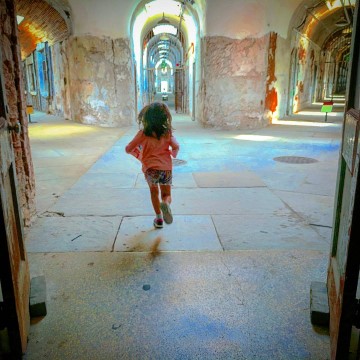 Visiting a jail wasn’t at the top of my list during our travels to Philadelphia with kids but when our friends suggested that we check out the Eastern State Penitentiary, I agreed. Why? Because that’s how you have a successful group trip with multiple families. It’s about give and take. I’ll also admit that it wasn’t a hard sell since I was intrigued but wasn’t fully sure how the 4 and 6 year old would take it. Having visited the Eastern State Penitentiary with 4 kids under the age of 7, let me tell you that the kids learned a lesson or two and definitely wasn’t intimidated by the space.

Eastern State Penitentiary was once the most famous and expensive prison in the world. Its sky-lit cells once held many of America’s most notorious criminals, including “Slick Willie” Sutton and “Scarface” Al Capone. The prison is currently a U.S. National Historic Landmark which is open to the public as a museum. What I found interesting was that this penitentiary refined the revolutionary system of separate incarceration which emphasized reform rather than punishment. 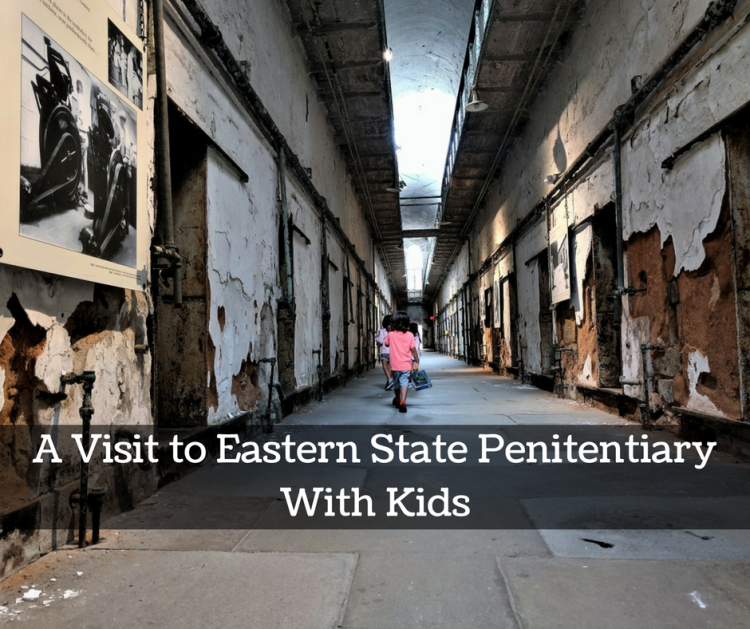 During our October visit we spent 2 hours roaming through the eerie hallways, walking into jail cells and listening to the narration on our headsets. The kids were relatively quiet as they explored the various rooms and were most interested in spotting the toilet bowls. Below are a few pictures to help you imagine what it’s like there now and what it felt like to be there in the early 1830s. 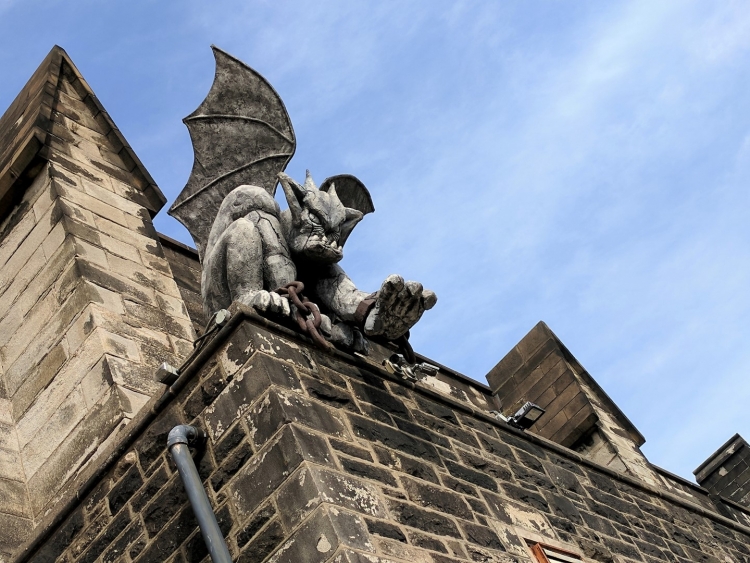 Every Halloween Frank and Carson – Eastern State’s resident gargoyles who weigh in at 300 pounds each – ascended to the top of the 40-foot front facade of the prison to usher in the official beginning of the Terror Behind the Walls season. 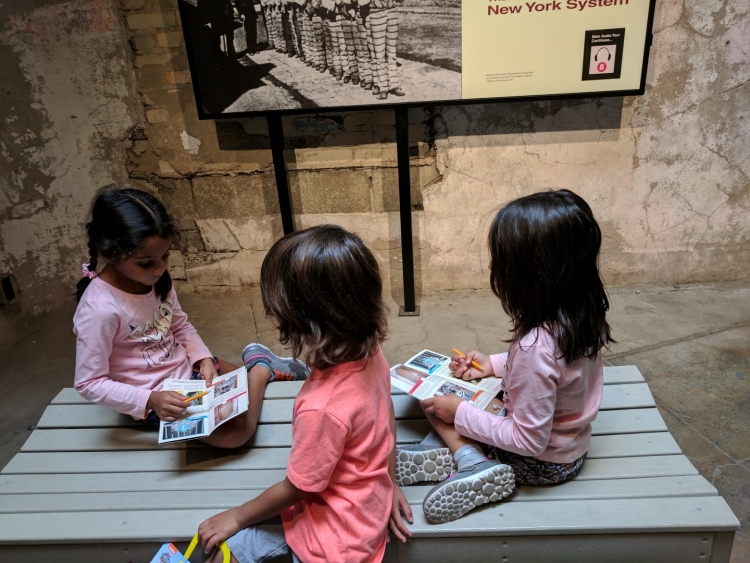 Kids were given a scavenger hunt booklet which kept them occupied. At the end of the tour they received a sticker for completing the book (okay they didn’t really complete it but they got a sticker anyway!) 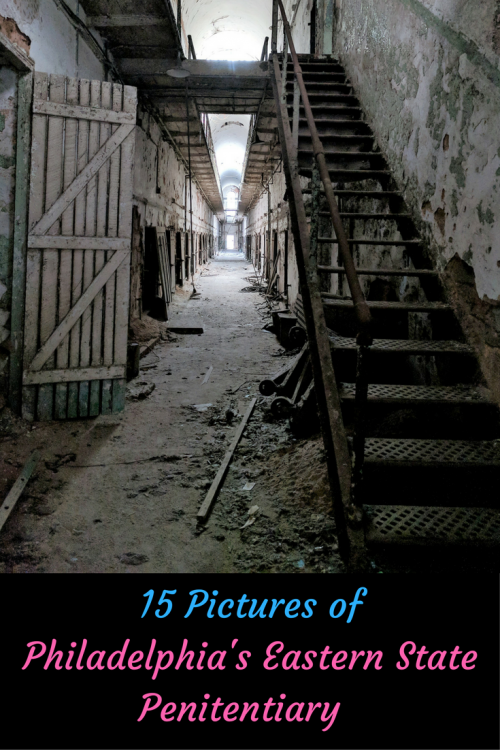