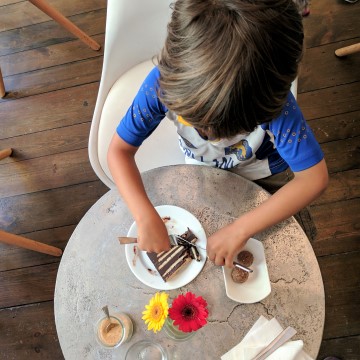 If you follow me on Instagram you know that we kept discovering cheap eats in Berlin and so on our last day we thought we’d find a proper sit down restaurant but instead, we went on a self-guided food tour in Berlin with kids thanks to a new app I discovered called bitemojo. The hubs and I belong to a travel group and that’s how I discovered bitemojo as the owners (fellow members) were inviting travel writers to try out their app. As you know, I love supporting small businesses and this sounded like a tasty project!

Disclosure : We received a complimentary tour but, as always, opinions are TOTALLY ours.

Downloading the app  (iOS / Android) and purchasing the tour was super easy and there are quite a few features I like in this food tour app so I thought I’d share our bitemojo experience with you. They have tours available in a couple cities (Rome, Barcelona, Berlin, Jerusalem and Tel-Aviv) and in Berlin they had about 6 tours for us to choose from which was great. We opted for the Mitte food tour mainly because we had been visiting Alexanderplatz daily and yet we hand’t eaten much in that area. I was very surprised when the app guided us to a pocked in the area we hadn’t discovered! Love that the app guided us to where the locals hang out.

Our tour was leading us to 5 spots and we could have spread them out over the course of a couple days (or 6 months even) if we wanted to, but we decided to do it all in one day. With kids, the flexibility bitemojo offer is a great feature. Check out the video below to see what we ate!

My favourite feature of the app is that we have COMPLETE flexibility on when we visit a restaurant as long as it’s within their hours of operation.  Okay, and the Google Maps integration because that is always helpful in a new city! The process to choose our dishes was easy once we had identified that we were there with our bitemojo app and while I did feel that the restaurants pick and choose dishes depending on availability, we did know what to expect at each place as the app had a menu outlined. At the BanhMi place I was a bit disappointed that they only allowed one (vs. 2) of us to have hot sauce when I mentioned that we’d like the kids’ one not to have any but the dish was very fresh and flavourful even without the hot sauce. I loved visiting Eisenbergs because the owner was so friendly and he shared his story and why he was serving each of the dishes. When he mentioned that instead of the Grappa filled chocolate the kids could choose his birthday cake (which is a traditional German cake his grandmother used to make and is supposed to represent a wheel barrow), that was the true icing on the cake. Also, I now know I need more Polish soup in my life!

We were disappointed when we couldn’t redeem the frozen yoghurt at the final stop but honestly, we were so full! So full that we didn’t want the quiche or tart they offered instead. We had already eaten Quiche at the stop before and tart wasn’t going to replace the need for ice cream on that hot day. What I didn’t realize was that we were able to “bank” those three credits and I can now use them if we ever visit a city with bitemojo in the next 6 months. All I have to do is find out which spots are featured in their city tours and just turn up with the app. I also received credits for reviewing each of the spots and those credits translate into free bites as well. 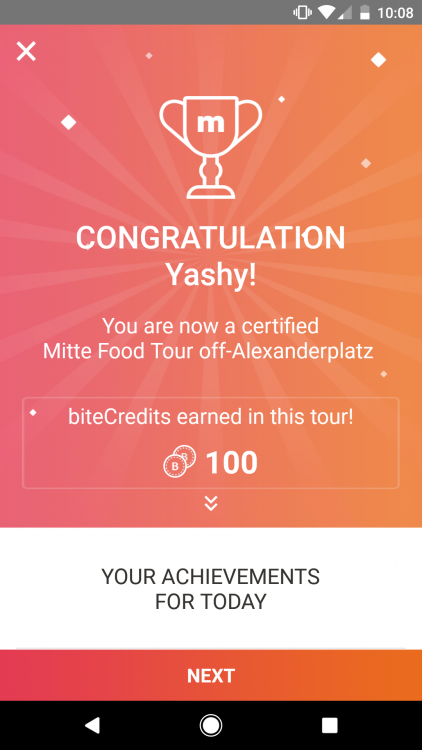 Using the app was easy, though my phone did freeze a couple times and needed a restart. The ability to use your phone to turn up at spots and sample local eats is just brilliant! Just ensure you have Wi-Fi or data. It was a fun way to discover a city we had already spent 10 days at and I hope bitemojo expands into the North American market soon! I

If you’re visiting Slovenia, check out how our friend Rudderless Travel experienced Slovenian cuisine with bitmojo! 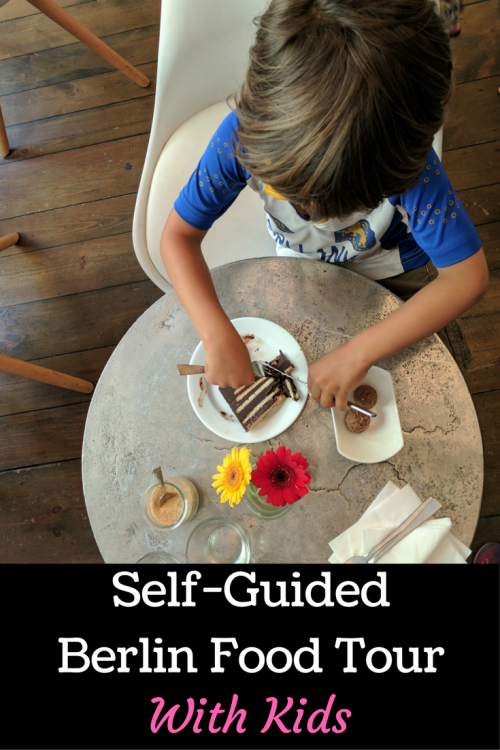