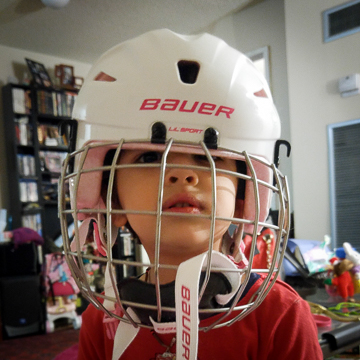 I admit that, like a lot of people, I care a little too much about sports. When one of my favourite teams loses a big game that I expected them to win, I become genuinely upset. It’s not like I am on the team or even know anyone participating in the game, but it still hurts, and year after year, I still go back for more. Oh, and if you do follow sports, prepare to hate me.  I need to admit that my three favorite teams are the Toronto Blue Jays, the San Antonio Spurs, and the New England Patriots. The Blue Jays won back to back championships when I was in my teens, while I have witnessed the Patriots and Spurs achieve more success than almost any other franchise over the past 20 years. I’ve had a lot of happy moments. Maybe that’s why I am still such a sports fan, but I doubt it. Millions of sports fans in the world have never seen their team win a championship. Those are the true soldiers. Their fandom is almost exclusively defined by pain. Yet, I want that for my kids. Is that wrong?

Our kids turn 4 and 6 this month, but I have been sowing the seeds of sports fandom for years. I have not only followed sports for decades, but played quite a few as well, mainly hockey and baseball but I have dabbled in almost everything. My favourite sport is basketball but I didn’t start playing until my late teens and so never had the chance to play in a league. Luckily, it’s the ultimate playground sport. In the interest of getting my kids to choose the sports they want to play, I routinely get our kids to play a bit of everything. 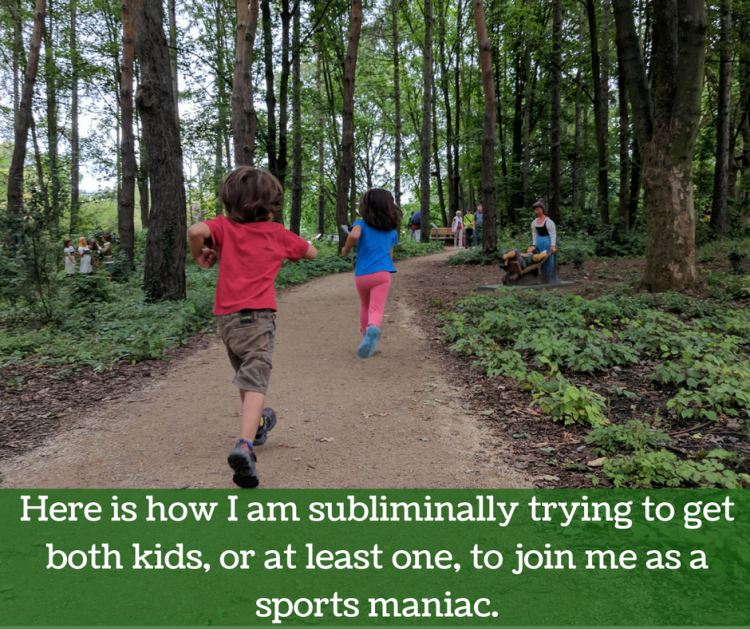 Variety hours in the gym

We don’t have a backyard but are fortunate that our condo has a squash court that has been converted into a multi-purpose gym. The court includes a basketball net but since the kids are far from being ready to play on a 10 foot hoop, we gather up our Nerf baseball set, a mini basketball and small soccer ball and bring them all down to the gym. Over the course of an hour, we play a little bit of each sport, plus throw in some dodgeball and a few foot races. So far, both kids love playing all the sports but since they do get frustrated as they learn, switching up sports keeps them from full on melt downs.

Much to Yashy’s dismay, we have a Little Tikes basketball net in our living room for shot practice. The kids were a little too young when we first placed it in their play corner two years ago, but now that their dexterity is improving, that net is starting to pay off. Our kids don’t initiate physical activity yet, but if I pick up the ball and start shooting, they are quick to join in.

Bringing them to my sporting events

I have started long distance running, following the lead of my own father. The kids still talk about the time they greeted us at the finish line (my Dad ahead of me, sadly). We are about to race again at the Scotiabank Waterfront Marathon and I look forward to greeting them the second time around. Our eldest, the Little Monkey seems to like running herself and so I intend to get her to join me on some short runs this fall. I used to love racing as a kid and so that gene has perhaps been passed on.

This is my secret weapon. I remember seeing “The Natural” as a kid and have never forgotten the moment when Roy Hobbs hits the light-shattering home run. I replayed that moment in my head hundreds of times as I practiced my swing at home and eventually had few great baseball moments of my own. I am thinking that I’ll start with “The Mighty Ducks”, “The Bad News Bears”, “The Karate Kid”, and “Space Jam”. If I am forgetting any good ones for kids, let me know!

The Raptors and Blue Jays

We took the kids to a Raptors game a few years ago but they were too young to follow the game. Still, the atmosphere had them buzzing. I came to Toronto as a kid and saw a Maple Leafs game from the upper deck of Maple Leaf Gardens and remember growing so jealous of Toronto for having a hockey team. My hometown eventually got a minor hockey league team and we use to go all the time. Live hockey and basketball are both enthralling and sure fire ways to get a kid interested in sports. Next summer, we’ll be attending Junior Jays Saturdays, where the kids get a chance to run the bases after attending a Blue Jays game.

With the Little Money 6-years-old, we’ll be signing her up for a few classes soon, likely gymnastics or dancing this winter, and then a summer soccer league next year. I have been told that some leagues in Toronto play on weekdays, which is a big help for families that tend to travel a lot on weekends. I recall first playing hockey at 5 and really enjoying it so I am confident that she is ready for more structured athletics. Meanwhile, out Little Man and I will continue to practice his swing in the condo gymnasium.

So it’s a full on assault. Yesterday, the Little Man sat down with me as I watched football and showed a bit of an interest for the first time. He’ll continue to be exposed to TV sports, and we’ll all be visiting the gym on a regular basis. Fortunately, they consider those exercise sessions to be a treat. Our son has also been using his scooter more and more lately, while our daughter masters her bike. Getting them to watch movies has never been a problem, and I think they’ll love the energy that most sports films emanate. Since Yashy is not a sports fan, I’ll be sticking with the master plan of bringing the kids over to my side. If I have missed any ideas, let me know!