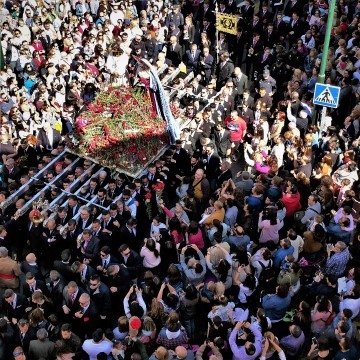 Prior to embarking on our 148 day adventure last year we had watched Anthony Bourdain’s episode on his visit to Spain during Semana Santa and I was intrigued by what I saw. When we finally found a renter and booked our flights to Spain I didn’t realize that we’d actually be in Spain for Semana Santa!! We had arrived at our GuestToGuest home and was woken up on our first morning by the tunes of musical instruments and the excited banter between people. I pushed the covers off our bed and wandered over to the window and saw the scene pictured here to the left. I immediately realized what was happening and grinned from ear to ear. Semana Santa in Spain was taking place that week and we were there for it!!!! I gleefully spent the entire week travelling through Andalucia with the kids and taking in everything I could about Semana Santa in Spain!

For those of you who may not be aware, Easter is a very important time in Spain and arguably more important than Christmas (as it should be according to Catholic doctrine). Holy Week celebrations continue to be respected throughout Spain and the entire country is on holiday that week to pay tribute to the Passion of Christ. There are many celebrations and gatherings (some solemn and some celebratory) and the streets are filled with people and yes, children are a huge part of Semana Santa too. We saw various religious brotherhoods and fraternities who were performing the penance processions on the streets and while I initially was distracted by the ornate statues and displays, I soon began to understand the religious aspects of the celebrations. I’m a Catholic and yet, I have never celebrated Holy Week the way I did in Spain. The entire community coming together and flooding the streets with such passion was a marvel to watch and be a part of. 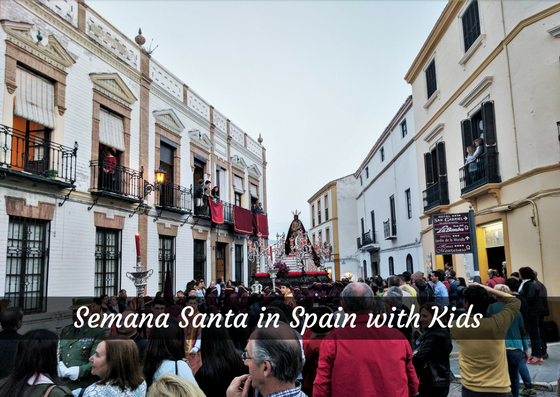 Each Spanish city celebrates Semana Santa in slightly different ways but at the end of the day, no mater where you go, you’ll see a number of processions and floats (called Pasos), one from each brotherhood in the city, being moved from their Church to the central Cathedral and then back to Church. Our host in Malaga told me that each procession is different and that the locals have their favourites which they follow. The type of music, the Church a float belongs to and of course, the time of day can all impact which ones families decide to participate in. I was once awoken at  2 a.m. and that definitely seemed to have a different crowd to the ones that took place at 10 a.m.! 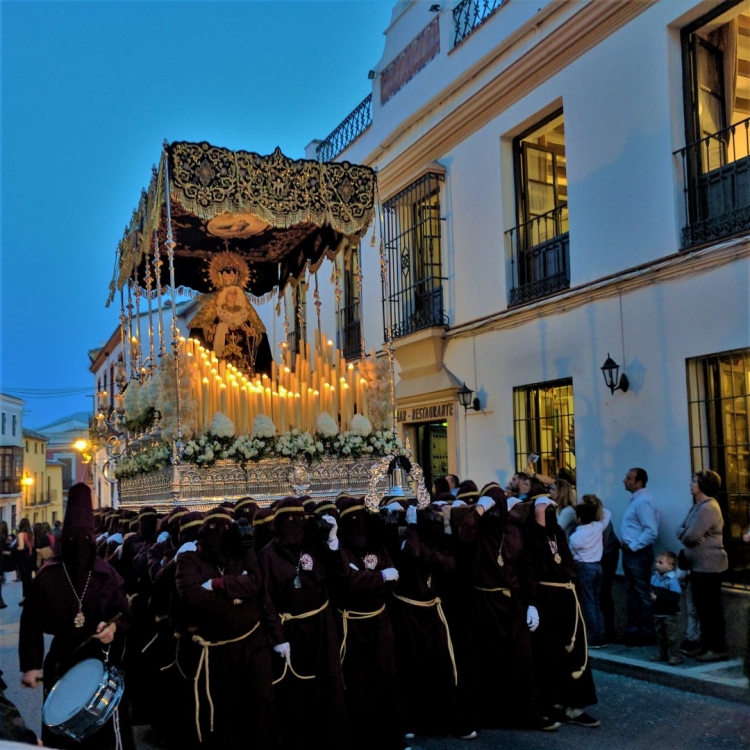 We were in Andalusia for Semana Santa and were informed that it all starts on Palm Sunday and continues until Easter Sunday. In other parts of the country (such as Toledo) celebrations could start two weeks before the official Semana Santa kickoff. The processions we witnessed in Malaga was filled with smiles and upbeat flamenco music and I was a bit confused as to why it wasn’t a more solemn affair (Jesus was nailed to the cross that week after all!). Malaga likes to keep things light it seems and most of Andalucia too! We noticed the same in Seville and Ronda but of course the people who walk the processions with the floats are performing an act of penance, repenting their sins. Some processions last over 12 hours I was told and I really did wonder about those carrying the Pasos! Apparently it takes 20-40 bearers (Castaleros) to carry each Paso and they practice all year long to carry this for Semana Santa. Despite switching out every couple hours, I heard that each year a special section of the hospital opens up to treat Costalero injuries!

In addition to the Castaleros there were the Nazarenos who were wearing pointy hoods and long robes (definitely wondered if they were related to the Ku Klux Klan and the answer is NO!) who were a bit scary for our kids but we quickly pointed out the different colours and told them that it was just a costume.

Of course Easter Sunday mass marks the end of Semana Santa and in Granada I saw that the hoods that had been worn throughout the week to signify mourning the death of Jesus Christ and their sins, were taken off to celebrate the resurrection. Throughout the week I also noticed that everyone in the crowd was dressed smartly and it wasn’t rare to see men in suits and women in fancy dresses. Having seen the celebrations in Malaga, Ronda and Granada, we missed Holy Week in Seville which is supposed to be the city where it is celebrated with much fanfare. Goals for our next visit will be to experience Holy Week in Seville!

If you have the chance to spend Semana Santa in Spain, I highly recommend that you make it happen. Of course, we have a few tips to keep in mind as you plan your visit. 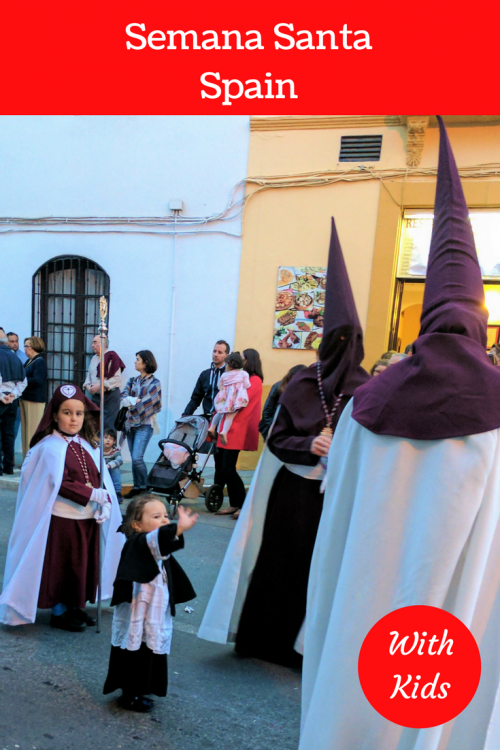