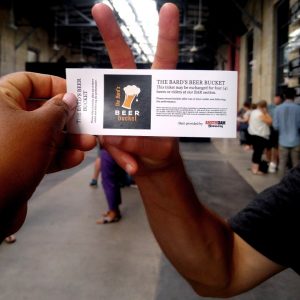 My anniversary gift from Yashy this year involved an evening away from the kids to attend ShakesBeer at Wychwood Barns in Toronto. Given the fitting title of the show, I hardly need to provide too many details on the overall theme of the production, and so let me guide you through our night at this unique Toronto experience.

ShakeBeer is not classical theatre, but to describe it as such would be an insult to the performers. Instead, the show, entitled “The Complete Works of Shakespeare (*Abridged)” was a very funny display of physical comedy, mixed with a little improv, and performed by three frenzied actors with an appreciation for Shakespearian excessiveness. The description on the web site is an apt one, “an irreverent, hilarious, fast-paced romp through the Bard’s plays”. I laughed frequently, and a few of the gags made me cringe (in a good way). The show’s originality made it a highly entertaining evening.

The venue, Wychwood Barns, is a hidden gem in Toronto. Located at St. Clair West and Christie, the spacious venue is ideal for small festivals and exhibitions. We arrived about 15 minutes before the performance, in time to grab a bucket of Amsterdam beer and enjoy the pre-show music by Jazz group Django Futuro. Sorry… Hot Jazz group, Django Futuro, to give you an idea of the lively, upbeat style of the band. The beer selection was a little disappointing. I am not a fan of the regular Amsterdam beer lineup that here included the 3Speed Lager, Cruiser Pale Ale, and the Boneshaker IPA. One of the brewery’s rotating selection of Adventure brews was available, a Kolsch, but the style is not for me and so I didn’t sample that one. Some of Amsterdam’s Seasonal beers are quite good, especially the Tempest Imperial Stout, which would have been a perfect accompaniment to Shakespeare, whose last play was titled, “The Tempest”. Sadly, that beer was not amongst the available options. 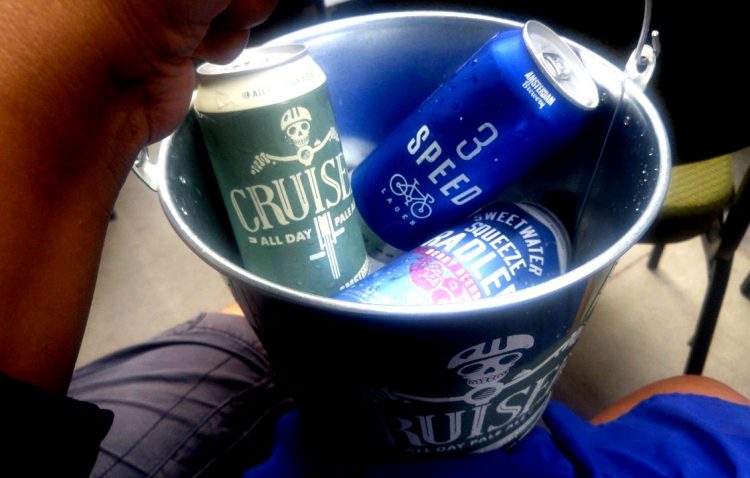 After enjoying the music for a few minutes, we moved behind the curtain, to the other side of the barn where the show would be performed. With approximately 75 people in the audience, the show had an intimate feel despite its grand setting. Shortly after we sat down, the festivities began. For the next 90 minutes, we were treated to several surprises, a number of well placed, lewd acts, and 3 back to back performances of Hamlet, which needs to be seen to be believed. One would need to be privy to rehearsals to understand the level of improvisation used in the show, but there seemed to be a few ad libbed lines that generated laughs. From experience, these types of shows are always a work in progress. An ad libbed line that generates laughs will often be inserted into the script for use in future performances. A great Penny Oleksiak joke during the show was one such addition to the script.

When we left, Yashy said that she felt she needed to know more about Shakespeare in order to appreciate all of the jokes. This is true to an extent. The show focuses mainly on “Hamlet” and “Romeo and Juliet”. A general knowledge of those plots and each play’s most famous lines is helpful. Reading a plot summary from “Titus Andronicus” would help too. The remaining plays are referred to marginally. 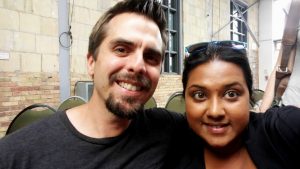 This gift was genius. I do love beer, having written an inappropriate number of articles about my favorite beverage on this site, a blog meant to focus on adventures in parenting. I also love Shakespeare, and I say that as unpretentiously as possible. In high school, I was fortunate to have an English teacher who went through “Hamlet”, “Julius Caesar”, and “Macbeth” with our class line by line (which is far more exciting that in sounds if one is in good hands). Later, I spent three summers with close to 2 dozen actors and 3 directors producing Shakespeare in Halifax’s Point Pleasant Park. I’ve seen several of Shakespeare’s works performed dozens of times each and read 28 of the plays. Once I got used to the language, the remarkable words took me on many an adventure. His words are beautiful.

I have forgotten about that beauty in recent years. It’s been a decade since I worked at the theatre, when I was enthralled with Shakespeare. The three performers at ShakesBeer are oozing with the same appreciation I once felt. Their lavish disrespect for Shakespeare’s plotlines (they joke that his stories are “Tarantinoesque”) betrays a deep affection for the works, leading to a production rich with ironic humour. I walked away feeling invigorated, fondly remembering those days when I read Shakespeare for months at a time. 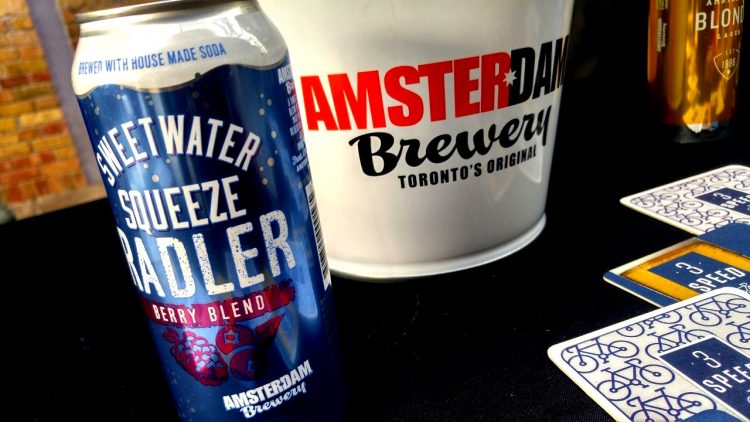 In a few more years, I’ll be trying to get the kids into the Bard too. While this show is not for little ones, I am always encouraged to see theatre like this performed. It aims to lighten the wariness many have for Shakespeare, and that’s a good thing. The SheakesBeer website says there’s new shows in the work, so I’d assume there’s some new ones lined up for the winter.