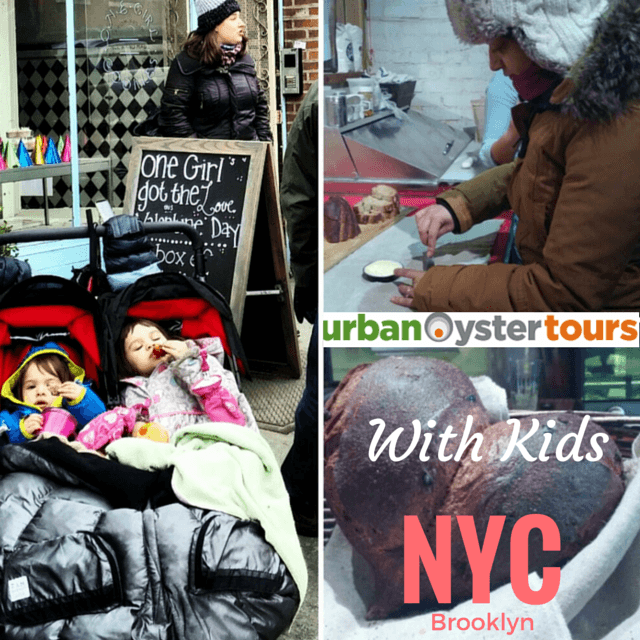 During our recent trip to NYC we were invited to attend an Urban Oyster food tour of Brooklyn with the kids, and that sounded like a brilliant idea. I had first heard about Urban Oyster when I was researching craft beer tours and their Brewed in Brooklyn one sounded very promising. Unfortunately kids weren’t allowed on this one and so when we were invited on the Brownstone Brooklyn tour our tummies were excited. We even bought tickets for our friends to attend the tour with us and so four adults and two kids joined the group tour one cold Saturday in February (coincidentally it was Valentine’s day too!).

Tickets are $60 + tax and kids under 3 years don’t need tickets. We purchased tickets for our friends online and it was an easy process with detailed confirmations and instructions sent to our inbox. The tour does start promptly and so if you’re running late, do give them a call. As luck would have it we ended up being fifteen minutes late and were stuck in the subway without cell reception! No worries though we caught up with the group easily and made it in time to sneak a bite and a quick sip of beer at the very first stop!

Disclosure : We received complimentary tickets for ourselves but as always, opinions are totally mine.

We were a fairly large group ( about 15 of us) and everyone was friendly and welcomed the kids. I was anxious about the spots being tiny and difficult to manoevre a double stroller in, but no worries there. It was only at one spot that we parked the stroller outside while we warmed up inside. The kids were extremely well behaved, Baby Boy took naps and both, he and Little Monkey enjoyed a few eats along the way ( they ate off our plates).

The four hour tour ( we went over by an hour) was most enjoyable mainly because our tour guide was very knowledgeable, full of foodie tips and history. The Brooklyn properties featured were all cute with many of them being family enterprises. From siblings to in-laws we met them along the way, learning about their passions and their journey. Did we love EVERY single item we sampled? No, not at all. Did we enjoy our day and then proceed to recommend a tour to others we met? YES! Given that it was an afternoon tour I was expecting a lunch oriented menu but we ended up visiting quite a few sweet spots ( some were FANTASTIC!) and so that would be my only wish – a higher savoury to sweet ratio. That said, we were stuffed at the very end and visited an array of spots including a Middle Eastern shop, a coffee shop and even a bar-resto. 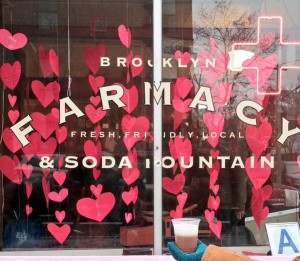 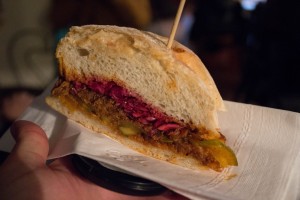 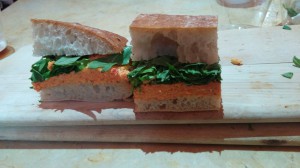 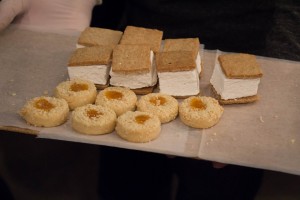 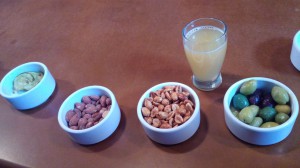 Urban Oyster offers quite a few food and drink tours in NYC including an immigrant themed one of food carts! I hear they’re working on a speak easy/cocktail tour and that’s one I’d definitely jump on given a chance! All their tour maps are available online and so you can tour around the locale on your own if you can’t make it on an official tour, however the food pairings and the anecdotes and history would all be missing – key components on what makes the Urban Oyster tours so fabulous.  Having run food tours myself, I know that good knowledgeable guides are what makes a tour. Ours was not only a true foodie but also compassionate and a fellow mom! 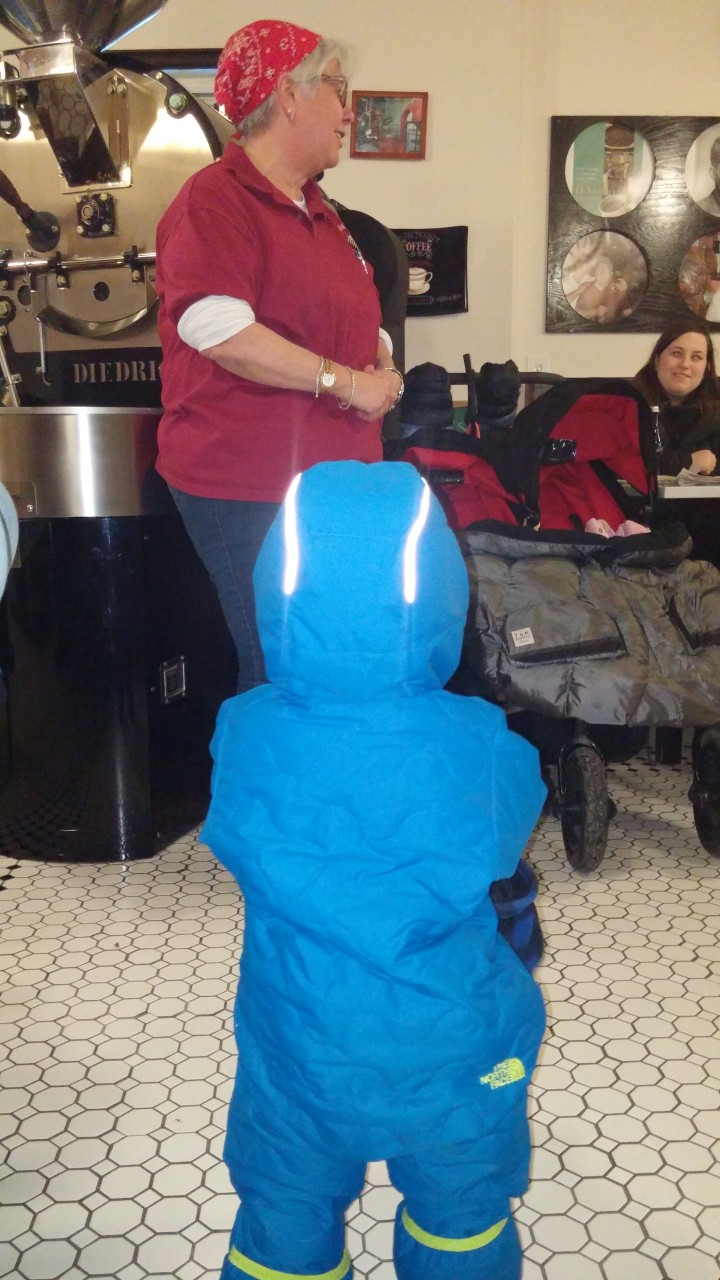 You’re walking through the Brooklyn Burroughs and on a cold day it can be a bit tough but there’s plenty of warmth awaiting you at each spot. We visited about 9 stops and had a sample of food, snacks or treats at each one. Our tour guide pointed out spots that weren’t part of the official stops but that were worth a visit to and I had high expectations of visiting a butcher that carried authentic key lime pies – obviously, given the amount we ate and the fact that I wanted to check out the Clover Club bar (yes with kids!!) meant that I never got that key lime pie. Always next time right?

My favourite spot would have to be the famous Bien Cuit bread shop where we not only learned about the French style of baking but also got to sample a few breads, nibble on chocolate (it was VDay after all) and make use of our discount to buy some bread for dinner the next day. Most of spots we visited offered a discount for those on the tour and so that was a great way to pick up a few things along the way.

Baby Boy was quite happy to roam around at our second last spot where the owners welcomed him with a smile and even filled up his milk bottle for him! The next time we’re in NYC we’ll definitely be signing up for another Urban Oyster tour! Tours do sell out so be sure to buy your tickets in advance if there’s a specific tour date you’re after.