Growing up in Asia and the Middle East, the concept of Saturday morning cartoons was a foreign one for me because our weekends were Thursdays and Fridays growing up in Dubai. Chris of course was all about the Saturday morning cartoons and have fond memories of huddling in front of the telly. Our kids are growing up in the on-demand age and can technically have cartoons whenever they want. Only thing standing between them and their cartoons are us parents! When the folks at Corus Entertainment and Teletoon invited the kids to celebrate a new cartoon series, Hotel Transylvania: The Series, which airs on Saturday mornings (don’t worry, it’s also on-demand!) my kids were pretty excited to hear about the cartoon version of the Hotel Transylvania movie. Hotel Transylvania: The Series focuses on the teenage years of Dracula’s daughter, Mavis, and her three closest friends Hank N. Stein, Pedro, and Wendy Blob. With Dracula away on “Official Vampire Business,” Mavis finally sees her chance to show her father what she can do.  I thought the cartoon was a bit over my kids’ heads when we watched two episodes at the event but they binged on the cartoons last weekend at my parent’s place and watched both movies back to back as well. Given the Halloween theme in the air last week, I guess it was very appropriate. Looks like we’ve finally moved on beyond the My Little Pony and Paw Patrol stage and I couldn’t be happier!

This weekend we have a play date lined up and probably a couple hours in front of telly as the clocks go back!  Leaving you with a few pictures from the event where Baby Boy refused to have his face painted, yet again! 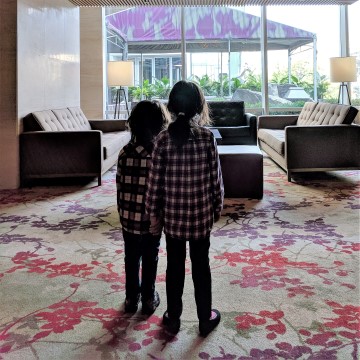 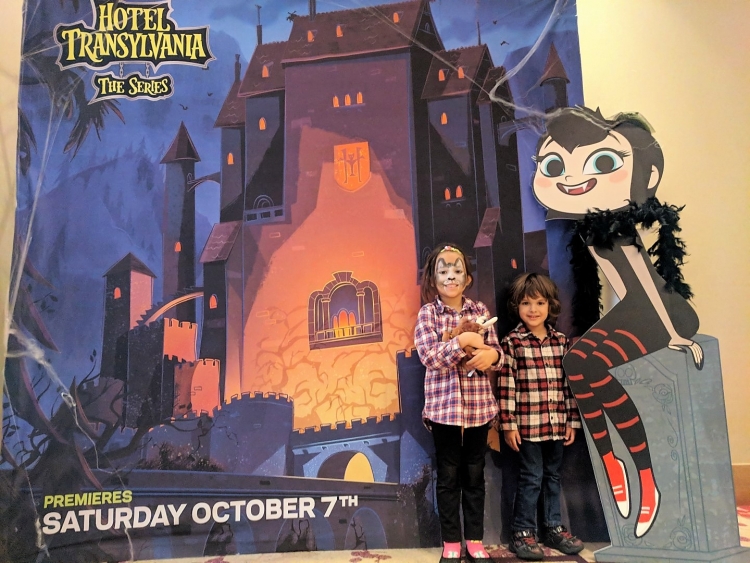 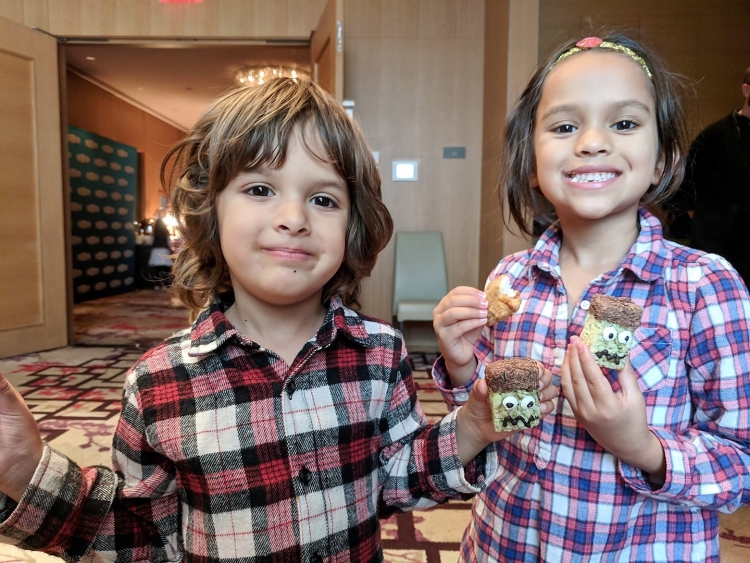