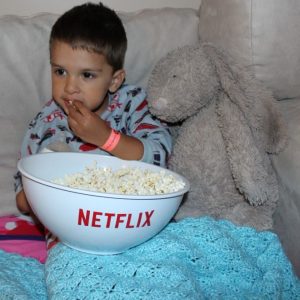 The hubs and I had a long discussion about when pre-school aged Little Monkey was REALLY ready to go to the movies. As you may know, he’s a movie snob who does not tolerate even the slightest distraction, and so he obviously wanted to be respectful of those around him when he took his child to the movie theatre. Over the years we’ve taken Little Monkey and Baby Boy to see various previews and screenings where we knew it was only children/families in attendance and now soon to be five Little Monkey is thrilled to attend regular showings. Back in June we had a similar discussion because I wanted to bring Baby Boy along when the hubs and Little Monkey were going to watch Finding Dory (mainly because we had no sitters available and I too wanted to see the movie. Also because I KNEW Baby Boy was ready). 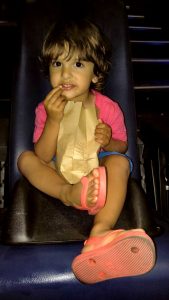 The hubs refused. Profusely. As you can imagine, I was determined to show him that I was right. Our kids sit in front of the tv and watch Netflix  shows and Youtube videos for hours at a time but the hubs argument was that these videos are mostly twenty minutes long with most Youtube videos being under five minutes in duration, and so Baby Boy’s attention span wasn’t actually all that long. I took a couple steps to illustrate that Baby Boy was ready and truth be told, only one thing REALLY convinced him and it’s the best advice I have for any parent hoping to take their kids to the movies and have the child actually sit down and watch the entire screening.

It’s as simple as that really. We turned the lights off, played Finding Nemo, told them no one could talk during the movie and snuggled up on the couch with a bowl of popcorn.

We had a few comments and questions pop up from the peanut gallery but we hushed them quickly and that was that. We also watched Shark Tale and it was a success!

Our Finding Dory move watching experience at our Cineplex theatre was near perfection because of the steps we took to ensure that Baby Boy was ready for the movies.

Here’s some tips for taking kids to the movies 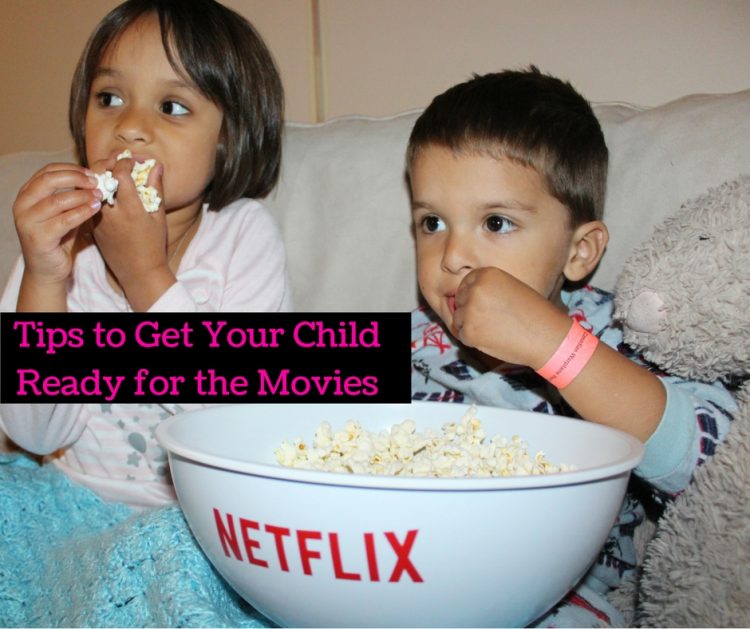 Here’s what we have lined up to explore next at home. Little Monkey has watched some of these but it would be Baby Boy’s first. All are on Netflix luckily for us!

Do you have more tips on how to prepare your pre-school aged child for the movies? Baby Boy has been watching Star Wars lately and I’m not really sure how or what draws him in but the kid is addicted to that movie!