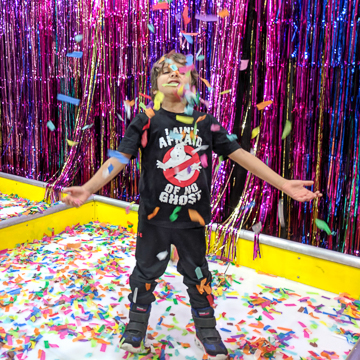 A strange confluence of worlds is happening in our household lately. The kids and I have been watching many of the movies I loved at their age. Most of these films have aged well, despite the limitations of 80s special effects. The kids have loved many of them too, but after watching the originals, we have been seeking out the remakes made in recent years.

A number of popular 70s and 80s family films have been remade, or re-imagined. Some critics lament the lack of originality in Hollywood they days, leading studios to lean on past successes when choosing future projects. For parents through, its nice to have options. Anyone who has had a family member watch the same movie over and over for months on end knows what I mean.

Since many of these modern updates have not achieved the same beloved status of the originals, I was curious to see what the kids would think. They are after-all, the next generation of filmgoers.

Our experience with remakes started with “Annie”, a film that was beloved in my household (by everyone but me). Since both my sisters and Yashy all love the 1982 film, we figured that our Little Monkey would too. She certainly did. The movie is downloaded to her iPad, and for a while, it was her go-to entertainment when she wasn’t connected to the Internet and could’t lose herself into YouTube.

We later noticed that the 2014 remake of “Annie” is available on Netflix. So we decided to introduce our daughter to the concept of a remake. She loved that movie too, even more so in fact. So the new “Annie” is now her go to iPad entertainment. I always catch her humming the songs, and every time I asked the kids if they want to watch a movie, she gasps, “Can we watch Annie?” To which my response is always, “No. We need to watch something you and your brother haven’t seen.”

I am not surprised that she likes remake more than the original. The first “Annie” certainly seems dated at this point and bears no resemblance to our daughter’s world. The soundtrack of the latest Annie has a Pop Music influence that make the songs more lively and its setting in modern day New York City looks a lot like the Toronto that our daughter experiences everyday. Both films were critically panned and so the quality of the two movies is about the same, but I think people my age are surprised to hear of her preference for the latest Annie. 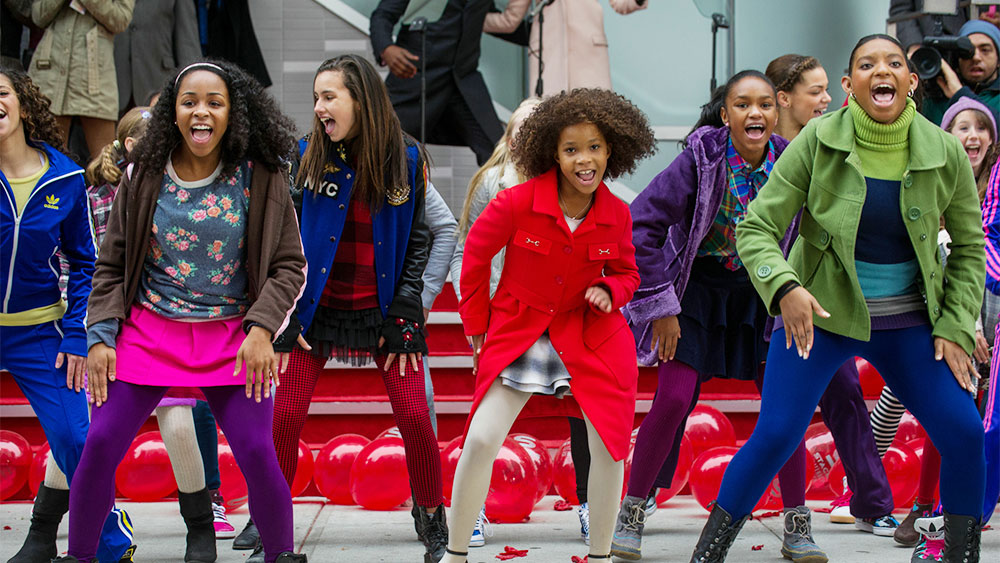 The 2014 remake of “Annie” brings the film into a modern setting.

The Ghostbusters Battle of the Sexes

More recently, we followed the same path with “Ghostbusters”. After we watched the original film a few months ago, our kids were enamoured with it. The Little Man even requested a Ghostbusters theme for his 5th birthday party. I was surprised that they enjoyed the movie so much. The dialog contains a number of jokes that our kids definitely didn’t get, but the visuals were interesting enough to keep them entertained. The appearance of the Stay Puft Marshmallow Man was a thrilling moment for me in childhood, and it is no less effective today. Since seeing it, our Little Man now calls “Ghostbusters” his favourite movie, placing it above his beloved “Star Wars”. I consider showing them the 1984 classic a parenting win.

Then this past weekend, I put on “Ghostbusters: Answer the Call”, a re-imagining of the original story released in 2016. Yashy and I went to see the film in the theatre when it was released and I enjoyed the new look. The new team of Ghostbusters consisted of three Saturday Night Live Alums as well as Melissa McCarthy, a comedic team that rivals the Bill Murray led cast of the original film.

While the cast was hilarious, I didn’t love the updated special effects, which had a cartoonish look, and the ending of the film contained none of the thrills of the original, but I found it to be very entertaining. The movie flopped at the box office. Critics liked it a lot more than audiences did. Sadly, the film is often remembered for the online bullying that the all female cast were subjected to on social media, particularly Leslie Jones, who essentially had to beg Twitter executives to take action. The Ghostbusters update got a raw deal, except in our house.

I put the film on and despite their initial confusion that the Ghostbusters themselves were different, our kids were hooked. I figured that they might get a little frightened, but the cartoonish look of the effects actually made the film more enjoyable for the kids. Afterwards, I heard them talking about the movie in their room and both were in agreement that the new Ghostbusters are better than they old ones, with our daughter adding, “and it’s not just because they are girls.” as our son nodded in agreement. The cinema lover in me was a little disappointed that they preferred the remake, but I was happy that they enjoyed it. Perhaps there is hope for the Ghostbusters remake with future generations of (non gender-biased) movie watchers.

On the same day, I put on “Jurassic World”. While not technically a remake of the original classic, the film hits a lot of the same notes. The big dinosaur escapes and the kids get caught in its cross-hairs. When “Jurassic Park” was released in theatres in 1993, the special effects foreshadowed the look of summer blockbusters to this day. The lifelike dinosaurs, created entirely with digital effects, were a marvel at the time. Now, they are an afterthought. Like the original “Jurassic Park”, with its tongue in cheek references to it being theme park-like experience about a theme park, “Jurassic World” is story about executives taking risks to entertain audiences who are bored with “regular” dinosaurs.

When we watched the original “Jurassic Park”, our son had to look away during the famous T-Rex attack on the convoy. He made it through the rest of the movie though, and it became an awakening for both he and I. He didn’t have nightmares like he thought he would, and his love of dinosaurs began. My shopaholic Mom found out and proceeded to buy him an army of dinos.

“Jurassic World” is a much more violent film than the original. Teams of soldiers are ripped apart by the film’s new creation, the Indominus Rex. The dinosaur is such an unstoppable force that she attacks everything she sees, including other dinosaurs. Our kids began to worry about the fate of the others dinos as much as they did the main protagonists in the film. Despite the frightening nature of some of the scenes, this one didn’t scare the kids much either. I thought that it was a good movie but nowhere near as great as the original. To date, I have been scared to ask the kids what they think. I suspect they have a preference for the bigger, louder experience of “Jurassic World”.

I have nothing against remakes and can note several instances when the remake surpassed the original. Even Alfred Hitchcock remade one of his own films, “The Man Who Knew Too Much”, because he must have felt that he could improve the original. While it does seem that remakes often fail to recapture the magic of their predecessors, we are learning in our household that modern filmmaking techniques and the use of surroundings that are more familiar to a younger generation can help them to embrace classic stories.

Disney is betting big on remakes, and succeeding. Using today’s technology, they have brought many of their famous animated films to life, including “The Jungle Book” and “Beauty and the Beast”, which were major hits and beloved by critics and audiences. Next up is the “Lion King” and I suspect every family I know will be seeing that one.

“Star Wars: The Force Awakens” is both a continuation of the original trilogy and a virtual copy of the original film’s story line. I am excited to have new Star Wars films to enjoy with the kids, but in the case of “The Force Awakens”, would have preferred that the film be a little more original. Luckily it’s follow up, “The Last Jedi”, offers a number of refreshing concepts and is one of the best Star Wars films to date.

So our household will continue to watch classic movies from my childhood and then check out any existing or impending remakes. As a movie lover, I am open to any concept that gets my kids as excited about the cinema as I have always been. I may not agree that the new Ghostbusters is better than the original, but I love that my kids and I are having the conversation.