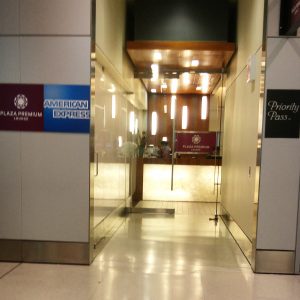 We recently jumped on a new BMO Mastercard Air Miles credit card offer, and as you may recall, some of the perks included bonus Air Miles, discounted mileage redemption AND lounge passes. Last week we finally boarded the flight to Sydney, Nova Scotia that we had booked using those points. Since the original booking of the Air Canada flight kept getting delayed, we knew we were in for a late night with the kids. Original flight booked over six months ago was for around 9 p.m. but by the time we actually left, it was closer to 11:30 p.m. The delays forced us to explore the Plaza Premium Lounge at at the Toronto Pearson Airport with two kids under the age of five. 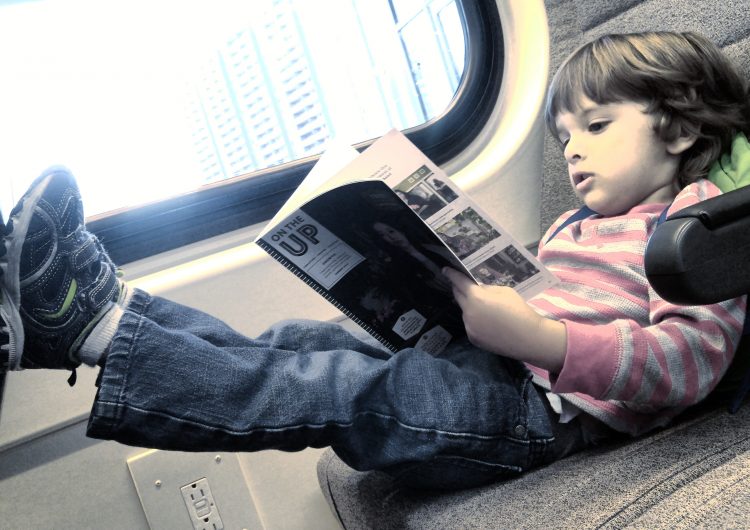 I was totally dreading the late night flight and wasn’t sure how cranky the kids would be. We managed to sneak in an afternoon nap for Baby Boy and gave ourselves plenty of time to get from downtown Toronto to Pearson airport so that none of us would feel rushed or stressed. Since first taking the Union Pearson Express train from downtown to the airport back in May, we’ve been hooked. The lower rates of $9 per person (if you have the Presto card) combined with the fact that kids under 13 ride for free, makes it a no brainer. Within 25 mins we were at our terminal and there’s no way we would have been able to do that in the middle of rush hour. 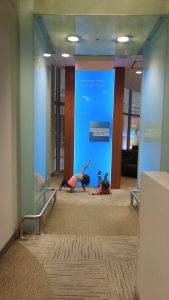 Everything was smooth sailing for the start of this trip; we checked in, was whisked through security and had over 1.5 hours to spare (when we thought our departure was 9:30 p.m.). With all that time, we decided we should put the lounge passes to use and headed up to the Air Canada lounge in the hopes of using the two Air Canada lounge passes a friend had shared with us and combining it with the two free Priority Passes we received through the recent credit card application. Kids don’t enter for free unfortunately. That said, we were told that only two could enter with the Air Canada passes and the other two would have to go downstairs to a different lounge that accepted the Priority Passes. The option to pay for the two additional guests were not an option either. This is how we ended up at the Plaza Premium lounge at Pearson International airport Terminal 1 in Toronto.

With it being our first time at this lounge, we weren’t even sure if paying USD 27 for the kids (same price as adults) would be worth it but we were greeted with smiling faces and informed that the lounge closes at 10:30 p.m. At 8:00 p.m. we laughed and said we’d be well on our way by then but we were there until the very last minute! We settled in our own little cubicle which allowed Baby Boy and Little Monkey to stretch out and be a bit goofy without the danger of tripping anyone and the hubs and I made good use of the bar and the food. 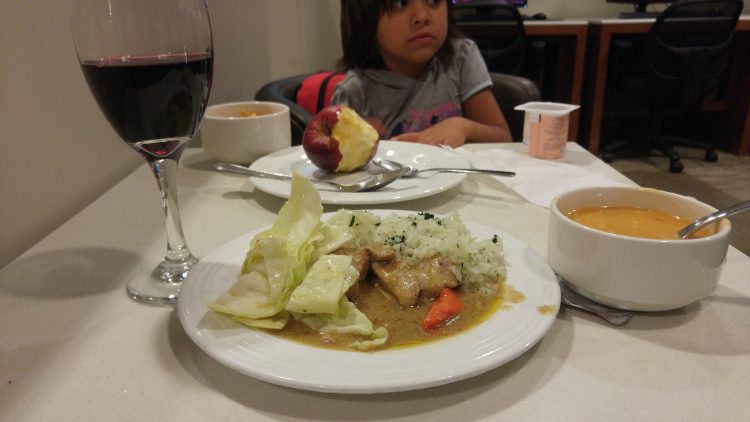 Having paid USD 27 I can say it was well worth it as we filled our bellies on the Thai soup, green curry, rice, noodles, fruits, veggies and salads. They even had nuts and gold fish which I stocked up on for flight snacks! Given that I also enjoyed three glasses of wine as well, it’s safe to say I would have spent way more had I gone to a restaurant at the airport instead. 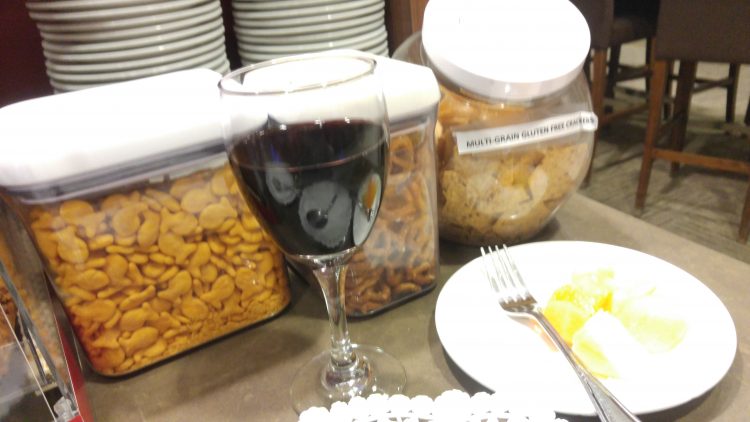 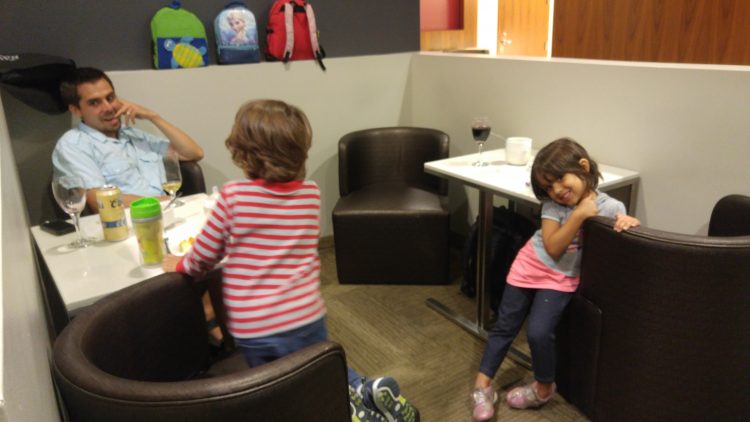 The Plaza Premium lounge had an American Express section which had plenty of seats to lounge around at and there was also a closed off area for those watching TV. There were showers available but it was locked each of the three times I tried to scope it out, so I’m assuming it’s a popular feature!  I wouldn’t mind seeing some discounted pricing for kids and a change table on offer at the lounge but overall, given the state we were all in, we were so thankful for the lounge access. Anyone can walk in to this lounge and pay to enter which is something one cannot do at most lounges (regular walk in costs range from CAD 40 for two hours to CAD 70 for six hour but we had discounted pricing because of the Priority Access membership through our credit card). Honestly, the lounge saved our night because the kids were able to play around and enjoy some dinner and milk (yes!! I stocked up on milk for the flight too!) which put them in a good mood. They were awesome on the flight minus a few yells when Little Monkey’s tablet wouldn’t cooperate and Baby Boy quietly watched his iPad and fell asleep. We arrived into Sydney, Nova Scotia around 2 a.m. and the smiling grandparents were all the kids needed to get their second wind! If you find yourself at the Toronto Pearson airport with kids and plenty of time on your hands, the Plaza Premium lounge is worth keeping in mind as they have spots at each of the terminals. They may not have special toys or anything specifically for kids but the cubicle/pod spaces are great at containing them and of course the access to unlimited food and drink!