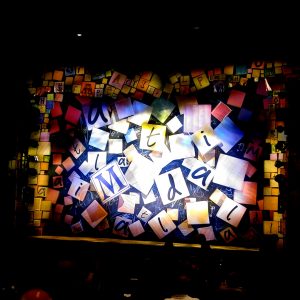 I remember borrowing books from our classroom library throughout my schooling years in Dubai and Roald Dahl’s books were always so popular. Over the years my parents bought me my favourite ones and I recall Matilda being one many of my friends gravitated towards. I also have fond memories of us eagerly waiting to read it during my Junior 6 year when I was about 11 years old. Being an avid reader I easily identified with Matilda despite having loving parents. When I heard that MATILDA was heading to Toronto I knew I wanted to see the musical but life and the lack of sitters got in the way so it wasn’t until last week, three months since MATILDA THE MUSICAL arrived to the Ed Mirvish theatre, that I managed to experience the pure delight. 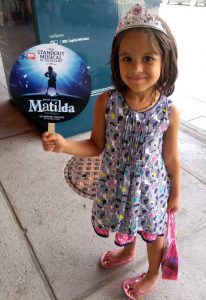 The hubs was too busy rooting for the Blue Jays that he decided to stay at home with the kids and my dad, while my mom and I attended the 7:30 p.m. show on a Tuesday evening. Months after opening night, the Ed Mirvish theatre was still packed and this explains why the show has been extended into January 2017!! The audiences are loving MATILDA’s adorable cast and comedian Tim Minchin’s witty songs which is why the musical has been garnering every award you can think of …  Olivier, Tony, Grammy…. the list goes on my friends!

My mom and I both enjoyed the two hour musical and while I did spot many kids in the audience, I don’t think Little Monkey would have sat quietly for this one. The engaging musical allows kids aged as young as 6 to attend but I know five year old Little Monkey would have asked me many questions – “what are they saying, I don’t under the accent” “why is she being naughty?” “why are they so mean?”. I may say that this musical would be best for those aged 8 and above. All that said, I couldn’t help but think of Little Monkey during the “swinging” scene because that’s exactly what she does as she yells “to infinity and beyond!”. 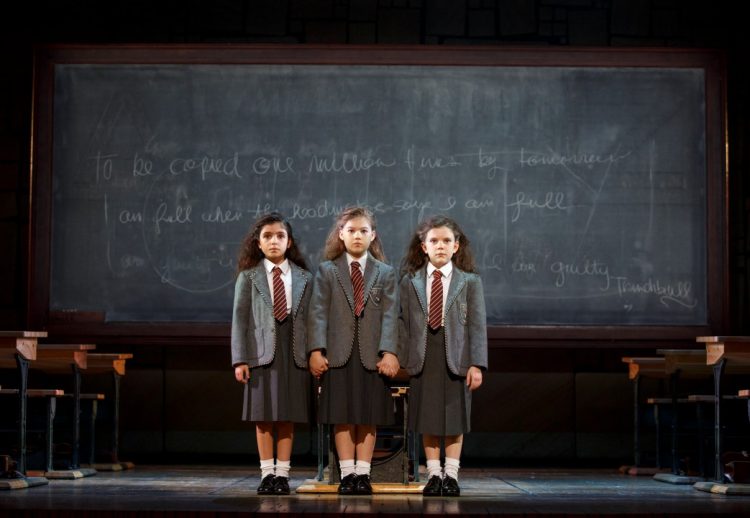 The young cast truly blew me away! The entire cast of young ones were absolutely amazing and having met two of three charming little ladies who play the lead and seeing Jaime MacLean in action, I know they are each immensely talented and capable of pulling on your heart strings at the right moment without asking for pity. I truly hope their messy knotty hair is a wig and that their poor caretakers don’t need to comb through that mess nightly!

Another favourite actor (despite actually being a horribly mean character) was Miss Trunchbull played by the brilliant Dan Chameroy! Wow… does he play that part ever so well!

“Ever since the day Doc chopped the umbilical cord, it’s been clear there’s no peer for a miracle like me!”

You know how much I loved that clever nab at the parenting culture where everyone’s a winner and every kid is always right!!! Matilda is a feel good musical and definitely one grandparents would enjoy for a night out with kids (aged 6 and above) so if you’re looking for Christmas gifts, put this on your radar and see it before it leaves Toronto on January 8th!

As for me… Our Newfoundland connections, recent travels there and my love for celtic and “old time” music puts COME FROM AWAY on my must see list to round up the year!