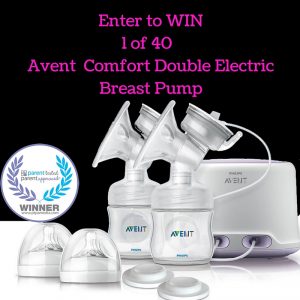 A couple months ago I had a friend of mine share her bottle feeding journey with you and this week, I invited her back to share her breastfeeding experience. As many of you know, I totally lucked out with an excess supply of milk and infact, it was engorgement issues that I experienced. My pumping days are also long gone (wohoo!!!) and with a toddler and a newborn at home, Nikita is at the start of her breastfeeding journey for the second time. When I saw the massaging petals on her Avent Comfort Double Electric Breast Pump, I definitely wished I had those during my pumping days!! My pump’s flanges were VERY hard! We also have the chance for you to win a breast pump so do read on!

Disclosure: I am part of the PTPA Brand Ambassador Program with Philips Avent and I received compensation as part of my affiliation with this group. The opinions on this blog, as always, are totally mine!

It’s no accident that us Mums cannot really remember how crazy/stressful/emotional the first few weeks after giving birth are, no matter how many children we’ve had. I think it’s Mother Nature’s way of making sure we conveniently forget so we continue to procreate and further the human race.

My second son is about a month old and I’m still desperate for support, assurance and reassurance – even though he’s my second baby within 3 years. 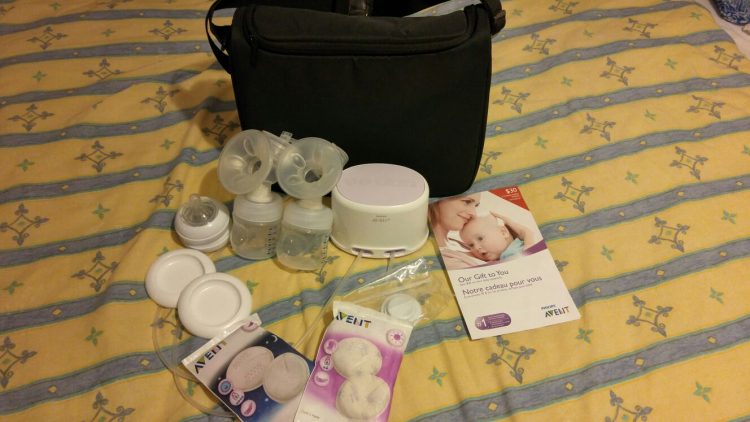 My journey with breastfeeding started a little easier than with my first son. The second one latched on perfectly a couple of hours after birth. However this is where the difference ended. I still went through the red raw nipples, wrestled with flailing arms and was continuously adjusting the sleepy mouth of a slightly jaundiced baby. Each feed took up to 3 hours in those first two weeks (including both boobs and a nappy change). Naturally I was exhausted and so was the baby, meaning I had to deal with a latch that slipped every 10 minutes or my supporting arm would slump. Yawn, whimper, repeat.

After waiting the obligatory 2 weeks to establish some semblance of breastfeeding, I was DYING to use the Avent Comfort double electric breast pump to give my nipples a break. I was also looking forward to starting baby on the bottle early so that someone else (anybody else) could feed him (for a change) while I took a shower.

I had used a different pump with my first baby so I was curious to try a different brand. I immediately liked the sleeker, separate bag it came in (my previous one was built into the bag). I also liked the extras it came with: two pairs of disposable breast pads, a pair of Avent Natural nipples, bottles and flange covers, and some coupons. It was also a really nice lavender colour and compact size -about as big as a soup bowl. 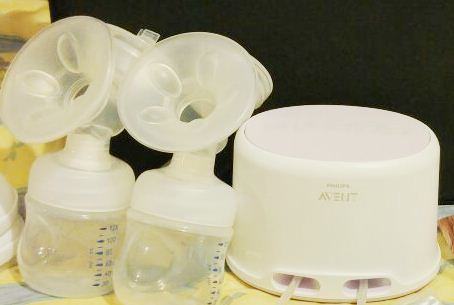 My first piece of advice when using this pump is to READ the instruction booklet, even if you have used a pump before. No amount of YouTubing demo videos will replace it (yes, I tried). Otherwise you’ll end up like me in a fervent attempt to start pumping without inserting the valves and be left wondering why there’s no suction 5 minutes in. The booklet offers handy tips on when to pump, what to expect and most importantly how to clean the parts. There are more parts to clean than the Medela mainly because of the added massage cushion feature. But they are also what I liked about this pump. It did make pumping more comfy, shielding any hard plastic from rubbing against my already sore boobs.

The second tip I have when using this pump is to make sure you have those cushion pads fitted snugly and securely around the flange to ensure optimal suction.  The Avent Pump is easy to use and the slanted design of the flange allows you to sit back and relax – kind of like they encourage you to do when starting out breastfeeding. Other pumps require you sit up straight or worse, lean forward to avoid leakage. I would say the Medela pump was more powerful than the Avent but due to those comfort cushions I felt this was kinder to my nipples and breasts overall. 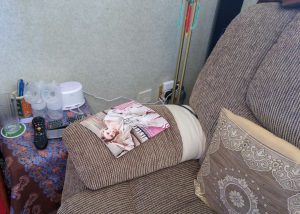 I definitely prepared my ‘pumping spot’ to get comfortable. That meant having the phone, iPad, unopened mail, a magazine and a gargantuan glass of water next to me while sitting in front of the telly (yes, I also had all 3 remotes with me). Online literature tells you to pump for 10-15 minutes to completely drain the breasts but I pump for 30 minutes, as it was comfortable enough to go that long- making sure I got every last drop out. That and well, it’s how long an episode of Modern Family took to watch.

I have been using the pump for a few weeks now and I noticed that having a double pump has definite advantages over a single electric or manual pump. Mainly that it saves so much precious TIME. Trying to fit pumping sessions in while looking after a toddler and a newborn requires military discipline.  So any time saving or multitasking you can do is vital. I try and wait till both kiddies are asleep or about an hour after breastfeeding to pump. This can be easier said than done because I still feel like I’m constantly breastfeeding. Some days I get lucky.

If I only had one bottle left the pump can be easily be converted to a single but the double pumping is so convenient I always try to have two clean bottles. I have also tried pumping one breast while breastfeeding on the other. I did wonder if I could pump directly into the Avent milk storage bags but it doesn’t seem clear that this is possible to do securely without any leakage. 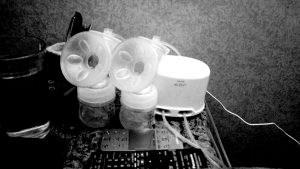 If Avent made a bra to go with this pump allowing me to be hands-free I would probably buy it. My clumsy re-engineering of my nursing bra will have to do for now (a technique that is also YouTube-able, ladies). Lastly I wish this double pump came with a battery option rather being chained to a power socket.  Currently only the single electric pump allows this option.

Pumping at the start can be a bit discouraging as you fall victim to measuring your self-worth as a milk-producing mum against the tiny little numbers on the side of the collection bottle. This will improve as you get into the grove of breastfeeding and pumping. Breastfeeding and Motherhood in general is about confidence. Family members asking you if you’re ‘producing enough’ or if milk is ‘coming out at all/fast enough’ – not helpful while you try and calm your screaming baby. It can also seem like goal posts keep moving, especially at the start e.g “wait 4 weeks and it will get better, er… make that six weeks” well-meaning people say. Most of all it’s about perseverance and trusting your instinct – another one of Mother Nature’s gifts.