You know when it’s a late night and you need to grab a few drinks and dinner with friends and the baby? Yeah.. The Harlem Underground West Side is definitely a crowd pleaser for all involved! This past weekend after a busy Saturday we decided to link up with some friends for dinner at 9:30 p.m and decided on an impromptu visit to The Harlem Underground. 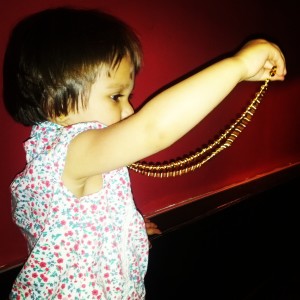 What I love the most is how welcoming the team here is. They have two high chairs and greeted us with smiles both times we’ve been here. I will admit that they weren’t busy on both occasions we’ve visited and that service can be a bit slow as there seems to be just one server (may be the owner?) who actually takes the orders. Food and drinks come out quickly once the order has been taken. We had a poop scare and were told to hit up the back patio to change as the bathroom didn’t have much space, very nice of them! Ofcourse it was a false alarm and we didn’t actually need the change. Still teaching the difference between a “toot” and a “poop”! This time the Little Monkey once again got “beaded” and was thrilled! Given that it was Caribana weekend it was very appropriate! 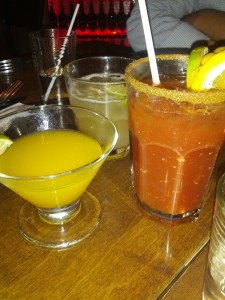 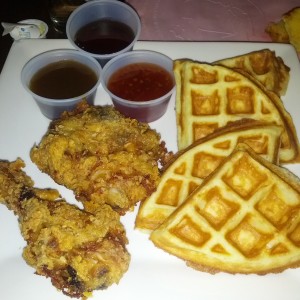 A couple rounds of cocktails proved the Miles Davis to be a popular choice, though admittedly most of their cocktails were well crafted. The menu is a fusion of Afro-American and Afr0-Caribbean which means it’s a great addition to the Queen West area. I had the Fried Chicken and Waffles and the Little Monkey and I were fighting over it! We both loved it and surely I should I have ordered another plate for her! The plate came with maple syrup, gravy and a sweet and spicy sauce (which I later found out was a scotch-bonnet-coriander-lime syrup). I enjoyed the gravy on my waffle  but occasionally mixing the sweet and spicy syrup with the gravy proved to be a winning combo. The chicken was fleshy and the crust flavourful. Definitely a perfect late night eat. 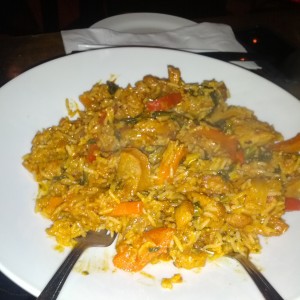 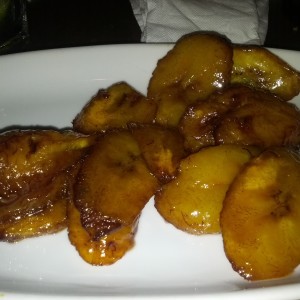 The hubs ordered the Jambalaya and it had a lovely blend of traditional flavours without being shy of meats and seafood. Catfish, shrimp, chicken and hot Italian sausage were all representing in this dish.Definitely a must get as well!

Based on our previous visit we knew we had to get a round of corn bread for the table and for dessert we all shared the fried plantains. Just as good as we remembered them.

I haven’t been here for brunch but looking at their menu of various waffles (Ginger-Pecan!!!), crab and avocado benny and buttermilk pancakes we definitely have this spot on our must visit for brunch spot! Also note that they have some kickass patios at the back which is perfect for large group gatherings. Very cool graffiti artwork as well!