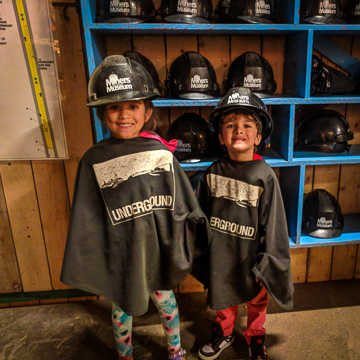 While growing up in Nova Scotia, I grew keenly aware of the perils of coal mining. One of my most indelible school memories is learning the song Springhill Mining Disaster in my grade 5 music Class. Its solemn refrain, “Bone and blood is the price of coal”, is a truth that every man who ever set foot in a mine during the industrial age would have known. The song refers to three fatal disasters that occurred in the town of Springhill, Nova Scotia. In the first explosion – in 1891, 125 miners were killed, some as young as 10 years old. As recently as 1992, 26 miners were killed in a coal mine in Westray, NS, an incident I vividly remember from my childhood.

Industrialization came at a grave cost to many of the individuals that descended deep into the ground to mine the earth’s rich resources. Many communities grew around those mines, one of them being Glace Bay, on Cape Breton Island. In the early part of the 20th century, coal mining dominated the local economy. The town had 12 coal mines operating at one point, but as the industry declined, so did the area’s prosperity. I grew up amidst 25% unemployment in the wake of the mine shutdowns and the closing of the Sydney Steel Plant. The industries are gone, but they dictate a significant section of the island’s history.

Taking a Tour of the Mine

At the Glace Bay Miners Museum, some of those stories are revealed. Visitors are granted the opportunity view relics from the past and even tour a mine. Guided by former a coal worker, our family took a trip below the surface to experience the dampness and claustrophobic effect felt in a coal mine. We even took my 90 year-old grandmother along. Having experienced the industrial age, she said she always wanted to go down into a mine. The Glace Bay Miners Museum gave her that chance. Luckily, she stands about 5’3”, whereas the ceiling throughout most of the mine only reaches 5’5”. I was one of the unlucky ones, forced to walk with a hunch and practice my warrior pose during breaks. During the final stage of the tour, the ceiling rests but 4’6”. Thankfully, we were able able to sit on benches for that portion of the visit.

Our guide, well suited to work in the mine at about 5’2” tall, had many stories to tell. He related accounts of the labour disputes that occurred over the years, including one rebellion during which a miner named William Davis was shot and killed. At one point, he described the function of the famous canary in the coal mine. As he described life as a miner, it became more and more obvious that this was not a great way to make a living. His stories reflected not just the dangers of the mine, but the hardships faced by the worker’s families as well.

For decades, the pay earned by the miners went right back to their employer. That’s because the company that owned the mine also ran the general store, and it owned the worker’s houses as well. If I miner was injured and unable to work, his son would have to step in or the family faced eviction, which is how many school aged kids ended up in the mine (women were not allowed in the mines, due in part to superstition). The history of mining is rife with abuse. Visitors to the museum learn these important stories and begin to understand why worker rebellions became so prevalent in the 20th century, in the wake of the Russian Revolution. Even the workers of small town Glace Bay fought back.

Before the mine tour, we made our way through the displays on the main floor. A number of paintings depict life in the mines. Equipment used in the mine is on display. I was intrigued by a stretcher designed to extract injured workers from the mine. A short film plays in a small viewing area that features interviews with former miners and stories from the era. The kids enjoyed looking at the minerals on display, a vast sampling of deposits from the area. They also spent time examining the strange household items on display. 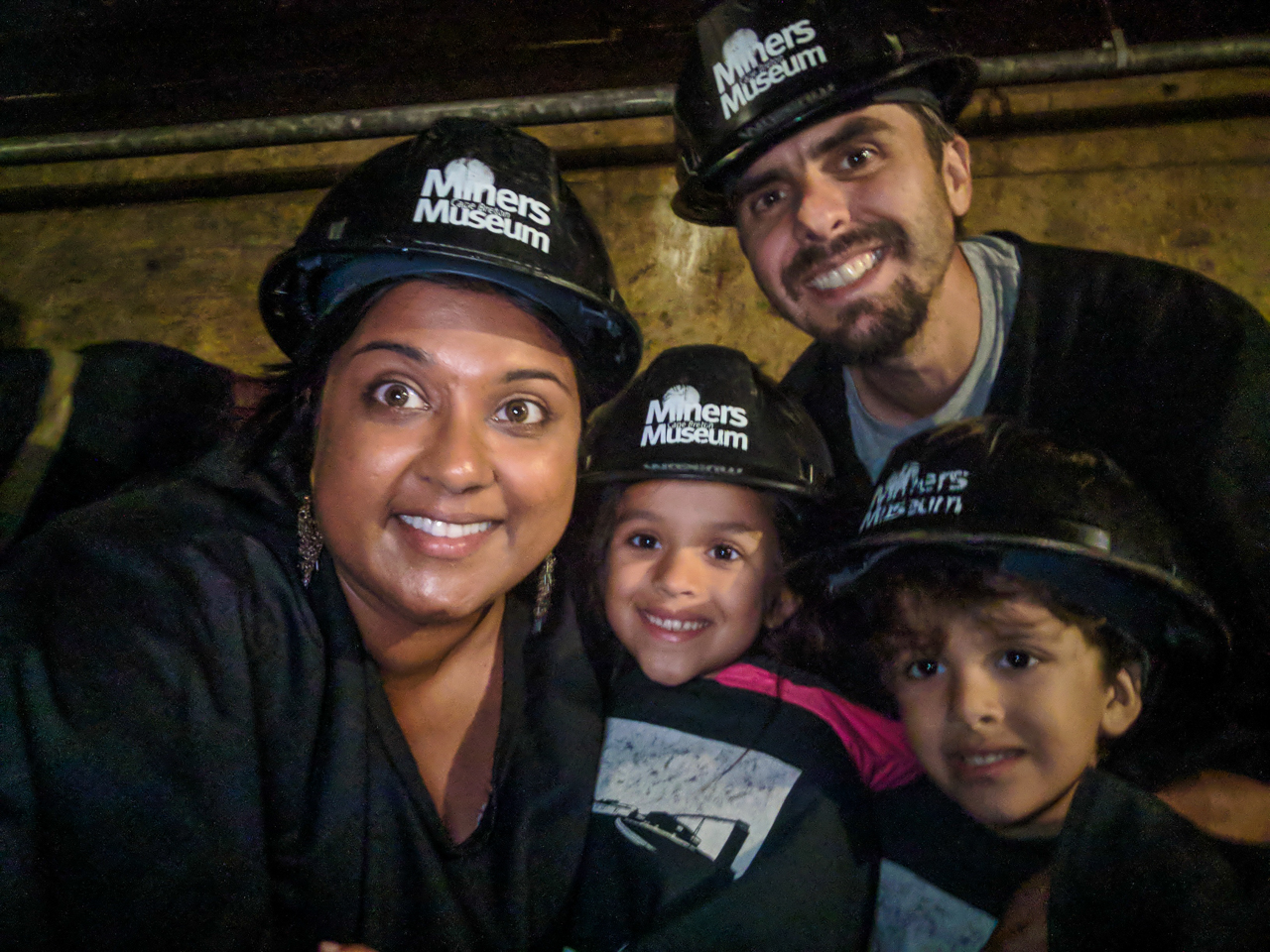 Glace Bay is about a 15 minute drive from Sydney and not far from the airport. Visiting the museum display area costs $6.95 for adults and $5.65 for children. If you choose to see the lower depths of the museum grounds and take the mine tour, the cost is $16 for adults and seniors, $13 for children, and kids under 5 are free. A popular singing group called Men of the Deeps, comprised of retired coal miners, also offer regular performances at the museum.

While growing up on the island, I never considered visiting the museum but wish I had. After finally discovering it and learning more about the history of the area, I am happy to have visited. The Glace Bay Miners Museum is an important monument to one of Cape Breton Island’s most famous occupations. It outlines a sad history in many ways, but the community of retired coal workers know that they were an important part of Canada’s growth. The museum lets them tell their stories, and you are going to want to hear them.

Quick Tips : Wear comfy shoes if you’re going into the mine and while you could push a stroller through the museum portion, you’ll need a baby carrier if you plan to do the mine tour. We roamed through the museum for an hour and grabbed a coffee from the corner store while waiting for our tour but there is ample room for the kids to run around outdoor if you’d much rather have them stretching those legs.

Click here to read about things to do in Sydney, Nova Scotia.

Click here to read about things to do on the Cabot Trail with kids. 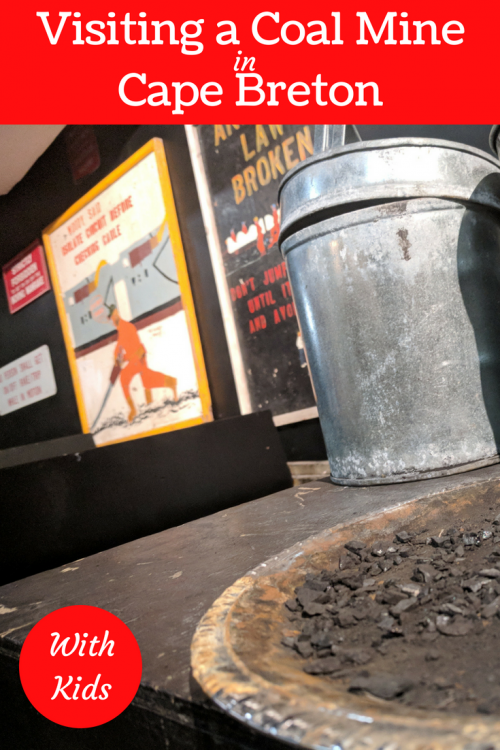