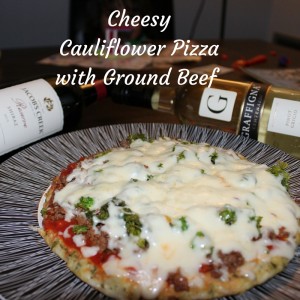 I’ve been trying to cut back on the wheat and gluten, which actually hasn’t been much of a struggle (surprisingly!!). As you know the kids and the hubs love their pizzas and because I’ve got Dubai on my mind I ended up playing around the kitchen and came up with a Cauliflower pizza with ground beef and oooey gooey cheese. Manakeesh is one of my favourite dishes and I used to eat them growing up in Dubai. The base, similar to pizza,  is an oven-baked flatbread and is usually topped with za’atar, melted cheese, or ground beef. As you know, I’m a Gay Lee ambassador and this month we have two awesome giveaways! Scroll below for your chance to win a beautiful KitchenAid Stand Mixer! And you can click here for your chance to win a year of Gay Lea products!

My dish was inspired by traditional pizza and Manakeesh and while the hubs still prefers his regular pizzas, I didn’t hear too many complaints about the healthier version. I’ll be making this more often, that’s for sure! First things, first preheat your oven to 400F. 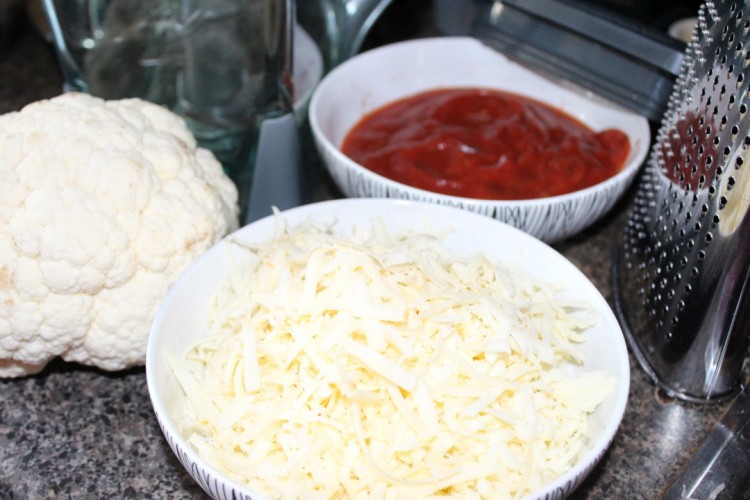 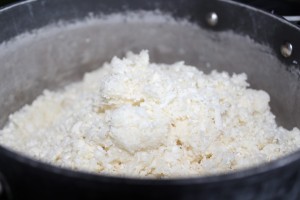 Next up grab a medium head of cauliflower and pulse the raw cauliflower florets in a food processor or blender until a rice-like texture is achieved. This made just enough for one medium sized pizza that fed two very hungry adults! The kids of course wanted nothing to do with this one! Grab a medium pot and bring an inch of water to a boil, add the “rice” and cover; let it cook for about 4-5 minutes. Ideally you’ll let this cool down before you attempt to drain it, but if you’re like me…you’ll end up playing “hot potato”! Place the boiled cauliflower “rice” into a fine-mesh strainer and drain the water out. Once you’ve strained the rice, transfer it to a clean, thin dishtowel or cheesecloth and twist it up to get the excess moisture out! I spent about fifteen minutes trying to drain the water out and this helps ensure that you end up with a “real” pizza crust. One you can ACTUALLY hold and eat… just like a real slice! 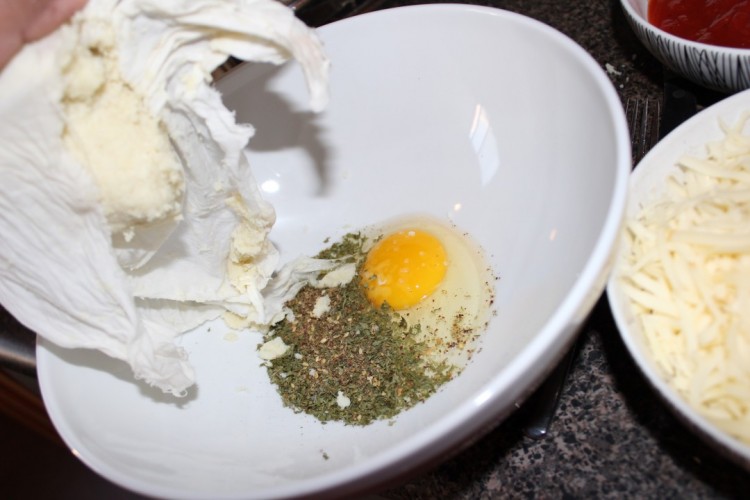 In a bowl mix up your strained cauliflower rice, one egg, and spices. Because I was channeling my Manakeesh, I added some Za’atar spices (available at most super markets these days) but you could easily swap for Parsley or Oregano. Also sprinkle in some Ivanhoe Mozzarella cheese. Press the dough out onto a baking sheet lined with parchment paper and shape it to look like a pizza. You want the crust to be about a cm in height.  Now comes the easy part, bake for 35-40 minutes at 400F. You want a firm and golden brown crust.

While this is happening, grab a pound of ground beef and toss it into a pan. Add some salt and pepper, along with 1/4 teaspoon of EACH – ginger powder, garlic powder, chili power,  turmeric, cumin and curry power. Also toss in two spoons of tomato paste ( I used pasta sauce for my pizza base so used some of that here as well). Once cooked you want to drain any excess liquid in the meat as well – just toss the meat into a mesh strainer and let the water drain out.

Now comes the fun part!! Grab your cauliflower pizza base from the over, spread your favourite pasta sauce (or you an make your own of course!), drizzle your ground beef and if you’re feeling healthy, toss in some shredded spinach or kale. Layer on your cheese… 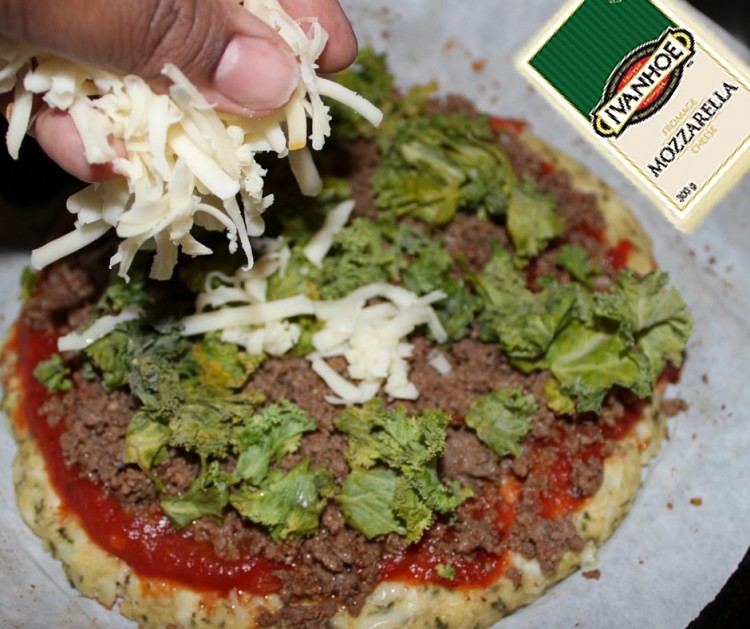 When it comes to cheese, Ivanhoe is one of the oldest cheese companies of its kind in Canada and many visitors still flock to Ivanhoe, Ontario to visit the outlet there. I’m on a mission to take my milk guzzling city kids to a REAL farm this summer. There’s two that are fairly close to downtown Toronto (Armstrong Manor farms just north of Brampton and Ben Loewith near Hamilton) and kids can not only see the cows but can also learn about local dairy products and meet real farmers. I find the Ivanhoe mozzarella cheese to be mild and slightly salty; its milky, buttery taste makes it a great topping for pizzas. Which is why I grated some and drizzled away on our cauliflower pizza! Return the pizza to the 400F oven and bake an additional 5-10 minutes until the cheese is hot and bubbly. How good does this look? You just need to decide if you’re going with red or white tonight! 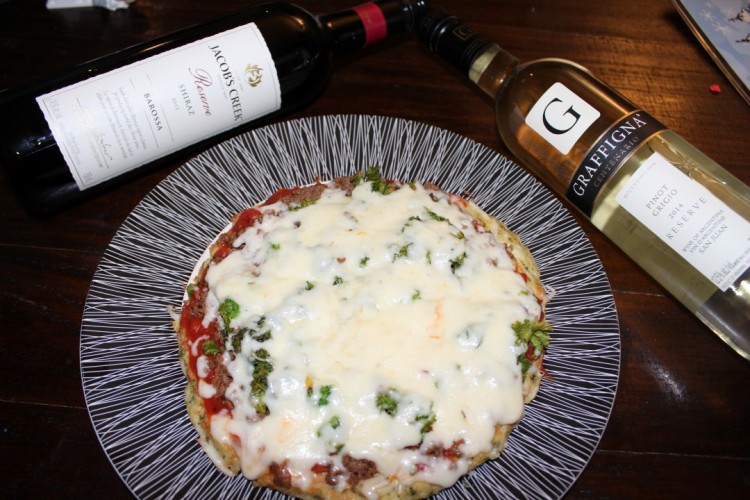 I know you’re pretty excited for the chance to win the KitchenAid Stand Mixer so I’ll let you get to it!! Good luck and be sure to enter the year of Gay Lea giveaway as well... you’ll need the delicious items to bake me some goodness 🙂 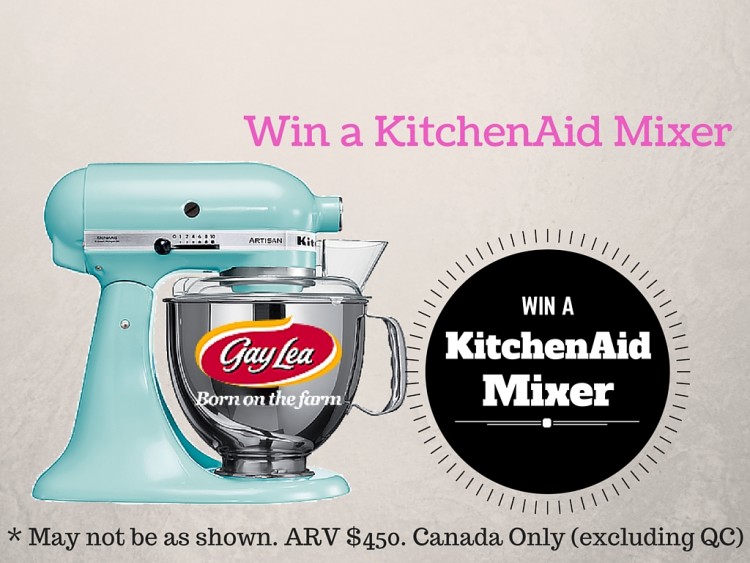 Please comment within the Rafflecopter app and not in the comments sections. I want you guys to win!!

a Rafflecopter giveaway
Please note : Readers may enter across many blogs, but may only win on a single blog. Entrants must be a resident of Canada, however those in Quebec are unfortunately unable to enter the giveaway. Winner(s) can expect their prize in approximately 4-6 weeks! 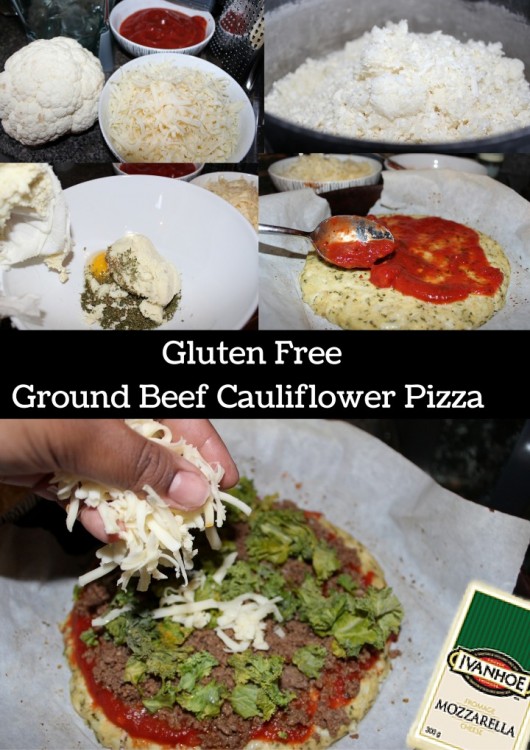