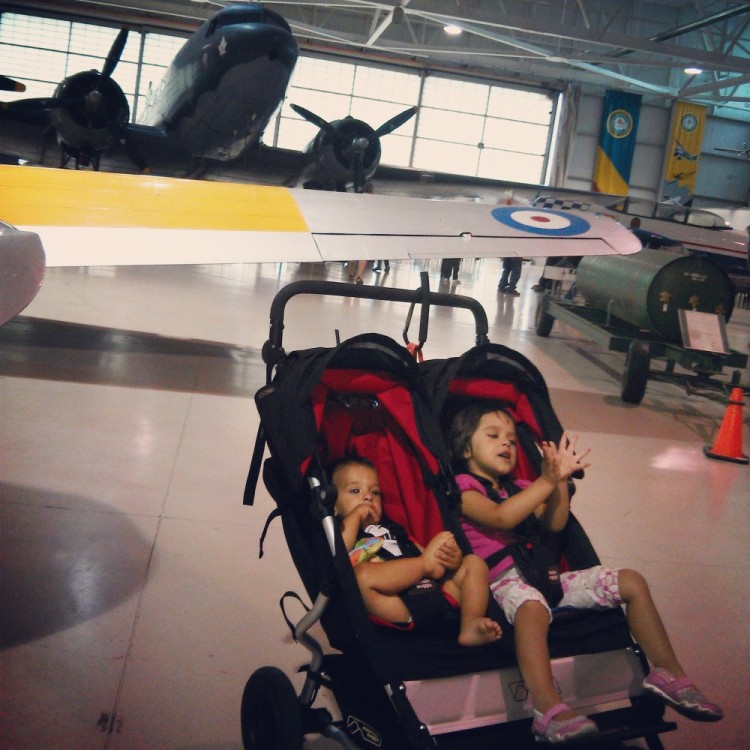 A couple weeks ago we visited the Heart of Ontario to explore the Hamilton Halton Brant area  and of course Dundurn Castle and the Canadian Warplane Heritage Museum were on our to do list. If you haven’t heard about the Red, White and True Canadian Heritage Passport, you’re missing out! Don’t worry, I only heard about it just before our weekend getaway! The Passport offers over $400 in savings at over 20 Canadian heritage experience sites and it’s free! Yup! All you have to do is go online and print the passes that you want. Quite the deal if you plan to explore the Hamilton Halton Brant area as a couple, family or group as most are buy one get one free deals. There’s also VIP experiences and free gifts at certain spots.

Disclosure : Our stay was hosted by Heart of Ontario, but as always, opinions are totally mine! 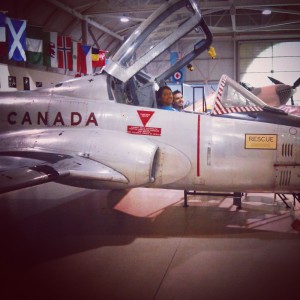 On our first day we decided to start our day at the Canadian Warplane Heritage Museum where the Red, White and True passport gave us a one for two deal. Kids five and under are free and adult tickets are $12. So that’s twelve bucks you save with the passport. On arrival we were able to secure a guide which was awesome! Most of the guides are war veterans and ‘old boys’ who still maintain their aviation passion and it made a huge difference being escorted around.

The Museum houses over forty aircraft, an aviation gift shop and exhibit gallery. Any guesses where we started? We went straight to the hangar which is where all the planes are being lovingly cared for. There was buzz and excitement in the air as visitors got the chance to get up close and personal with these amazing planes. Whilst some were in great condition and primed for a flight, others were still being restored. Apparently parts are still being found in barns and private properties throughout Canada!

As you roam around looking and occasionally touching and getting into (yes INTO!!) fighter jets and vintage aircrafts, you get a good feel for the history and technology behind each piece. It’s a busy space but there’s plenty of room for a double stroller and yes there’s a change table in the washroom. Toddlers and adults can totally geek out at the Canadian Warplane Heritage Museum. Being an aviation guy, my dad joined us when we he heard we were visiting the Warplane Museum and I was totally caught off guard by how much I enjoyed my visit here. Little Monkey was curious about the planes and wanted to get into all of them, luckily she was able to run around and explore quite a few of them. We spent an hour and a half exploring the hangar and did a quick walk through the exhibit as we had to rush to our lunch appointment. Sadly the famous Lancaster Bomber was on tour in the U.K during our visit so we’ll have to swing by again some day soon!

This was our chance to pretend that we were in Downton Abbey! Dundurn Castle (well it’s not really a castle but is nicknamed one by the locals) offers visitors the chance to discover a mid-19th-century home of an early Canadian Prime-minister . The house has over 70 rooms on three floors but you only get to explore parts of it (about 40 rooms). One thing for sure, you most certainly get the feel of  life in a grand country home and how the famous MacNab family and their servants operated on a day to day basis. The Red, White and True passport not only offers you a buy one get one free deal, but you also get a small pressie here by showing the passport. Once again those five and under are free and adult tickets are $11.50. 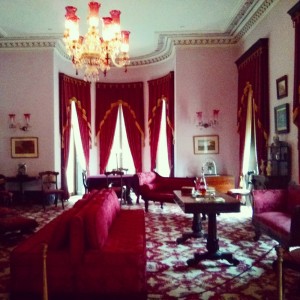 This is a spot you definitely want to baby wear at! Strollers are allowed on the grounds but not in the house itself. Plenty of stairs and small nooks and crannies to explore in the “Castle” so you’ll want to take your time. Once again we got an awesome tour guide who was also the chef. Present day chef that is. The kitchen is still in operation today and during our visit he had pickled cucumbers from the garden and some delicious biscuits on offer. It was a total surprise as we entered the kitchen. He mentioned that they often have school trips spread out around the kitchen and cook up a few goodies. There’s many rooms and stories in Dundurn Castle but the pink entertaining room and the kitchen were by far my favest. Of course Little Monkey was a fan of the “princess dress” that was laid out on the four poster bed (one of the MacNab daughters’). The tour lasts about an hour and you also get the chance to roam around the Kitchen Garden where I urge you to stop, smell and taste. There’s so many fresh herbs and spices here and during our visit the guide offered us some fresh beans. I hear that this is definitely a spot you want to visit during the Christmas month! At the end of the tour you can roam around the estate’s lush gardens and end up at the Military Museum. We were a bit tired and the kids a bit cranky so we only swung by the museum for a few minutes. A quick walk through and the time it takes to build a fake fort and knock it down was all we had in us but there’s another hour here easily! 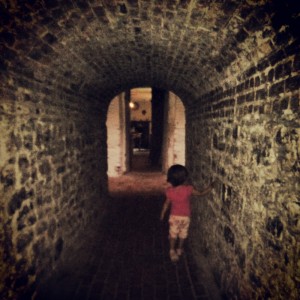 If you’re looking to explore Ontario and Canadian heritage, I definitely recommend looking at the Red, White and True passport  for some ideas and savings. Most places are a quick and easy drive from Toronto and whether you’re looking to getaway for a weekend or just a day, there’s fun stuff for nature, history and science buffs alike. We’ll have a part 2 for you very soon! There’s so much more that we explored during our weekend away!