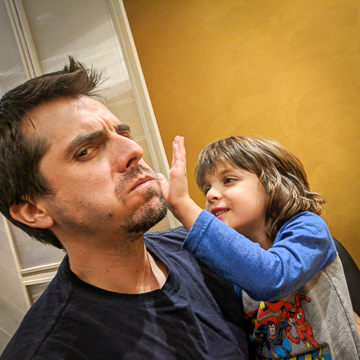 During my first stint as the parent of a four year-old, I was constantly confused. Trying to decipher our daughter’s inner expectations seemed an ongoing exercise in futility. She always zigged when I thought she would zag. As she developed socially and made friends at school, she was learning when to be assertive and when to compromise. At home, there was no compromise. The smaller her gripe, the bigger her tantrum when things didn’t go her way.

After years of this nonsense, we now have two kids trying to assert themselves. In round two with a 4-year-old, I like to think I’m an improved parent, ready to handle breakdowns using one of the techniques that I have perfected over the years. I probably have a solid 30 to 40 percent success rate now. And so, occasionally, I remain master of my domain. Unfortunately, with the second kid, many of the rules I learned the first time around no longer apply. I am no longer engaged in a one on one struggle. These days, I am in the Royal Rumble.

If you’re a parent with small kids, you may know some of these scenarios. We have ongoing battles in our house that centre on the rights to push the down button on the elevator. Every night, an argument erupts over who has to brush their teeth first. Those are just two of the ways our kids try to show who is in charge. When I stupidly try to reason with them or put my foot down when the complaining gets out of hand, I am often the one throwing the tantrum. 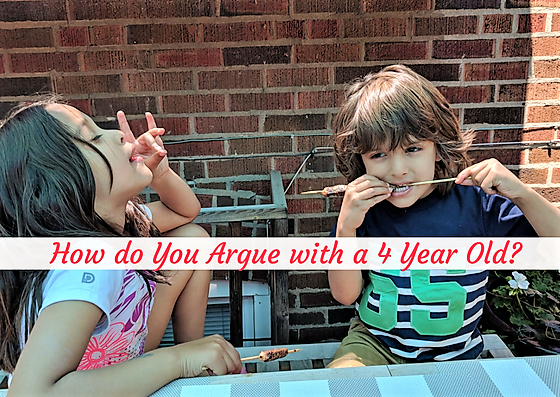 Let’s run through some scenarios.

Our Little Man, the 4 year old, likes to run around uncontrollably. He is always racing to be the first to the front door, even when no one is around to challenge him.  While trying squeeze past his sister on route to the front, he often trips over something on the way.

He hurts his knee…

He starts to cry…

He wonders how he could have lost control…

He sees his sister…

She is to blame!

He must enact his revenge.

I know this situation. I face it frequently. He was full of adrenaline. Now the fall has brought his adrenaline level to DEFCON 1. As he tries to work out what has happened on his way toward blaming his sister, I know that I must cut him off. Though I try to avoid getting physical with the kids, these are situations where I must get to him first and hold him back, lest he hits his sister for no reason. He is still not thinking straight. The physical pain is still there. His effort to avoid embarrassment is urging him toward payback. He needs to be separated and he needs to be alone for a few minutes. Thankfully, this type of anger is fleeting. 10 minutes away from his sister and he will forget it happened. Or he remembers, comes back and hits her anyway. Who can tell with these things?

The Little Man has just put on his PJs and is winding down before bed. It’s time for a drink of water. In his rush to gulp down his last beverage of the day, he spills the smallest splash of liquid onto his sleeve. He might as well have jammed his finger in the drawer for the amount of suffering this causes him. He wails for a new shirt.

The old me, the one who washes the clothes in our house, suffered through this battle for years.

The new me, immediately:
“Get that shirt off, quickly! Find a new one. Burn the old one for all I care.”

I don’t need to have this argument any more. It’s not good for me.

One of the kids has unearthed something that neither of them have played with in at last 6 months. It’s one of those quarter-sized bouncy balls that every birthday party loot bag seems to contain – one of dozens hidden away in the dark corners of our house. Kid 1 is excited. Kid 2 claims ownership of the ball, and is able to recall the exact day when the ball had originally come into their possession.

My mental clock gives them one minute to compromise. I try to encourage them to play together, to bounce it back and forth. This fails and the kids engage in a wrestling match. The physical battle over possession of the ball has begun. I tell them I am going to take it away if they don’t share. Occasionally they share, until they don’t. If I haven’t take the ball away by the time it is thrown dangerously close to the TV, I do then. I pocket it and forget about it. It somehow ends up back in a dark corner for 6 months. 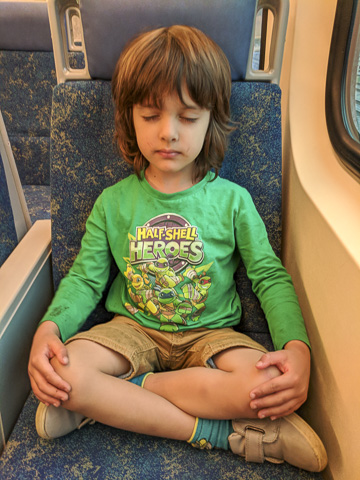 It has been an active day. Our kids have just returned from school and they didn’t love what they had for lunch, or maybe they were just too distracted to eat it all. The moment they sit down, hunger hits. Bananas are usually best. They are filling and both our kids love them. We buy a dozen bananas on every trip to the grocery store. They either last for two days for sit there untouched for a week.

On this day, we don’t have bananas. Plus, we are out of crackers. Time for yogurt, which always works, until 10 minutes after it’s gone. Then our kids are hungry again. It’s 30 minutes before dinner but that’s too far away. I offer peanuts, tomatoes, cucumbers, rice cakes, hummus and carrots. No, no, no, no and NO!

Go for the peanut butter and continue to be thankful that my kids don’t have a peanut allergy. Even the smallest piece of a peanut butter sandwich will satiate our kids. I don’t know why it’s such a magical elixir for famished kids, but it always calms them down. They won’t always finish their dinner after eating a PB sandwich, but the screaming and yelling will subside.

Did you pick up on the lesson? There’s no effective way to argue with a 4 year-old. 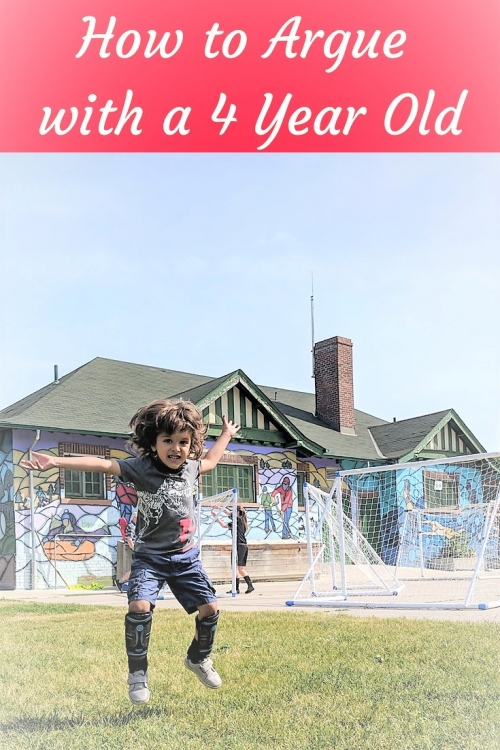