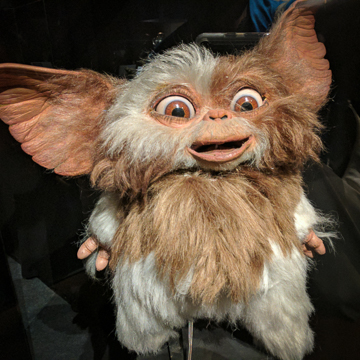 On occasion, we will discover a museum that delights our whole family. The Musée Miniature & Cinéma, or Museum of Miniature and Cinema, in Lyon, France is just such a museum. Located in Old Lyon, itself a must see area of the city, the museum is home to a number of one of a kind movie props, elaborate miniature set pieces, and fascinating examples of makeup and character design.

Lyon has a lot of museums, and so I was glad that we discovered this one in a brochure we picked up at the tourist office. Being a movie buff, I will happily visit any museum with a cinema theme. In Toronto, we are fortunate to have the Bell Lightbox, which has featured a number of of special exhibits from some of film’s most influential directors. I found the the Museum of Miniature and Cinema to be equally impressive.

The day we visited, we were greeted at the entrance by a life-sized replica of Mystique from the X-Men. I immediately started nerding out as I explained her powers to the kids. Inside we continued to find gems, mostly from the 80s and 90s movies that I grew up watching. The museum is dedicated to showing patrons how special effects were created before the digital era and so its an important look at some of film’s most enduring non-human characters.

While most of the props are from a past era, the kids recognized a few of the characters and I was reminded of some of the movies that I’ll be watching with them as they get older. Our Little Man, only 3, is a big Star Wars fan and was thrilled to find an Ewok mask as soon as we entered. We discover several items from the Star Wars universe, plus we eventually found Batman and Spiderman too. For some of the characters that they didn’t know, I spent my time explaining each character’s special powers to see how they would react.

The exhibits are laid out on multiple floors, all accessible via stairs or elevators. The first exhibit we found showed a couple of sets used in “Perfume: the Story of a Murderer”,  an obscure film with a macabre plot that would seem to make it an unusual choice for a museum exhibition. However, the film features a number of richly designed settings that make it ideal for just such a display. Don’t worry through, none of the movie’s gory details are on display here, and so the exhibit is safe for kids of all ages. We did find a couple sections that might frighten younger kids, but those areas are sectioned off (with signage advising Parents of the horrors that may lie ahead), allowing parents a chance to see what’s inside and decide for themselves whether the exhibits are appropriate for their own children.

Since our Little Monkey is far too curious and seemingly fearless (unless it comes to going into her room in the dark), we decided to let her into the room on the second floor that features a number of spectacular horror movie props. In addition to a Chucky Doll, we found masks from Indiana Jones, Alien, and even Buffy the Vampire Slayer, perhaps my favorite TV show from my younger days. I knew that our daughter would be fine the moment she laughed at an X-Files prop that featured a man whose insides had been eaten out. (Should I be worried about her?)

We kept the Little Man out of that room, but he loved the previous one that contained full-sized props of the Thing, Spider Man, and one of the apes from Planet of the Apes, amongst others. He really enjoyed the miniature space ships we found, but his highlight was definitely finding C3PO, who, naturally, was in a side room undergoing repairs.

The last major film prop we found also contained a parental warning, the Alien queen. If you are familiar with the “Alien” films, you’ll remember the queen scaring the hell out of you at the end “Aliens”, the second film in the series. The animatronic prop used here is the one used in “Alien vs Predator” and it’s an impressive piece that currently cycles through 20 separate movements. The museum intends to get that number up to 50. We took both kids in to see this one and they seemed more fascinated that afraid. Since both are still too young to see the “Alien” films, they weren’t aware that the alien queen is perhaps the most savage of all big screen monsters. 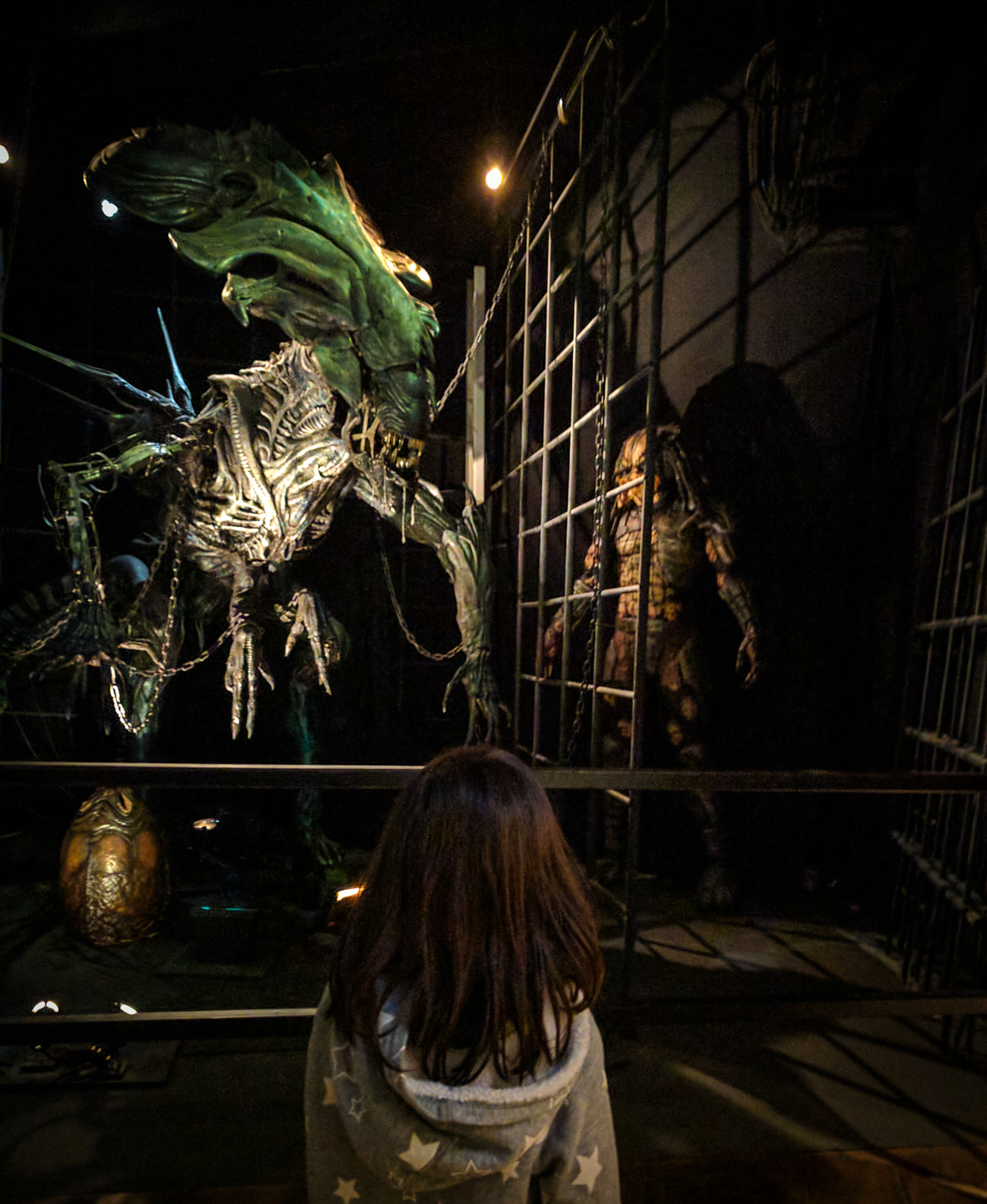 After examining the hundreds of movie props on the museum’s middle floors, we made our way to the top to check out the miniature set pieces. The miniatures were a change of pace but no less impressive. The intricate details in many of the pieces must have been painstakingly prepared. I took a picture of a theatre display and when I viewed the result on my phone, it was impossible to tell that it was a photo of a miniature. It’s amazing to see how some of the grandest sets in cinema often fit inside of such a small space.

With a number of floors, the museum can keep visitors occupied for a couple hours. At 9€ for Adults and 6,50€ for children aged 4 to 15, the attraction is a bargain (It’s also part of the Lyon City Pass). Any movie lover will admire this museum and I thrilled in taking my kids through the various rooms to show them how movies use tricks in order to seem real. Since every item in the museum is an actual prop used during filming, the Museum of Miniature and Cinema is not just an entertaining exhibit, it’s also an important preservation area for many of film’s greatest creations