When our family recently returned from a 148 day trip through Europe and Morocco, we had six days to prepare the kids for school. Our daughter, AKA Little Monkey, would be entering Grade 1, and she was pretty excited to see her friends after being away for 5 months. Meanwhile, our son would be starting school for the first time. Only 3, and a little small for his age, he wound find himself thrust into a classroom with close to 30 other kids, some of whom were already 5 years-old. He had never attended day care, and we knew that this would be a big change for him. We were worried. Actually, we were really worried.

On the first day of school, he was a little apprehensive, but thankfully, his big sister was there to sit with him on the bus ride to school. Unfortunately, a scheduling mishap at the end of the school day caused him to miss the bus home, and left him waiting in the principal’s office as we walked up to the school to pick him up. He seemed OK though. Then just before nightfall, he told me that he didn’t want to go to school the next day because he was worried about missing the bus again. I assured him that it would not happen any more. We were off to a tougher start than I had imagined.

Disclosure : This post is part of the Ontario English Catholic Teachers #catholicteachers sponsored program. I received compensation as a thank you for my participation. This post reflects my personal opinion about the information provided by the sponsors.

During the first week of school, we learned that he was really struggling to interact with the other kids. Fortunately, his teacher, Mrs. Oleaz, is a true pro. She had recognized what was troubling our Little Man and paid him extra attention for the entire first month of school, for which we are grateful. Her friendly face and generous nature helped our son to take his time adapting to the classroom.

As any great teacher would do, she figured out how to relate to a shy student, while also encouraging both him and his classmates to work together on classroom activities. It was a struggle, but we decided to trust his teacher’s advice during those first two months. Gradually, he emerged from his shell. Mrs. Oleaz was a big part of that, but what we didn’t know was that we also had a secret weapon working in our favour, his big sister.

Over her two years attending our neighborhood Catholic school, our daughter has evolved into a boisterous young girl who loves to use her imagination. She was initially quite shy as well but eventually befriended a number of other classmates who shared her love of dolls, silliness and poop jokes. The group of friends are constantly bringing toys to school to share and swap for a few nights, while they also make sure to look out for each other in the school yard. Seeing the way she behaves at home, and on play dates with her friends, has shown me the great extent to which she is picking up on the values-based education that is a focus of her Catholic teachers.

We recently had three of her school friends over for her 6th birthday party. For close to three hours, the four of them went from one activity to the next. During one long stretch, the group gathered round the same dollhouse and took turns playing with each doll. They were quite a team. That they could play so well together was a true reflection of the main values they were learning in school: fairness, compassion, and respect. However, sharing toys is one thing, the heartwarming actions I learned about recently show me that these friends are quickly maturing to be kind, caring individuals.

What we couldn’t see during our son’s struggles were his fears of the schoolyard, where he was struggling to fit in with the large group of kids that greeted him as he stepped off the bus each day. We learned that our daughter was doing her best to keep him calm by staying with him at the edge of the schoolyard every day, making sure he had a friendly face nearby. And on days when our son’s Junior Kindergarten class would be allowed in to the big schoolyard at lunch time, she would do the same thing, sacrificing her play time with her friends to make sure that her little brother was OK. 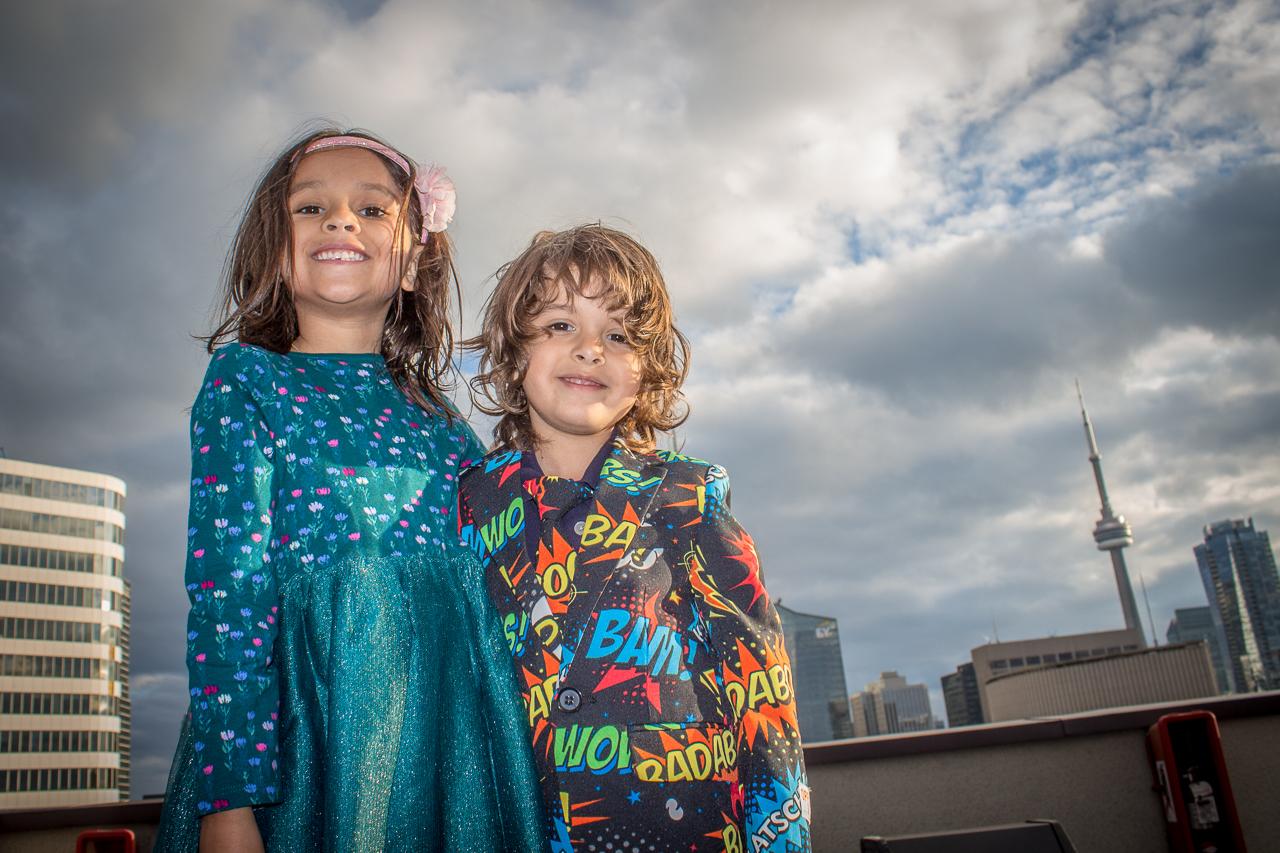 Soon enough, her friends decided to help out too, considering themselves to be his protectors. We only learned about these actions when a parent arrived to pick up her daughter from the birthday party. She casually mentioned that her daughter had been telling her about her friend’s little brother, relating how they would all play with our son at the schoolyard. At first, the parent said she tried to explain to her daughter that he might want to play with his own friends, but her daughter insisted they were helping him.

I could barely believe the story. We asked Little Monkey if she and her friends had been helping her brother and she admitted that it was true. She never even thought it was something we would be especially proud of. She and her friends just thought it was the right thing to do. The group had made it their special mission to protect the little guy and just inherently knew that it was important to help.

We are now into November and the Little Man finally likes school. He is all smiles when he tells us what happened in his classroom that day and has been using his lunch times to sit with the other kids to talk about Star Wars, and undoubtedly, crack poop jokes. For Yashy and I, seeing him grow more and more comfortable in the classroom is a relief. We always knew he would start to enjoy school, but we never suspected that his big sister would play such an important role in the process.

The first time I noticed our daughter applying school teachings happened during our nightly teeth brushing ritual. Despite my efforts to consider and preserve the environment, I grew up with some bad habits, one of which is to always leave the water running when I brush my teeth. One night, our daughter decided to shut the tap off. I didn’t say anything at the time, and thought that she just turned it off because she was restless and needed to do something.

The next night she did it again, so then I started doing it too. When I forgot about it a few days later, she made sure to turn it off. Finally, I asked her why she was turning it off every night and she told me that she learned to always turn the tap off at school to save water. I was impressed by the environmental lessons they were learning.

Now, I have seen values-based learning taken to the next level. Our daughter and her friends had found themselves a worthy cause, playing the role of the compassionate neighbor, and making sure that our son was learning that the kids on the playground were not to be feared, and that they were just like him.

When I look back at my own experiences in a Catholic School, those are the lessons I remember too. Sure, I learned math, science and history, but I have little memory of those lessons. What I do recall are the times when my teachers would act as role models, teaching us to be kind to each other and to look out for one another, just as our teachers always looked out for us. To this day, whenever, I run into a classmate from my old elementary school, we recall nothing but fond memories from our days in the classroom and on the schoolyard.

I’ll never forget the lessons I learned in Catholic classrooms. Catholic teachers promote values that help students become engaged and contributing citizens who treat all of their neighbors with respect. That’s what I want for my kids. Graduates of Catholic schools participate in elections, donate to charities and volunteer in their communities at very high rates. That sounds very Canadian to me!

Catholic Teachers will continue to play an important role in our kids’ maturation. If you want to learn more about this amazing group of individuals, visit http://www.catholicteachers.ca/LessonsForLife. Watch the video below to meet one of many important role models.

Lessons for Life – Resilience in 3D from OECTA on Vimeo.