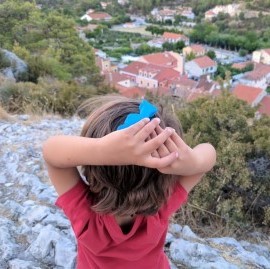 15 days. I think anyways. 15 days is what we have to get Baby Boy ready for his first year of school. I’m shitting bricks as the brown dads would say. With Little Monkey I wasn’t as anxious as I am with Baby Boy. It might have been because she went to a preschool for a bit but I think in reality it’s because she was mature enough. Both our kids are October babies which means they’re still three years when they start Junior Kindergarten. Technically. I never thought I’d ever ask the question ” Should I Redshirt my Kid?” but here I am!

By the way, some of my friends asked me what I meant when I said  “Redshirting”. Academic redshirting is where parents choose not to enroll their kid in kindergarten even though they are of appropriate age by the province’s cut-off date for enrollment.

I don’t know if it’s a second child side effect or if it’s a boy thing but Baby Boy has always been a bit slower on the milestones. Talking, Walking….everything except eating! He’s not ready and I know it but then I think about having both kids in school during the day and my face lights up. He’ll be fine, yeah? He’ll adjust easily? Sure, he will most likely hate the first year just like Little Monkey did and that’s okay. He’ll make friends. Yes?

Why do I want to hold him back a year? 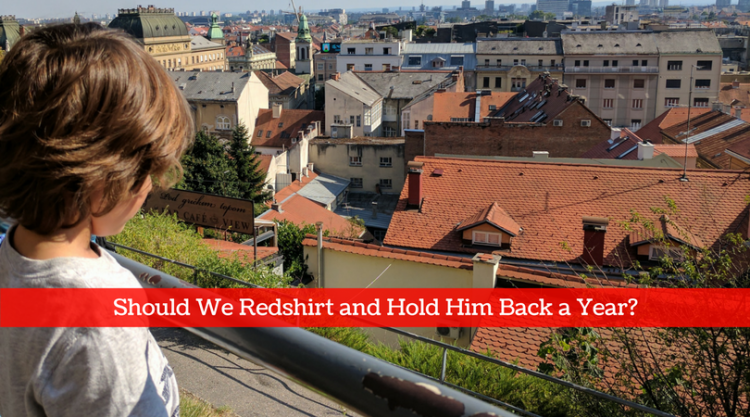 I’m secretly hoping that Little Monkey’s previous teachers will be his teachers as well because he has met them in the past and it MIGHT help us out a bit. But even if it isn’t one of them, I know I have to trust the system and that Little Monkey has had amazing teachers who have brought her out of her shell. I remind myself that I did worry when Little Monkey first started school as well and that perhaps I’m worrying over nothing. I tell myself that we can always test it out and if it isn’t working we can chat with his teacher and the Principal to figure out an alternate scenario or maybe pull him out for a bit. For now, I don’t think we’re going to redshirt. I will take a deep breath and dive right in…we’ve done it numerous times in our lives and why should this be any different? They say a mother’s instinct is spot on but I’m going to ignore this one just for a bit to see how things unfold. He might surprise us…we may NOT be called every SINGLE day to pick him up and clean his bum! He might just be ready for this crazy thing called school life.

I’m also reminding myself of the lessons we learned after Little Monkey went to Junior Kindergarten! 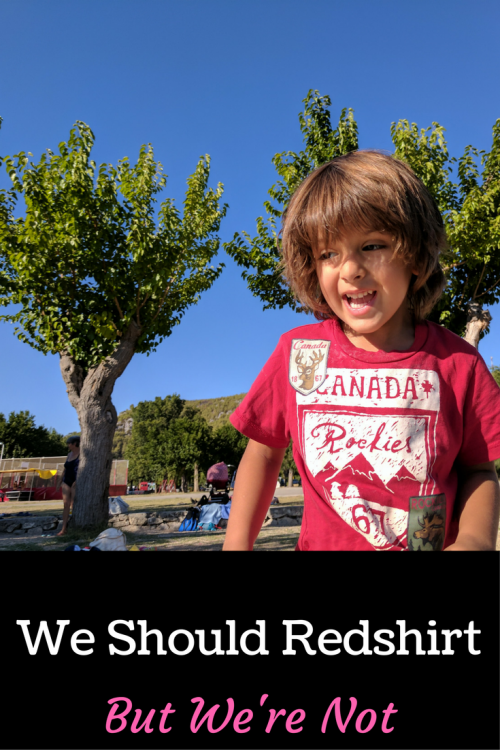