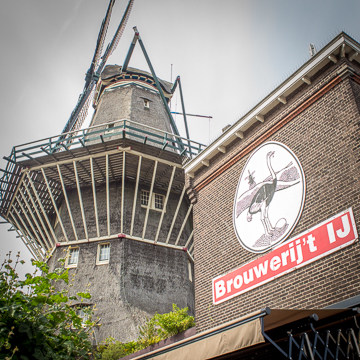 “Well, in Amsterdam, you can buy beer in a movie theatre. And I don’t mean in a paper cup either. They give you a glass of beer, like in a bar.” Vincent Vega, Pulp Fiction

I didn’t realize just how much I would enjoy Amsterdam until I saw it for myself. Its compact downtown streets and canals make it a great place to explore on foot. The appeal of the city became evident to me the moment I stepped out of it central station, but as is often the case when I arrive in a new city, I found myself wondering, “where is the craft beer”. With the help of Google Maps and a few helpful blog posts, I didn’t have to wonder long.

Located amidst Amsterdam’s souvenir stores, snack stops, museums, and smoke filled coffeeshops (not to be confused with coffee shops), lies a pretty good craft beer scene. Now that the UK is going its own way, the city offers perhaps the widest range of craft beer available in Europe. From beer shops to craft beer specialty pubs to breweries, the shop owners of Amsterdam know how to cater to visiting beer snobs.

Here are my top craft beer places in Amsterdam

If you are looking for local craft beer, this is the place to visit. Proeflokaal Arendsnest serves more than 150 Dutch beers, including 50 on tap. Located just Northwest of the city centre, this pub is where I learned of the staggering amount of craft beer produced in Amsterdam, a country home to more than 400 breweries. Make sure you check out the beer fridge located to the left of the bar, where the barrel aged beers and wild ales await consumption. This is drinking in style.

Less than a 10 minute walk from Amsterdam Centraal, In de Wildeman offers a wide range of beers from throughout Europe. On the day I visited, I was fortunate to find a Cantillon Lambic on tap and was happy to sit down for an afternoon beer amidst the busy streets of downtown Amsterdam. For anyone faced with an afternoon of exploration on foot, this is the perfect spot for an energy booster.

With 4 locations in the city, Cafe Gollem is a great drinking hole that specializes in Belgium beers. We visited the Gollem Raamsteeg, which is the location that is closest to downtown. After meeting a couple of fellow travellers at the bar, we went late into the evening sampling the wide selection of beer. I found a few lambic beers here and enjoyed several of the Belgian beers on barrel.

If you’d like to learn about some local spirits to try during your visit to Amsterdam our friends at WanderlustingK have some great suggestions!

For high quality local craft beer, Brouwerij ‘t IJ is the place to visit. After sampling as many Dutch craft beers as I could during my time in the city, I found the ‘t IJ beers to be consistently great. Most restaurants we visited had their beers by the bottle, but the brewery itself offers 8 beers on tap. It’s a pretty popular place, we arrived to a bustling crowd of beer drinkers on the afternoon we visited, but the pub has ample seating and fast service.

The Beer Temple is the American counterpart of Proeflokaal Arendsnest, offering craft beer from the US to anyone looking to sample brews from across the ocean. This Canadian skipped the Beer Temple but we peeped inside as we walked by and I can vouch for their great selection of American beer, both on tap and by the bottle.

No great beer city is complete without a first rate bottle shop, and the Bierkoning (Beer King) is just that. Filled with a delicious range of Belgian Ales, Sour Beers, American specialties, and local favorites, this beer shop is a delight to visit. They had a lot of Cantillon beers on their shelves, perhaps because patrons are only allowed to purchase one bottle, and I discovered a number of local beers here as well. 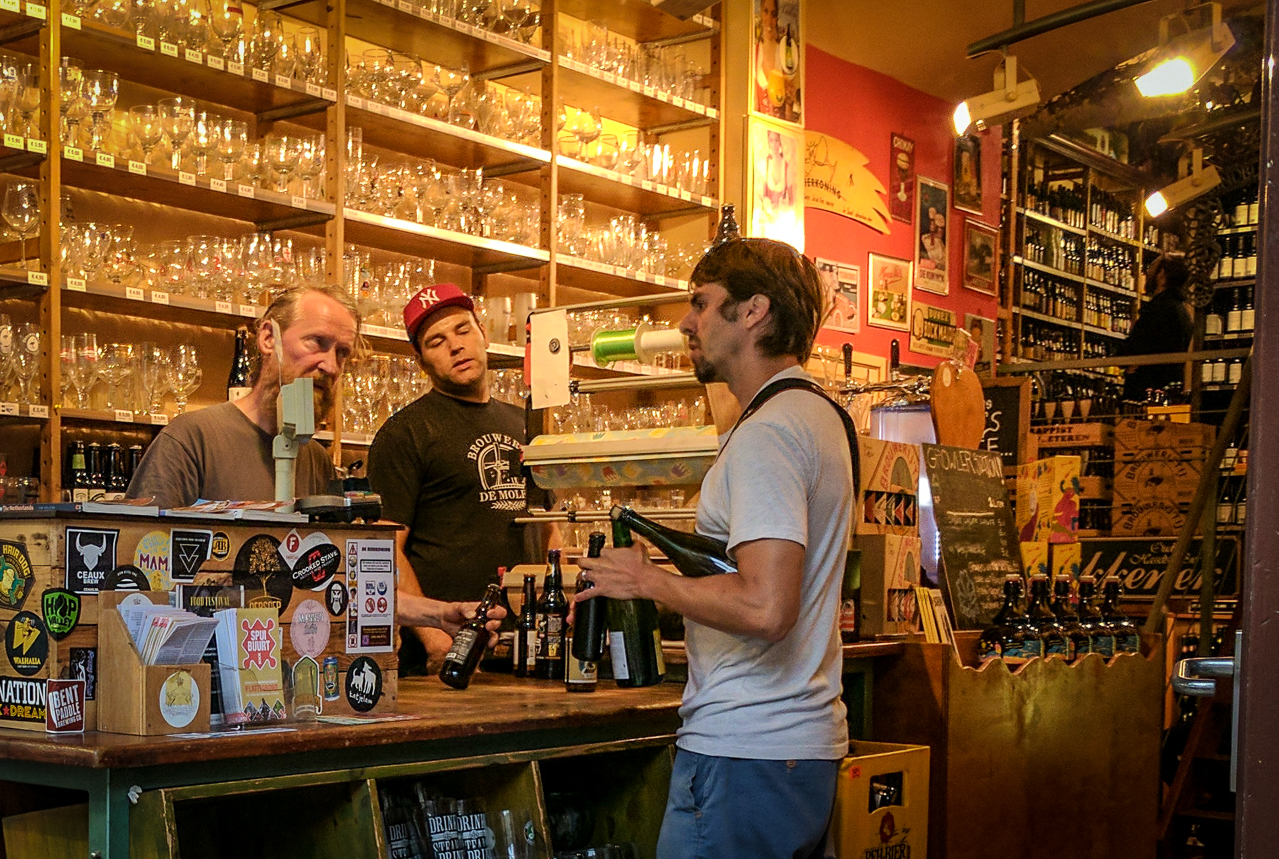 Amsterdam might be more famous for it’s other recreational activities, but it you are visiting with the kids, as we were, stopping in to one of its many craft beer spots is the best way to unwind in the city. The range of offerings is great and with each place specializing in a different region of the world, you can discover a lot of great beer. I would suggest visiting them all, sampling the local craft beers, finding a new Belgian favorite, and finding a few great beers from America. You can get it all in Amsterdam. 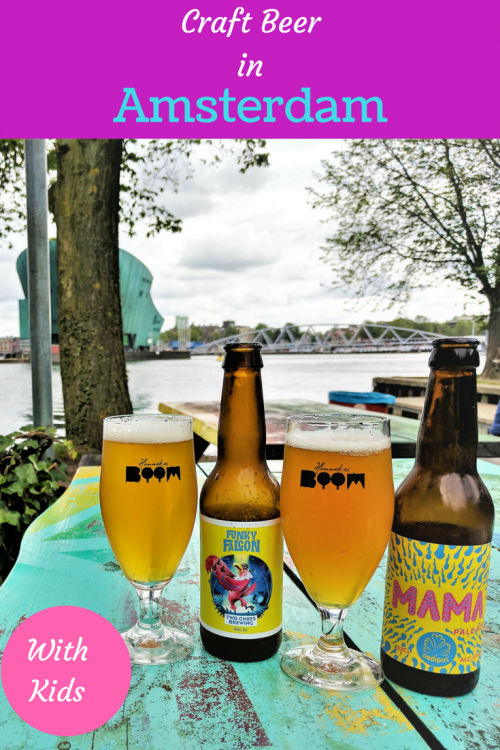