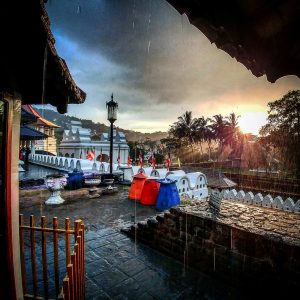 This past December, in the 8th year of our marriage, Yashy and I were finally able to return to Sri Lanka, the island where Yashy was born and we were married in 2009. During my two prior visits, I did not have the chance to travel outside of Colombo, Sri Lanka’s largest city. On our first trip in May of 2009, I fell ill as we were making wedding preparations and spent most of my days indoors. We returned to Sri Lanka that July for our grand wedding, but once again, our stay was limited to Colombo, save for one short evening the day after our wedding spent on a resort in the south.

Most of  my time in Sri Lanka had been spent running errands in Colombo and, of course, enjoying the three day festivities of our wedding. My parents and two younger sisters, who spent two weeks exploring the island prior to our wedding, had seen far more of Sri Lanka than I, and have continued to reflect on and tell stories about those days in the years since, much to my consternation.

After we landed in Colombo this past December, we found ourselves hitting the road after three days in the city. For the next two weeks, we would travel to every major corner of the island. I won’t soon forget the amazing sights we witnessed. Our Little Monkey had recently turned 5, and our Little Man was now 3 years old. We decided that it was the right time to show them the wondrous island where their grandparents had lived as kids and where their mother had been born.

I don’t know how much of the trip that the kids will remember, but luckily we took a lot of pictures.  Sri Lanka is one of the most beautiful countries in the world. As a foreigner, I was a lucky man to have the opportunity to travel the country with family that knew the local customs as well as the best places to visit. We all made new discoveries and shared some great adventures in Sri Lanka. Here is a list of our favourites:

The Beaches of Mirissa

Our first stop outside of Colombo was in Mirissa, on the Southern Coast of Sri Lanka.  This area was devastated by the Boxing Day Tsunami in 2004, which destroyed tens of thousands of buildings. Now, the area has been rebuilt and is thriving. We discovered the beautiful Paragon Beach Resort and had a memorable evening fending off thunderous waves along the shoreline. The kids had a blast, but we definitely had to watch them closely amidst the rough shores.

Several companies operate tours out of the same port in Marissa. We travelled with the Whale Watching Club and were quite happy their incredible team. Knowing that we would face rough waters, the tour guide warned us about potential seasickness. Fortunately, they offered a pill to combat the effects. I took the pill and still felt a little queasy at times. The kids were too young for the medicine. Both were puking and groggy for most of the 5 hour trip, but they were not in pain. Several others on the boat were so sick that they had to lie down on mats. Those caveats aside, the journey was worth it when several blue whales came into view and stayed near the boat for several minutes.

The Shehen Yala Safari near Tissamaharama

This was a true adventure. After getting picked up at our hotel, the Blue Turtle, we drove to the the Lunugamvehera National Park, where we soon came face to face with a leopard. The jeep had no windows and so I admit to being a little worried. However, the beast seemed calm and collected despite being surrounded by close to 20 vehicles. Later, we encountered an enormous elephant, who proceeded to follow our jeep down the road. Driving backwards in front of an elephant who looked to weigh twice as much as our car was also little stressful, but the guides knew what they were doing and we spent close to an hour trying to help the enormous creature back to its usual dwelling. Great fun!

Badula is near the centre of Sri Lanka and lies close to 1,000 feet above sea level. If driving along steep mountain sides makes you woozy, you may want to skip this adventure.  This is tea country, with estates lining the peaks and valleys of the area. Residents of the region, and the city of Badulla itself, live an idyllic lifestyle. We had the pleasure of enjoying tea and sandwiches at a charming home nestled high in the hilltops, an afternoon that left me feeling utterly relaxed. As in many places throughout the island, we ran into a family of monkeys scavenging for food on the roadside.

The Temple of the Tooth Relic in Kandy

Prior to the trip, I wasn’t very eager to visit temples. They turned to be some of the most beautiful sights in Sri Lanka. The Temple of the Tooth is an impressive structure with a rich history located right in Kandy, Sri Lanka’s second largest city. The temple houses what is reputed to be the left canine tooth of the Buddha. The relic plays an important part in Sri Lankan history and continues to be venerated by the temple’s thousands of annual visitors.

Foreign visitors have to pay a fee, as they do at many of the tourist destinations in Sri Lanka, and visitors cannot wear shorts or shoes inside the temple. Having no shoes was unfortunate when it started raining, since many parts of the temple are outdoors, but we roughed it. I would also recommend visiting the Museum of the Raja Elephant, which is adjacent to the temple.

This sanctuary is without question a top attraction in Sri Lanka. When we first arrived, we went straight to the feeding area where the kids were able to place quartered pineapples and melons into the elephant’s trunk. Afterwards, we ventured down to the lower section where vendors were selling souvenirs along a path that dozens of elephants would soon follow en route to their bath. That’s right, their bath. The elephants, which were too numerous to easily count, were herded down to a shallow river. There, a water cannon shoots out a grand arch of water to help cool the large mammals. We enjoyed lunch in a restaurant overlooking the river, and I was as fascinated as the kids. However, as Yashy mentioned here, the adults left with some food for thought.

The Handunugoda Tea Estate in Ahangama

Yashy’s family were not even aware of this gem. At the estate, a tour guide showed us everything from coffee plants to rubber trees before we had the chance to witness tea being produced. Some of the machines in operation were more than 15o years old. We sampled teas at both the dining area near the main entrance as well as in the tea shop. Their great tea selection provided us with the opportunity to stock up on gifts for our friends and relatives back home.

This remarkable structure was the biggest surprise of the trip for me. Upon entering the temple, the first building one sees contains a giant golden Buddha resting on the roof. After an invigorating climb to the top of the complex, up more than 300 steps, one is greeted to a beautiful view of the area that is particularly stunning at sunset. The caves are carved into the rocks at the top of the hill. Filled with statues and other relics, the five caves are over 1,000 years old and are remarkably well preserved.

I like to find beauty in areas that are difficult to reach, and so the Sigiriya Rock Fortress and City was the perfect outdoor activity for me. We left early into the morning, in order to beat the crowds and avoid the afternoon sun, and climbed to the top of a 660 ft. high fortress. The fee to enter the fortress was the most extreme example of tourists paying a premium in Sri Lanka. My brother-in-law’s girlfriend and I each payed about $40 CAD to enter. Yashy and her brother paid about $1! However, the fee was worth it, as was the guide we hired for about $20. The fortress has a great story to go along with its beauty and the view from the top is stunning.

The West Coast of Sri Lanka, located near India, was the ideal place to spend some time at the beach. The kids were able swim in the calm waters of the Laccadive Sea and then build sand castles and hunt for crabs. We were also able to arrange a dolphin watching tour. After about an hour in which we saw nothing, we reluctantly headed back after the kids fell asleep. And then, we found them, hundreds of them! As playful as they are portrayed in the movies, most dolphins swam and jumped in groups of 4 or 5. Occasionally, one would soar and twist in the air. It was the perfect finale of our great Sri Lankan adventure. 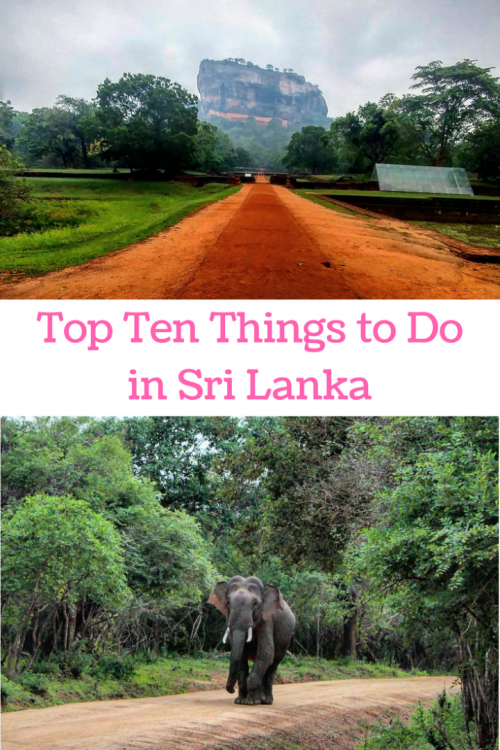