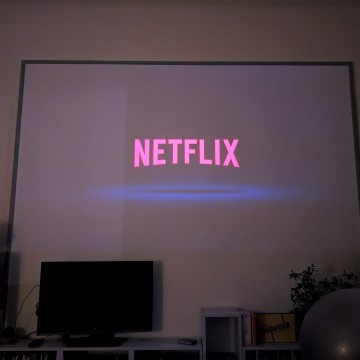 Netflix continues to be the best deal in entertainment. For someone like me, who loves to watch movies and TV, the $13.99 we pay per month for the 4-screen plan is a steal. Consider the financials – the cost of an iTunes movie rental is $5.99, while the cost of a basic cable package is $24.99. With the former, you get an evening of entertainment, with the later, you may not even get that. So it you are watching more than 1 show or 2 movies a month on Netflix, you’ve already paid for your subscription.

Netflix is also putting that subscription money to good use. The company has indicated that it will spend between $7 and $8 billion on original content in 2018. It has even committed $500 million towards Canadian content. That’s a lot of TV. That’s good for subscribers like us.

When I was in my university days, I used to watch a lot of movies. At the end of each year, I would emulate my favourite newspaper critics and make my own top ten list. Now with kids, I am rarely able to see enough movies to proclaim a top 10, but there is one form of entertainment that I have easy access to, and that’s Netflix. I reflected on the TV shows I watched in 2017 and I realized that I could put together a top 10 list of excellent tv shows based on Netflix produced programming alone. And so that’s just what I did. 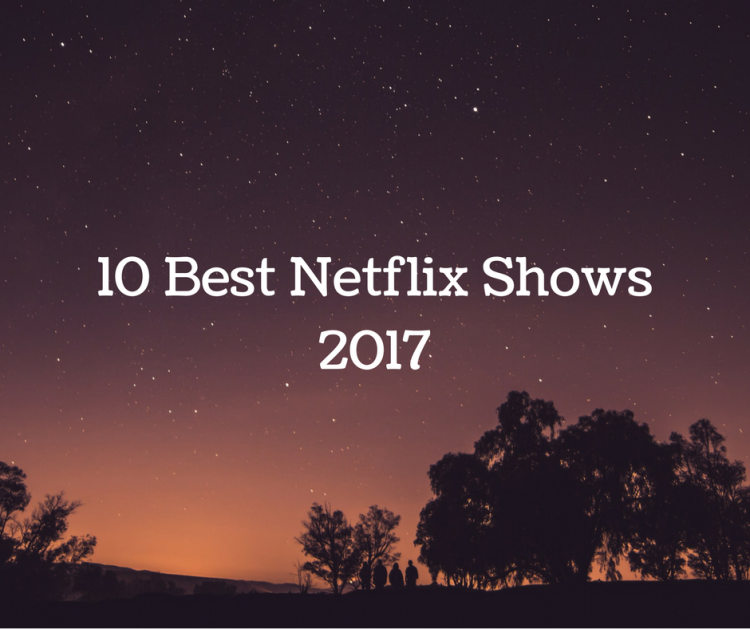 Here are my 10 Best Netflix Produced Shows of 2017 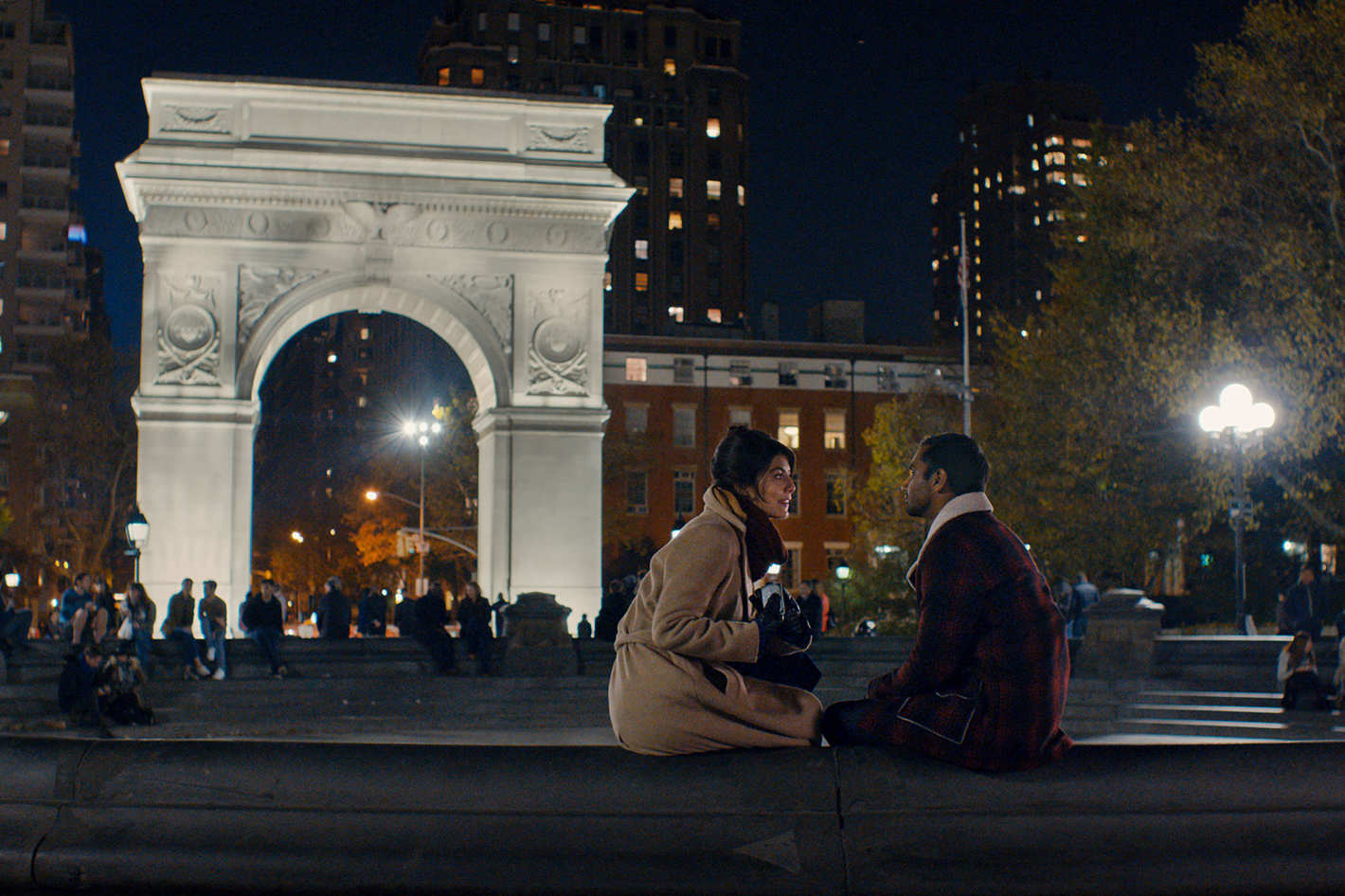 Aziz Ansari might be the most talented artist working with Netflix, and season 2 of Master of None continued to challenge our expectations. The season picks picks up where the first season left off, with Aziz living in Italy and learning to make the perfect pasta. Ansari himself actually lived in the country in preparation for the first two episodes, and clearly watched a lot of Italian cinema while he was there. The entirety of Episode 1 is a semi-comical homage to “The Bicycle Thief”, set to the beat of Ansari’s charming, upbeat personality.

The arc of the season is defined by a love story, but the individual episodes along the way often veer in unexpected directions, including the masterful Thanksgiving episode that deals with the parental pressure of coming out. It’s the series best episode to date. The season’s 6th episode, “New York, I Love You”  barely features the shows regular cast but is fascinating, none-the-less. TV shows often surprise people with plot twists, but Master of None surprises viewers with entire plot lines. The show doesn’t zig when you expect it to zag, it turns around and goes in the opposite direction.

When Ozark showed up on Netflix, I wasn’t even sure if I wanted to watch it. I like Jason Bateman, but the show just looked like another of those strange, high concept programs that seem to show up on Netflix on a weekly basis. Well, I am pretty glad I took the plunge because Ozark has one of the most memorable pilots I have ever seen. After that first episode, I spent the remainder of season not knowing or expecting what might happen next. Bateman is incredible in the lead role, shedding his nice guy image but retaining the charm. We are rooting for him, but he’s no hero.

I don’t normally binge watch TV. I actually find it nice to take some time for reflection, especially for a good show. With Ozark though, I was pulled into its world and eager to find out how each new plot development would be resolved. We finished the first season pretty quickly and I can’t wait for second one.

David Fincher is at his best when he is dealing with the macabre. Aside from “The Social Network”, his best films are “Se7en” and “Zodiac”. With Mindhunter, he gets a chance to further explore the serial killer genre, but rather make it about the mystery, he focuses on the psychology. The show starts out as a buddy cop TV drama, with its two leads locked in a clash of personalities as they focus a new kind of detective work, psychological profiling. Set in the 70s, the show looks at life before the term serial killer was widely used and presents dramatized versions of interviews with real life serial killers, and it’s fascinating.

I recall first seeing the ads for GLOW on a subway platform in Berlin. The bright 80s themed colors hinted at a show that had a chance to be a lot of fun, and it is. What I didn’t expect was a great ensemble drama that mixes a wide range of personalities into an engaging story. Alison Brie becomes the latest member of the amazing talented cast of Community to prove that she can excel in a starring role. GLOW is very funny but it also has a big heart. 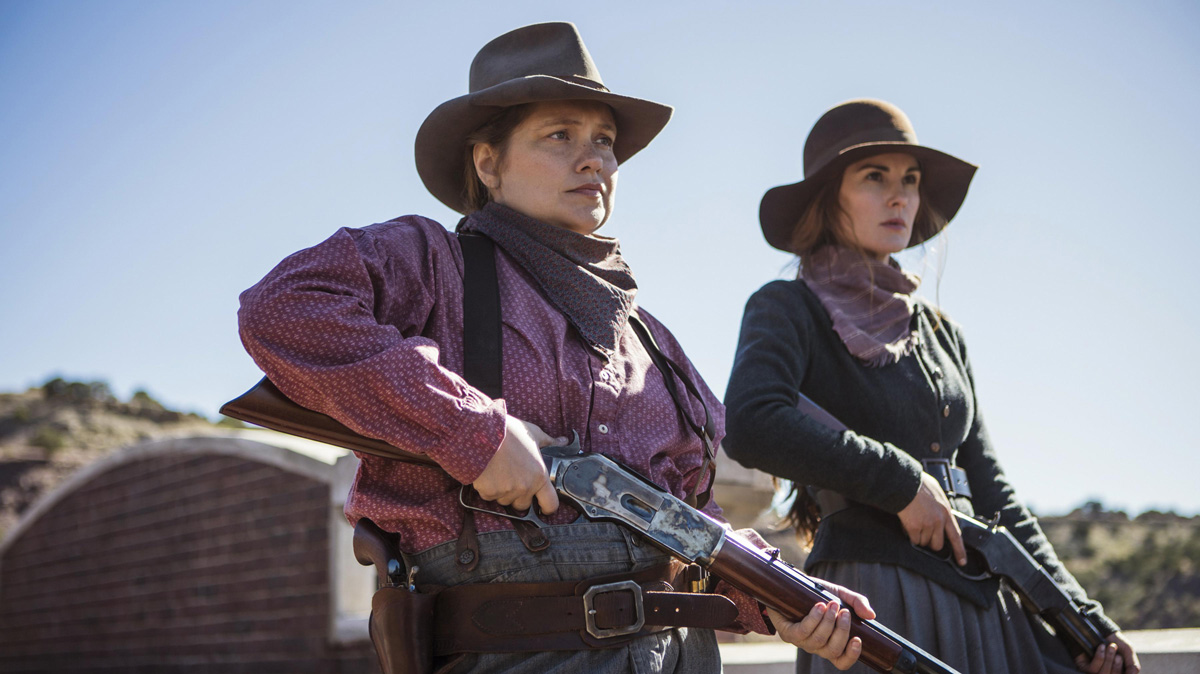 In movie westerns, the villains are often as mean as they come, and Godless sure does have a mean one. This gorgeous show belongs on the big screen, and so make sure to watch it on the biggest TV you have in your home. The big bad is played by Jeff Daniels but its Michelle Dockery of Downton Abbey fame who gives the most memorable performance. She was a refined badass on Downton Abbey, where her wealth, quick wit, and excoriating tongue were her weapons of choice. In Godless, she keeps the wit and the tongue, but trades the wealth for a shotgun and points it like she’s anxious to use it. I don’t recall a Western ever having as a large of a female cast as Godless, which means that we’ve all been missing out for years.

I am cheating a little here. Riverdale is actually a CW show, but shows up weekly on Netflix in Canada, so I suspect almost all of its viewership comes from the streaming giant. Riverdale might be the strangest show on TV. It takes the beloved characters from Archie comics and throws them into a world that is defined by drug dealings, gangs, and murder. It shouldn’t work, but it does, and it’s the closest thing we have on television to a graphic comic, along with Preacher. The show has gotten a little too extreme in Season 2, but the first season was a joy to follow.

I don’t know what it’s like to be black in the US or Canada, but thanks to important articles like this one by Toronto Resident and potential mayoral candidate Desmond Cole, I do know that there are times when it sucks. Based on the 2014 movie of the same name, Dear White People is really good at examining the important discussions black students have on university campuses and the issues they face. Its characters come from a wide range of backgrounds, and the show presents the joys of black culture while also exposing the systematic racism against black people that pervades our society. It contains important messages, and Dear White People will entertain you too.

Characters on the autism spectrum have been woefully underrepresented in film and television. In reality, very few are like Dustin Hoffman’s “Rain Man” character. Sam in Atypical is an 18-year old high school student who is mainly interested in two things, wildlife documentaries and girls. He is surrounded by two parents who love him but struggle to connect with him, and a big sister who picks on him but knows how to watch his back. As he struggles to understand his classmates, Sam’s interactions don’t always have a happy ending, but the show is genuine, compassionate, and funny.

Stranger Things is facing an uphill battle after it’s amazing first season. Try to remember the last horror movie sequel that was worth watching and you’ll see what I mean. Building off an idea like the upside-down world while trying to keep the show fresh and engaging is tough, and after the first few episodes of Stranger Things 2, I almost checked out but am thankful that I didn’t. As the season progresses towards its thrilling conclusion, it begins to recapture the humour and the emotional payoff of Season 1. With the exception of poorly conceived Chapter 7, where Eleven joins her lost sister on a revenge mission, Season 2 gets better with each episode. 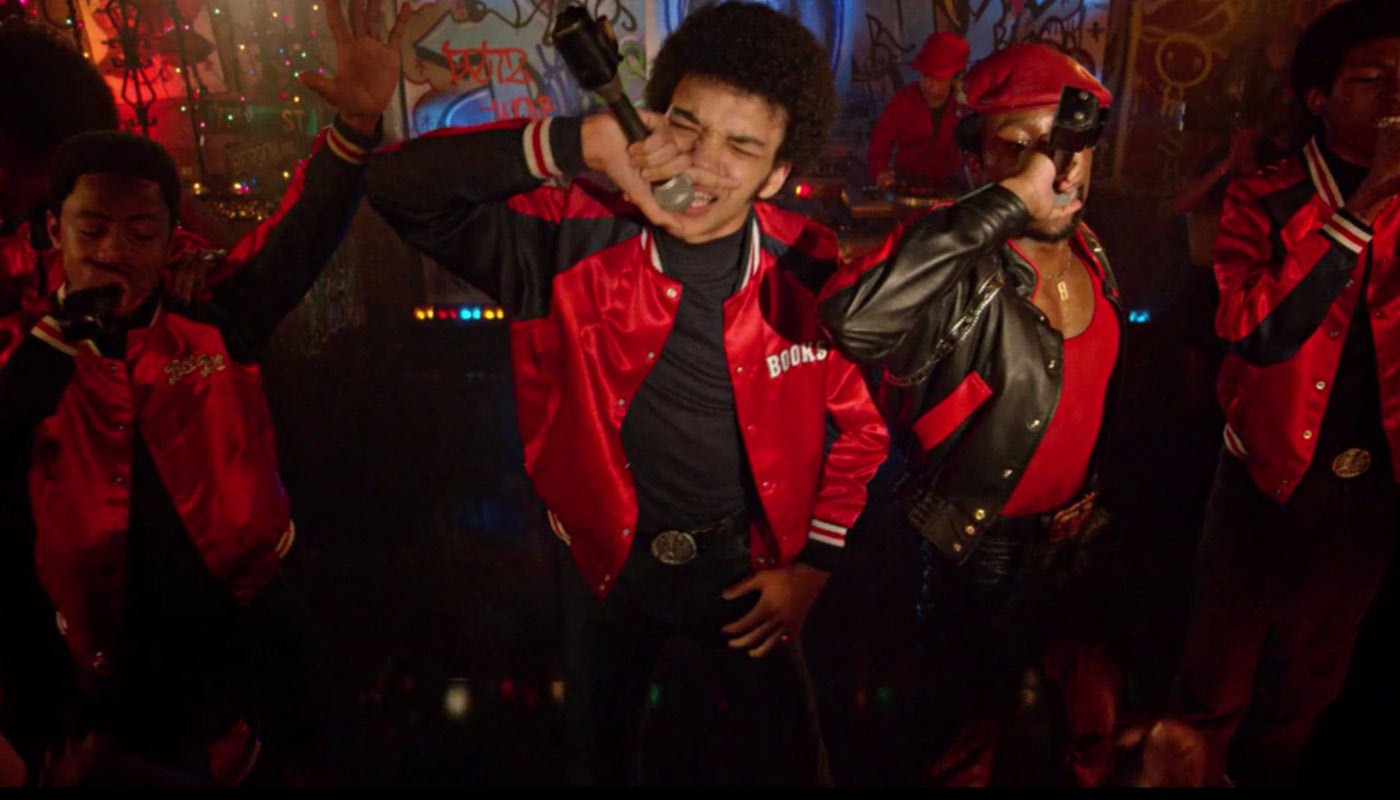 Despite being one of the first shows that Netflix has officially cancelled, the second part of the The Get Down continued to entertain. The music and the energy are the highlights of the show and The Get Down had a unique feel that made its world a great place to spend an evening. The show cost a lot to make, undoubtedly a big factor in its cancellation, but the money was well spent. In showing the Bronx in the 1970s and mythologizing the birth of hip hop, The Get Down is an example of the amazing potential of Netflix and its deep pockets.

With second and third seasons for many of the above shows slated to launch in 2018, I have a lot to look forward to. The fact that most of the shows I listed premiered in 2017 tells me that there could be a lot of great new shows in 2018 as well. And if Netflix can successfully bring us into the world of wrestling, rural Missouri and the back offices of the FBI, who knows where we may end up next?