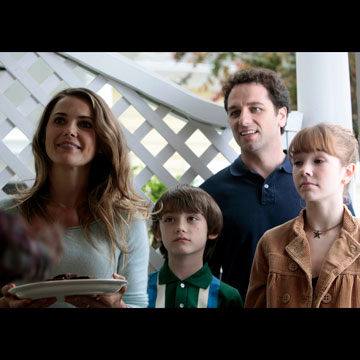 As a movie lover who became a parent, I have realized over the last few years that movies rarely offer a realistic look at family life. Family-themed movies are usually about kids getting into wacky adventures as their underwritten parents fade into the background. Some of those movies are great, but rarely have I seen a film that makes me think, “That gets it right. That’s what being a parent is all about.”

The main reason that so few movies have been made about the family dynamic is because it changes so much over time. Being the parent of a 1 year-old is dramatically different than the situation I face today, with two kids who are 4 and 6. In a few years, I’ll have teenagers, and different dramas will ensue.

A few years ago, the remarkable movie “Boyhood” followed a family over 12 years. To make the film, director Richard Linklater had to meet with his cast for a few days every year for 12 years to film scenes. It’s an amazing movie, but it’s also a once in a lifetime experiment. Cinema just doesn’t have the storytelling scope to follow a family driven narrative for an extended length of time.

TV does. A well-written TV show can capture the arc of parenthood. While few shows have done so, the medium is available to any filmmaker looking to explore the most important of all human responsibilities. Strangely, one of the best shows I have seen at capturing family life features a family built on a lie. I am referring to “The Americans”, which recently finished its 6th and final season.

The focus of the “The Americans” is the story of the Jennings, one of the most fully realized families I have encountered on TV. They are a typical American family. The parents, Philip and Elizabeth, run their own travel agency and they work hard to be good parents. Their daughter Paige is a good student, but she’s lonely and struggles to make friends. You wouldn’t call her depressed but she’s a very anxious teenager, perhaps more so than most. Her younger brother Henry is more carefree, not very focused on school but doing enough to get by. The show is set in the 80s. The entertainment options available to the kids were the ones I grew up with, VHS movies and Atari video games. They had an upbringing with which I could often identify.

However, their situation is a facade. That’s because Philip and Elizabeth are Russian spies. They did not meet each other in a social setting and fall in love. Their union was a construct of the secret Russian agency that trained them in espionage and then sent them to America as young adults. The kids came later, and they had no idea of their parents’ true identities. They were both born in the United States and raised to be normal, unassuming Americans kids.

As the show progresses, and Philip and Elizabeth struggle to keep their secret, they face increasingly complex decisions about parenting. The two are constantly in peril of being discovered and they commit acts that should keep the audience from rooting for them to succeed, were it not for their role as parents. They clearly love their kids. Like any parent, they are constantly trying to protect their kids. The Jennings, however, have a pretty high degree of difficulty.

The recent final season moved at a furious pace towards one of the better series finales I have seen. Throughout its run, the show introduced plot lines that tied into topical matters during Ronald Reagan’s presidency. The final episodes centered on the Washington Summit of 1987. There were several times during its run that the show reached its peak potential, leaving me stunned in its wake.

It wasn’t always a captivating watch. Season 5 was pretty forgettable, its main purpose being to set up a few plot lines to be resolved during the final season. However, the tension that the show maintained through 75 episodes was remarkable. The most pressing issue being the friendship between the Jennings and their neighbour, FBI agent Stan Beeman, whose family moves in across the street from the Jennings in the Pilot episode. The Beeman family experiences its own struggles, which drives Stan to a close friendship with all of the Jennings. He becomes a de facto uncle to the kids, all while the intrigue intensifies.

I think that the parental challenges that Philip and Elizabeth face are the most compelling issue of the show. Their arc, while atypical, explores many of the challenges of marriage. From their disagreements on how to raise their kids to the hard work they put in towards keeping their marriage together, the couple face extreme emotional challenges. Both excel at understanding reason and compromise. As with any arranged marriage, they are not in love when they are first married. On top of that, their job requires infidelity in pursuing ‘‘assets’ in an effort to learn state secrets. They do, however, grow to love each other, and it’s because they respect each other, even when their disagreements are a matter of national security. 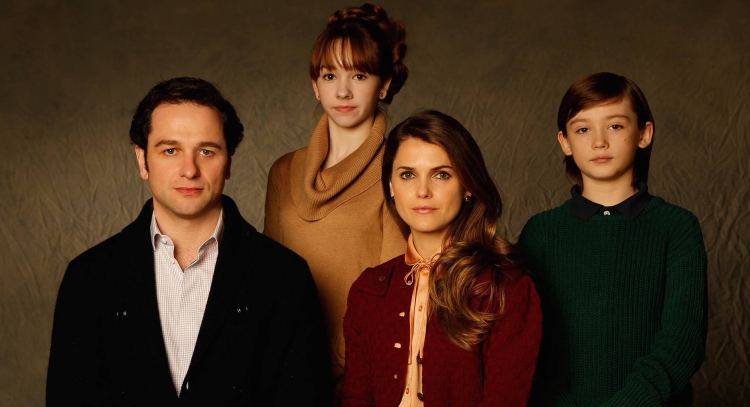 Elizabeth struggles the most. She is a hard line Communist who struggles to hide her disdain for America. Keri Russell, of “Felicity” fame, deserves to be recognized as one of the greatest living actors for her portrayal of a loving mother who must consider country before family. Now that she is finished with this role, I hope movie casting directors have taken notice. She is rumoured to be in the next Star Wars so she is about to become a lot more famous. If given the right role, she may someday win an Oscar.

Philip is portrayed by Matthew Rhys, who I had not heard of before this show. The character is far more accepting of America than his wife and for much of the show, seems torn on his actions. He struggles to stay distant from the American citizens in his life, especially Stan, with whom he grows extremely close. Fatherhood makes him more caring, and his love for his kids is in many ways a cross he has to bear. I can’t imagine how this must feel.

Work versus family, it’s a struggle for every parent. In trying to balance these often contrasting responsibilities, many parents fail. Before I was a parent, I was certainly a lot more carefree. My friends knew me to be pretty unfazed by most aspects of life, stress free to the point of carelessness in some situations. As a parent, I am experiencing anxieties that I never thought possible. For now, I am focusing a lot of time on my kids, but unforeseen circumstances, like financial commitments, could refocus my attention in the future.

For Philip and Elizabeth in “The Americans”, a multitude of fears compound over the years. Worries about being discovered, by anyone – friends, family, and especially the government – are overwhelming. As are the commitments of their jobs. Millions of countrymen are seemingly dependent on their intel, or so they are always told. They also have financial responsibilities as they work to put their kids through college, compounded by the fact that they have to focus not just on being spies, but on running a business as well.

The story told in The Americans was of country and family. It was a great story with a satisfying resolution. If you are a parent looking for a great binge watch, “The Americans” is it.