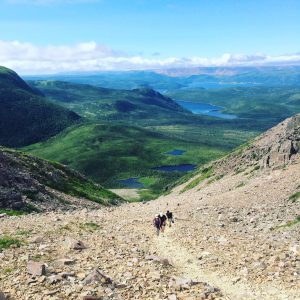 During our recent trip to Gros Morne National Park, I joined my father, my sister, her husband, and my youngest sister’s boyfriend, on an arduous hike to the top of Gros Morne Mountain. My sister and her husband had discovered the hike while researching the trip and, in the days leading up to the hike, I could tell they were really looking forward to what would be a 21 km excursion along the James Callaghan Trail. Planning to go early, my brother-in-law must have asked me at least three times in three days if I would be joining them. When I am vacationing with the family, my disdain for mornings makes me the subject of regular mockery. Dad is my polar opposite, usually getting up at 6 am each morning to start seeing patients in his medical practice by 7 am. My brother-in-law is on a similar schedule, which means my sister and their two kids are early risers as well. I am everyday thankful that Yashy and our kids prefer late nights and late mornings almost as much as I. Yashy, not a fan of hiking, hung back at the hotel with the kids, and my mom, niece, and nephew, as well as my youngest sister, pregnant and upset that we convinced her to stay back.

Despite envisioning a 6 am departure, I was eager to visit the mountain. Some of the most invigorating moments of my life have come on a hiking trail, including a trip to the top of La Soufrière, an active volcano in St. Vincent & the Grenadines. When I am asked to join a trek through the woods, I never hesitate to say yes. Only on the night before did I learn, to my relief, that 8:30 am was the intended departure time. I have the 8 to 10 am breakfast schedule at our hotel to thank for this somewhat reasonable deadline. We had heard varying estimates on the total travel time up and down the mountain, but all knew it would require a hearty breakfast. We eventually set out from our lodgings in Norris Point at about quarter to nine, arriving at the base of the trail shortly after 9 am.

Everyone in the group was ready for the challenge. My Dad had been doing his usual 10 to 18 km runs, including some hill training. My youngest sister’s boyfriend, based on the surfeit of workout equipment he had set up in his new shed, is seemingly shooting for a squat record. My sister, a former marathon runner, is still very active after having 2 children. My brother-in-law and I have both been watching my father run a steady stream of marathons and half-marathons and are both tacitly intent on doing the same someday (or some year) soon.

During drunken revelry a couple nights prior to the trip, we each sputtered enthusiastic estimates on the speed with which we would ascend to the top. My brother-in-law shouted that we could finish in 3 hours, I excitedly concurred, and it was settled, we would make it to the top in record time and call Guinness afterwards! 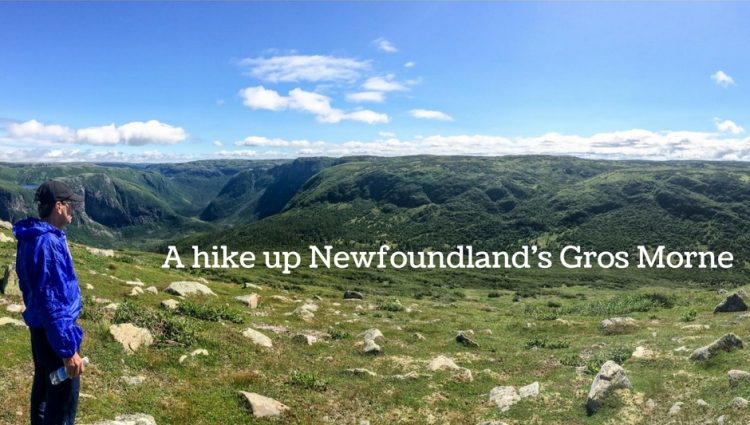 Journey to the Summit

We did set out at a brisk pace. The lower 4 km of the trail is a steady incline through a densely forested area, but the trail was well worn and contained wooden planks and cross beams at regular intervals. These luxuries were a welcome aide in some of the steeper areas. We flew past several fellow hikers (we saw dozens of people on the trail that day), and made it to a rocky plateau well within an hour. At several look-off points, we were exposed to increasingly dreadful glimpses of the rocky terrain we would need to climb to reach the top. When we reached the plateau, I surveyed an area covered in thousands of 5 to 10 pound rocks, many jagged and most freely resting on top of other, similar sized rocks. I thought sure footing would be the biggest challenge to the top. Only when we started climbing did I realize the challenge would be more mental.

For the next 200 to 300 meters, we slowly made our way up this most challenging part of the trail. Near the halfway point of the rocky inferno, with fatigue setting in, I started walking a little too upright in one section and the weight of my backpack nearly pulled me back down the trail. Had I fallen backwards, I likely would have ended up with a few gashes, or worse, a broken leg. At that point I regained my focus, leaned forward, kept my legs bent and just kept driving upwards. I had recently shifted my weightlifting regimen away from the heavy weights I had been lifting for almost 20 years towards an endurance focused light-weight approach, and this helped me to maintain a steady pace to the top without my legs burning up. My father, 67 and one of most fit people I know, seemed to have no problem maintaining my pace, and the two of us stormed the summit for a well deserved rest as we waited for the others. The air was cooler at the top, but completing the climb on one of the first days in August meant that we could bask in the warm temperatures that reliably fill the island for little more than a two week window at the end of July and the start of August.

The Summit of Gros Morne Mountain 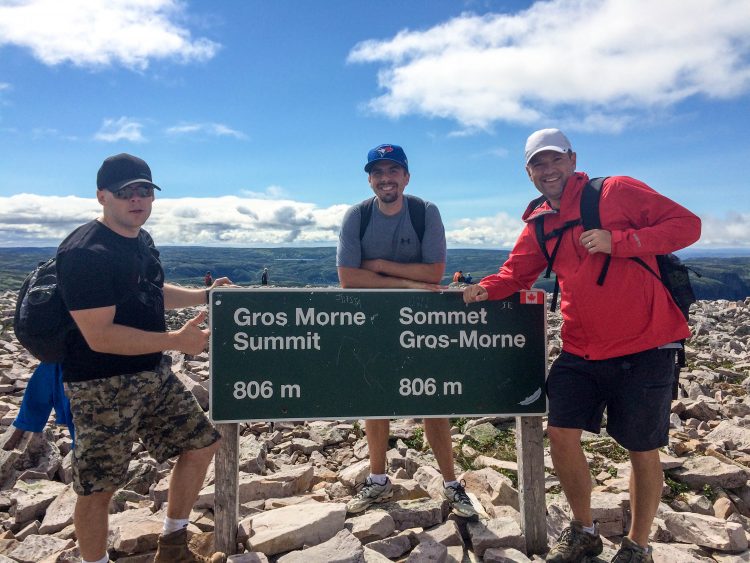 The hard earned view at the top will be something that the five of us are sure to reflect on many times in the coming years. We posed for a photo next to the elevation sign at the top, 806 m that felt like 8,006 m, and then walked over to the cliffs overlooking Ten Mile Pond to the north. I was born on the Rock, Newfoundland’s apt nickname, nearly 40 years ago, my father more than 65 years ago. It took us both too long to find the view that was laid in front of us.

A hiker we passed along the way told us that the climb to the top would take two hours, but since coming back down amidst a sea of jagged edged stones was not a wise idea, the path back would take us 5 hours, with the trail on the descent winding through flatter terrain. We were incredulous in learning that it would take us so long to return home, and so we hastily departed and resumed our hurried pace along the back side of the mountain. My sister’s boyfriend, an Afghan vet, regaled us with the story of his climb up Mount Kilimanjaro, which made this climb seem like a walk to and from the grocery store. I especially liked his description of a guide named Rocky, who, each day, would start out 1 hour later than the rest of the group, only to be sitting at camp when everyone arrived in the evening. The pack that Rocky would carry up the mountain was so heavy that my sister’s boyfriend, a very strong guy, couldn’t even get 100 m with the bag on his shoulders. 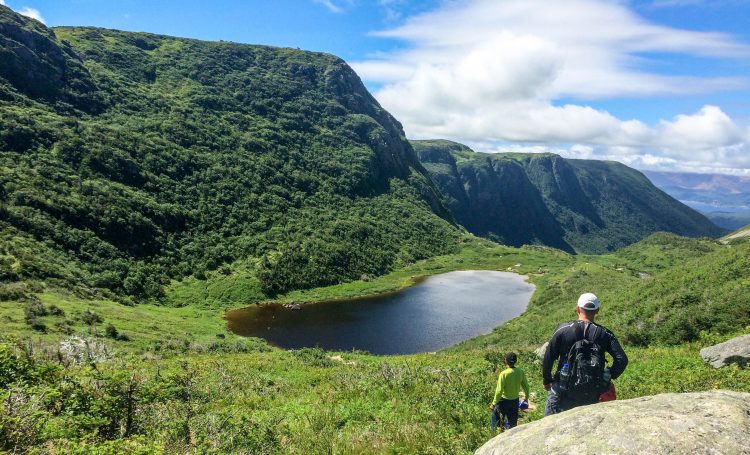 Fortunately, we discovered that we were misinformed on the length of the journey back, completing the back trail in about 2 hours and not 5. The downhill path was tough on the knees and ankles, and I stumbled a few times over errant roots but kept my balance during the brisk walk. Knowing I had a few cold pilsners in the fridge back home drove me forward. We passed a small, crystalline lake along the trail, but I think were too fatigued to consider its promise of relief from the heat, as not one of us even suggested that we stop for a dip. Over the last 5 km of the hike, little was said as we militantly made our way to the car. When I pulled out my phone at the end to check our progress, we had just finished 21 km, a half marathon on rocks, over 27,000 steps. We finished in 3.5 hours and soon learned that the hike usually takes about 6 hours. Perhaps we should call Guinness after all. Speaking of Guinness – that celebratory beer, one of the best I ever had.