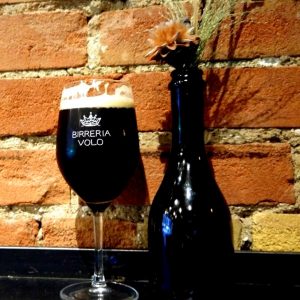 I have been hooked on sour beer for almost three years. Before that, I didn’t even know that such a thing existed. My introduction occurred one night at Toronto’s Bar Volo, during Zwanze Day, which I now consider a holiday, and since that night, I have gone on many an adventure in search of Lambics, Krieks, Gueuzes, Goses, Berliner Weisses, Sour Stouts, you name it. If it’s sour, I want to try it. Lately, it’s all I want to drink, which is why the recent opening of Birreria Volo in Little Italy is, for me, the best beer related development that’s happened in the 10 years that I have lived in Toronto. With its focus on Sour and Wild Beer, the place was almost guaranteed to be my favorite beer venue in Toronto. My years frequenting Bar Volo, which is (was)* under the same ownership as Birreria Volo, assured me that this new location would be second to none.

Shortly after Birreria Volo opened, the family and I loaded up our double stroller and made the 30 minute walk over to Little Italy, anxious to learn firsthand what was happening at the somewhat secretive new location. The website features only the address, the hours of operation, a contact email address, and a link to Bar Volo. With no menu and no tap list posted, the only details I had gleaned were from the social media posts of a few local Cicerones who were provided with advanced access to the bar the week before our visit (A Cicerone is like a Wine Sommelier for beer). 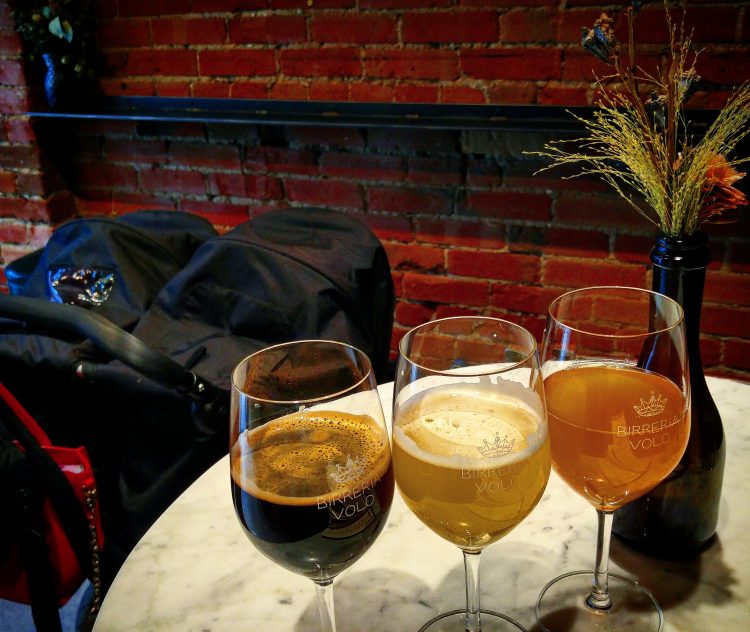 When we arrived to the unassuming location, tucked in next to Indie Film hotspot, The Royal, I have to admit I was pretty excited. We walked in at 5:30 pm on a Saturday to a largely empty bar and grabbed a couple seats near the front. The kids were passed out in the stroller so we tucked them in the corner and sat down on a couple of stools to browse the menu. I had heard that a couple Cantillon beers were available and quickly shuffled through to find them. Sure enough, the menu featured a 2015 Lambic and a 2015 Kriek with Cherries from the famous Belgian Brewery. Sadly, the Kreik had sold out the night before, but when I studied the tap list, my disappointed quickly dissipated.

The list featured about 24 beers, similar to the number offered at Bar Volo, and was filled with special one time batches and hard to find local beers. Though the focus is on Sour and Wild Ales, there are a few other styles available, including IPAs, for those who prefer hoppier beers. Several Saisons, which is a style of Pale Ale that tends to be fruity and spicy, were also on the tap list, and I would recommend trying a Saison if you are looking to adventure outside of Sours and IPAs.

I was happy to discover that the bar was offering 6 ounce pours from a number of the pricier bottle beers available on the menu. With many of the 375 ml bottles in the $25 to $35 price range, this is a great option for those looking to sample a range of styles. I took advantage and ordered a delicious 6 oz sample of a Lambic/Saison blend from the Italian brewery, LoverBeer. Since the beers on tap are also available in 6 oz pours, Yashy was more adventurous than usual and tried a number of beers that she really enjoyed. Myself, I either really liked or loved everything I tasted, including the Shapeshifter from Toronto’s Halo Brewery and the Oud Bruin from Niagara-on-the-Lake’s Exchange Brewery.

After sampling a beer, I took a stroll down the long, narrow bar to check out the layout, which includes a patio in back. On the way, I discovered the Cantina, where a number of bottles lined the walls of the small room. The Cantina is not accessible but the display windows revealed several bottles of Cantillon beers that I didn’t see on the menu. 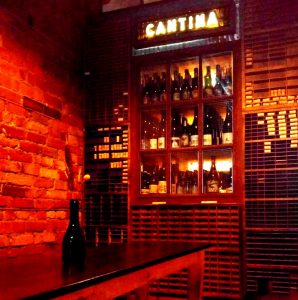 Intrigued, I went over to the bar, where co-owner Tomas Morana was proudly tending bar and conversing with the patrons of his amazing new creation, and inquired about the bottles. He smiled. I am sure I was not the first to subtly demand an explanation for these hidden-in-plain-sight gems. He happily explained what he is hoping to accomplish with Birreria Volo. All too aware of the hysteria that surrounds limited beer releases in Toronto, his goal is to prevent these hectic days and to allow his patrons the element of surprise. Those coveted beers in back, they will be released some day but that day won’t be advertised. He wants to be able to make beer discovery more accessible to those of us who don’t feel compelled to line up two hours before opening just to sample a limited release. This approach allows his customers the chance to discover something special and provides unique tasting opportunities to beer drinkers who might walk into his establish looking to try something new. It’s a refreshing approach that I hope will make the bar memorable for everyone who visits.

(He also told me that he has a couple Cantillon kegs that he has yet to tap, which means I may have to become a Saturday regular at Birreria Volo, but that’s no problem, I can’t think of a better place to be on a lazy weekend afternoon).

*Bar Volo recently had to close its doors after 28 years on Yonge Street to make way for a condo development. Fortunately, the bar will soon reopen in a new location, located not far from the old one.