We haven’t done  a Fashion Friday post in a while and even though we’re in Berlin, I wanted to share a couple pictures from Zaragoza. There were many awesome fountains in the city of Zaragoza but Fuente de la Hispanidad was my favourite. It takes a while but when you look at it from all angles you realize that the fountain is a map and is supposed to represent Latin America. Very cool and very pretty. The Fountain of Hispanidad is located at the main square in Zaragoza and close by to the Tourism office and the famous Cathedral of Pillar. It was built in honor of the Hispanic American countries, since the Virgin of the Pillar is the Patron.

I REALLY wanted to jump in there and splash around but of course I didn’t. Luckily the kids only asked to play nearby with their ponies, so there were no tantrums to be dealt with in denying them splashing privileges!

I hope you’re gearing up for a great weekend and if you have any ideas on where we should head to next after Berlin, do let me know! 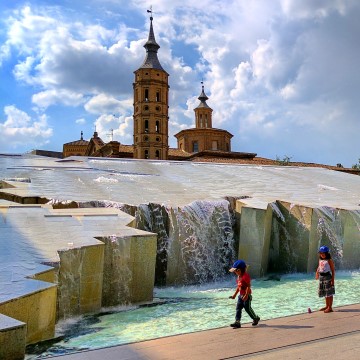 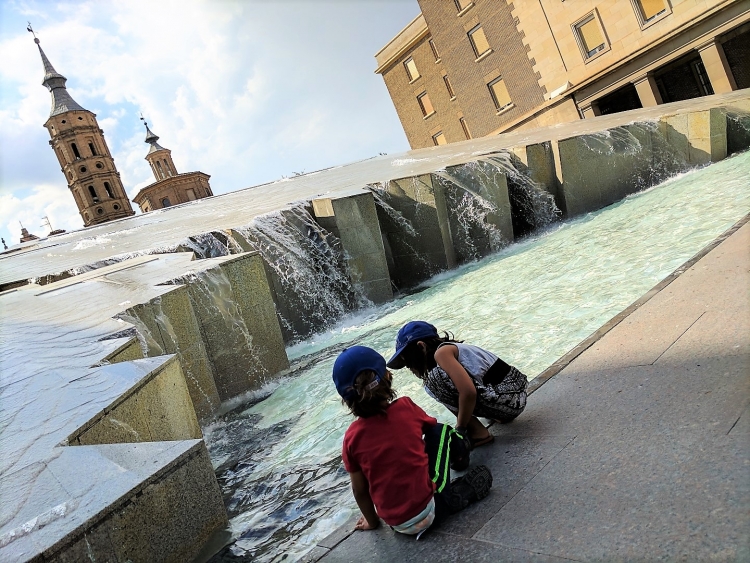 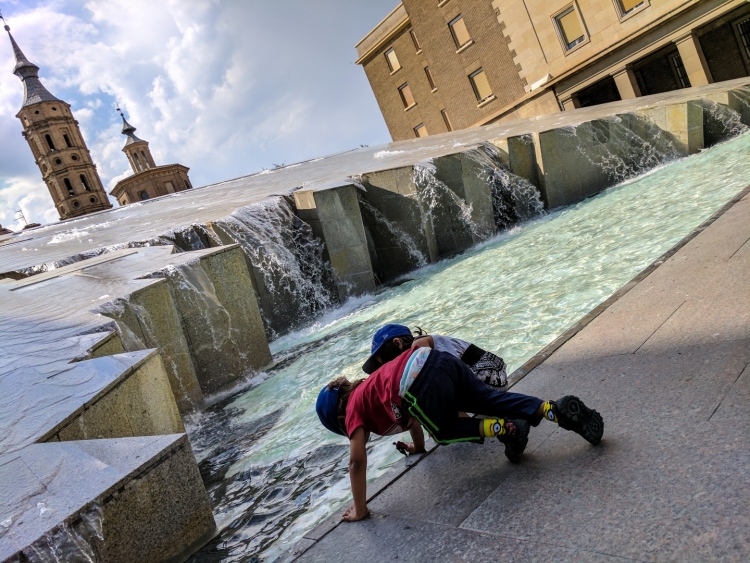