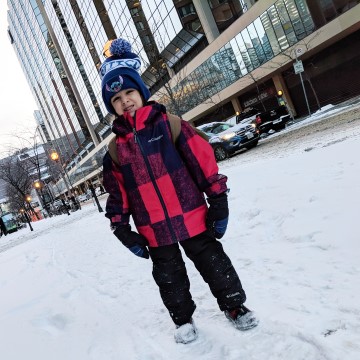 A few months ago, I shared the story of our Little Man’s struggles adapting to Junior Kindergarten. After we made the decision to enrol him in school when he was two months shy of his 4th birthday, it initially appeared that he just wasn’t ready. His older sister had started school two years earlier at almost the exact same age and had adapted quickly, but with our little guy, it just wasn’t happening. And then it did. With some help from his sister and her friends, he made it through the first two months of school and suddenly stopped complaining. Then he started recounting his days at school, sharing tidbits of information about his new friends and even taking an interest in his occasional homework assignments.

Disclosure: This post is part of the YummyMummyClub.ca and the Ontario’s Catholic Teachers #CatholicTeachers sponsored program. I received compensation as thank you  for my participation. This post reflects my personal opinion about the information provided by the sponsors.

So things were going well, but the biggest test for me arrived at the school’s Christmas concert, which would place our Little Man in unfamiliar territory. We would be taking him to the school in the evening and leaving him with the rest of his classmates while our family rushed into the gymnasium to find seats. To my surprise, he willingly left us behind and when it came time for his class to perform, he marched up on stage, sang along with everyone else, and even did a few moves choreographed to the song, “Christmas Don’t be Late”, made famous by the Chipmunks but now forever belonging to the Little Man in my mind.

When I last described his struggles, I mentioned the huge role that his teachers played in helping him to adapt, one of whom seemed to know exactly how to manage him and wisely let him move at his own page. Since he wasn’t ready to talk to his classmates, this teacher made sure to get him the attention he needed by taking him with her to the copy machine when she had to print out the day’s lesson. It seems like such a simple thing but it allowed her to pay a little extra attention to our Little Man without jeopardizing the needs of her other students.

So now that we are in the second semester of school, we have started to focus on the learning. Our experience with little guy has certainly been different. His big sister quickly adapted to the playground and emerged as a student who loved to build relationships. She would insist on sneaking toys to school so that she could trade them with her friends for a few days. Though she wasn’t supposed to take toys to school, we were encouraged by her sharing skills. I was also very proud of her on the days when she would relate how she always made sure to be nice to any classmates who were upset or being picked on. She seemed to genuinely want to help. 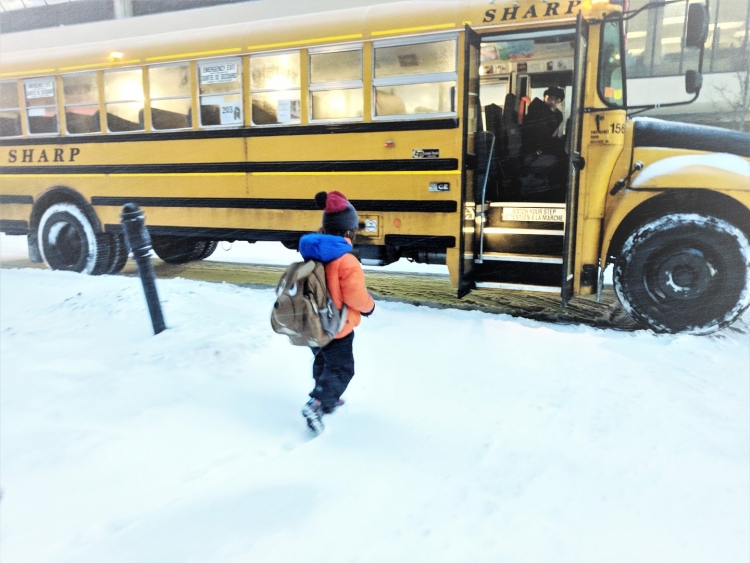 With our son, I’ve often worried that he is the kid who is upset and could use a friend. At home, he can still be shy around other kids whenever family friends show up, but this does not seem to be the case at school. Everyday he tells us about his classmates, and though he mentions some names more than others, I can’t even count the number of different kids he has told us about. I am confident that his teachers have been instilling strong values in him and his classmates, including the importance of fairness when it comes to taking turns and sharing, as well as genuine feelings of compassion and respect. Not once has he come home and related any sort of injustice that he has witnessed. Fights will eventually occur, I am sure, but these kids are starting their education out right, socially as well as intellectually.

That well rounded education is exactly what I want for our kids. I am confident that they will learn all of the math, reading, and problem solving skills they need to keep progressing forward. Those are the basic building blocks of education, but for me, it’s the social lessons that mean the most for young children, and those are the lessons that are likely the hardest to teach. For me, that’s where the arts play an important role.

I have been noticing that the kids will occasionally watch a film at school. As a dedicated moviegoer and lifelong film lover, I grew intrigued. Through countless hours of exploring world cinema, I feel that film has helped me to better understand my emotions and taken me to times and places that I’ll never have the opportunity to discover firsthand. The first time our daughter came home from school and told us that they had watched a movie at school that day, I was a little surprised. I mean, I think a film education is valuable, but I was thrilled to hear that teachers often feel that way as well. Take a look at this profile of Catholic Teacher, Anthony Perrotta.

AnthonyPerrotta from OECTA on Vimeo.

To see a teacher use popular entertainment like Star Wars as a means of getting his students to unpack meaning in art is the kind of education I am thrilled to see. Learning about topics like race, inequality, class, and sexuality is one of the most difficult aspects of growing up, and it’s artists who are often the best educators on these concepts. I have used Star Wars in many discussions with my son, having conversations about why each character behaves the way they do. Darth Vader is someone who lets his anger dictate his actions but when he eventually sheds that anger, he saves his son. By using movies, I am able to unpack the ways that the main characters find meaning. In the Catholic School system, this is an excellent way to give examples of faith.

Watching our kids grow has been the most rewarding experience of my life, and also the most complicated one. Often, I try to shield the kids from the harsh lessons of the world but as they get older, my guard continues to lower. I make it a point to make movies a regular part of our time together, with each film bringing new lessons to discuss, and as I am learning, revealing fears to conquer. I am thrilled to have the support of the Catholic School Teachers in raising our kids. In fact, I recognize that there are times when our kids will learn more about values from their teachers than they will from us, and I am OK with that. Based on our experiences so far, these teachers have been invaluable members of our family.

Catholic Teachers will continue to play an important role in our kids’ maturation. If you want to learn more about this amazing group of individuals, visit http://www.catholicteachers.ca/LessonsForLife.