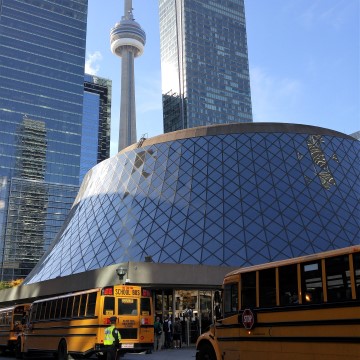 One of the early decisions we made during our pregnancy with the Little Monkey regarded her schooling. You may recall that we had both kids baptised  in Toronto and while I should be ashamed to admit it, one of the reasons was so that they could get into a Catholic school in Ontario. Of course the hubs and I had both been baptised and not only did we get married in a Church (for one of our many celebrations), we also attended Catholic schools growing up. Yes, I went to Catholic school in Dubai and Bahrain, which I know is shocking to many. We’ve shared many tales about how fortunate we were to get into our first choice of schools when it came time to enroll Little Monkey, and while we had a bit of a bumpy first year of her not FULLY loving school, her second year was very different.

Her teacher last year was very nice, but the idea of going to school “for so loooooooooooong” didn’t sit well with our then 4 year old (she was only 3 when she started school). This year, her new teacher, Mr. Murphy (who was supposed to only be a sub mind you), has made an incredibly positive difference in Little Monkey’s attitude and behaviour. The hubs and I often chat about why we like him as a teacher and I think there are a couple reasons. The main one being that Little Monkey, perhaps because she’s a bit older, really enjoyed going to school during her first semester of SK. Once shy, she has opened up under his guidance. He excels at getting the students to actively participate in class, and he treats his students with respect and kindness even at this young age. As parents, we’re starting to see how a positive teacher can make a difference in a little girl’s life.

I’ve volunteered a couple times to chaperone the SK class’ visits to the library and of course, the hubs and I have attended the teacher-parent conferences, giving us the chance to talk with Mr. Murphy several times. The idea of our daughter having a positive role model at school is something we really like. Little Monkey generally feels more comfortable with female figures, but Mr. Murphy is slowly making her realize that she doesn’t need to be shy around male figures who aren’t immediate relatives. This Catholic teacher not only teaches them reading and writing skills, he has also been great at instilling every day values, such as the importance of treating our neighbours and friends with kindness and respect. He seems to be able to teach these qualities on a peer-to-peer level versus a “I told you so” way and it’s resonating with Little Monkey. Catholic teachers make values such as fairness, compassion, respect, concern for social justice, and the environment a priority in their classroom and all of us benefit from this approach. If you’re looking to learn more about the ways Catholic school teachers are making a difference and teaching kids important life lessons, check out this link, which outlines their focus on the future of our little ones. 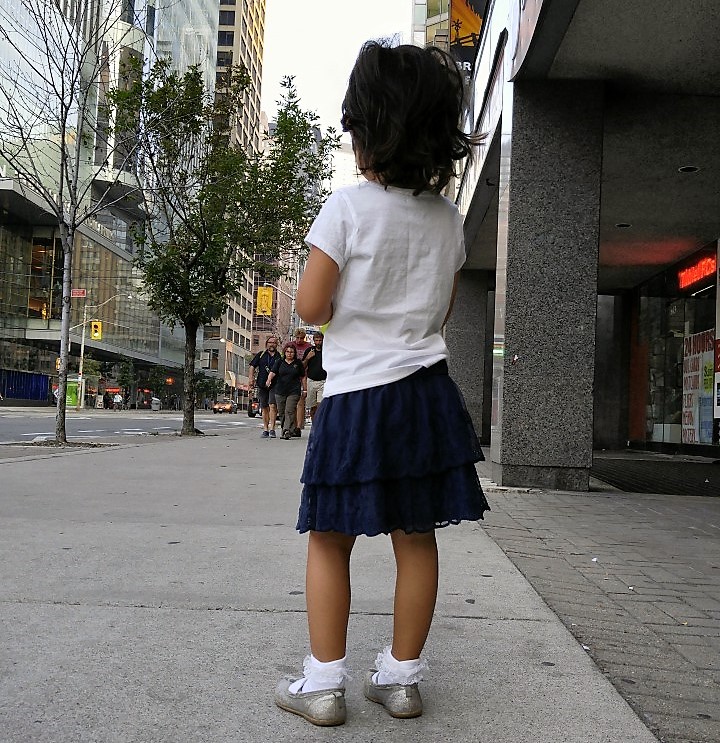 As you know, we’ve been travelling a fair bit this year and with her being in Senior Kindergarten, I wasn’t sure how the school would react to us pulling her out to travel. Weekend trips were one thing but when we decided to go to Sri Lanka for 3 weeks, I was actually cautious on how I approached the topic. Much to my relief, not only did Mr. Murphy suggest taking homework but he was very supportive of our decision to take our kids traveling, where they could learn about other cultures. The fact that he sees the value in travel and trusts us to handle the homework responsibilities was very comforting and encouraging. I recently came across the video below and it really struck home. One of the reasons we travel is to show our kids that the world is comprised of different people and different ways of living and while we have our own circle of friends in Toronto, I forget that Little Monkey meets and interacts with different cultures and people from all walks of life, on her own. I love this and when she tells us about her friends we try our best to meet them ourselves.

Eli’s Allies from OECTA on Vimeo.

No longer is Little Monkey dreading school and she is apparently an outgoing member of her class. That last part was a bit shocking to us actually. I mean, when Mr. Murphy told us that our shy Little Monkey gets on a chair and starts singing “Shake it off” while her friends surround and applaud her, our reaction was, “WHAAAT?” Those who follow the early morning Instastories we used to post during the school year will be equally surprised I bet. How can that whiny, tantrum throwing girl be so fun, carefree and excited at a place she complains about waking up early for? It’s simple I guess, she has a supportive and fun loving group once she gets there, making her forget the early morning wake ups! I totally have my fingers crossed that Mr. Murphy is there for Baby Boy’s JK year this September. I mean, during the few times we’ve visited for conferences, he has managed to make Baby Boy feel comfortable in the classroom too. Perhaps our second time around at JK will be much easier!

Disclosure : This post is part of the YummyMummyClub and Ontario’s Catholic Teachers #CatholicTeachers sponsored program. I received compensation as a thank you for my participation. As always, opinions are TOTALLY ours!