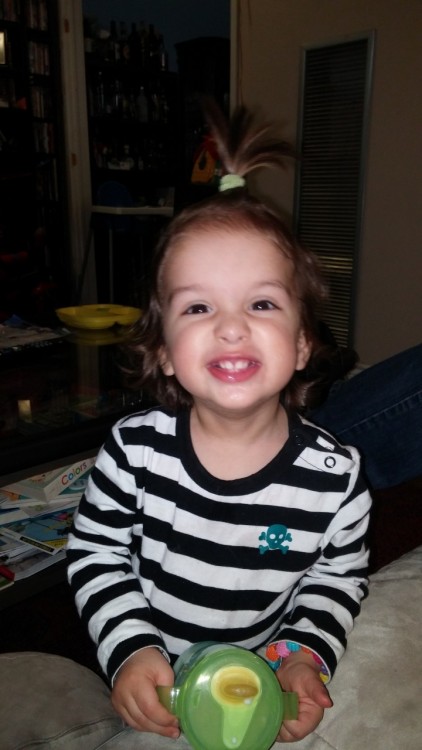 My toddler isn’t talking…and that’s okay. Sort of. Baby Boy at 17 months still barely says anything and it’s hard because I keep thinking about how Little Monkey was already into sentences by this age. It’s been hard listening to Baby Boy’s yells and screams when he wants things but we’re finally seeing some changes. Little Monkey was right on track for all the generic major milestones and ahead for some of them but just like with sitting up and walking, Baby Boy has been quite slow.

He’s been saying “Daaaadaa” for a good while now (5 months perhaps?). But that was it. Everything was Daaadaaa. Milk – Daaadaa. Get me out – Daaaadaaa. A really loud shrilly Daaadaaa at that too! It’s especially frustrating when I wasn’t able to figure out what exactly he wanted but we’re chugging along.

My brother apparently didn’t talk until he was nearly three years old and so I wasn’t too concerned about Baby Boy’s slow progression on the speech front. I knew his hearing was fine because he responds to his name and would often run every time I said Bath time (which coincidentally became “Baaf” according to Baby Boy).

Should I have brought this up with our doctor?  I suppose, but I’m a bit lazy like that. I guess it’s all fine because he’s finally saying a few words recently. Two months ago we’ve “gahbage” and “daaapaah” ( diaper), last month we got “yuck” “ta-ta” and “boof” (boots) and last week “beer”. Yes folks. All of that BEFORE Mum. Guess what… “Mum” finally came out over the weekend and now there’s no more Daaaadaaa early in the morning. No.. yesterday I got a “Mum” at 8:30 a.m. Sigh. Good timing eh? 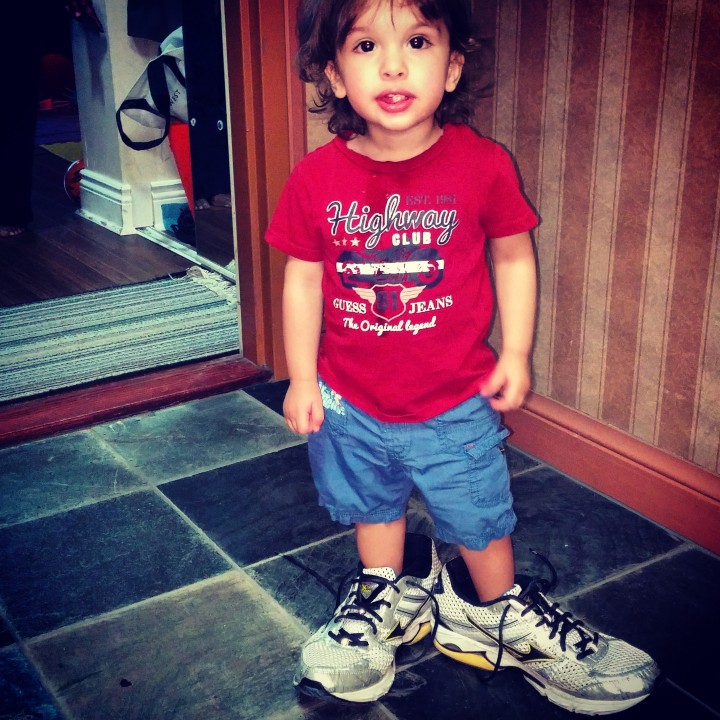 I won’t say it’s a girl-boy thing or even a 1st child-2nd child thing but we definitely have different parenting habits this time around. While Little Monkey was watching tv, skyping away and playing with her iPad since she was six months old we’ve been keeping these away from Baby Boy as much as possible. Kid doesn’t even know how to swipe on a screen! He’s not the smartest cookie but only time will tell if electronics at an early age makes kids smart ;). He can climb out of his crib and open the front door though! BOYS!

Alright I guess it’s time for me to put on my boofs and head to work so I can be back in time for their baafs.