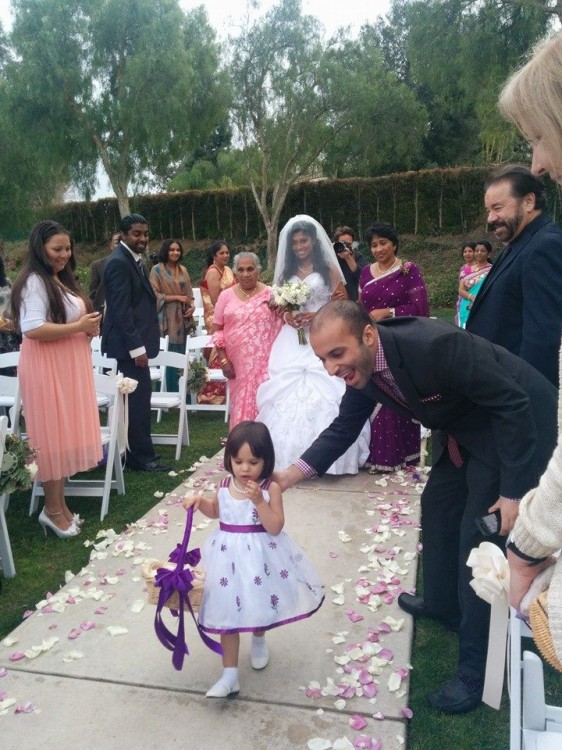 Our toddler had a big event in Los Angeles…she was a flower girl for the very first time! My cousin was getting married and she had asked if the Little Monkey would be her flower girl. Ofcourse I said yes … and then I wondered how things would go down. I mean at just a little over 2 years she’s well into her terrible twos. Tantrums and her way or the highway. GULP.

We were two weeks out to the big day and I knew I had to do a couple things to prep the Little Monkey for the important job ahead. First of all she was going to meet a lot of new folks (and she isn’t the friendliest person when it comes to strangers) so I tried to get on Skype with the bride, my grandmother and the bride’s sister who was also the maid of honor. My logic was that familiar faces will put her at ease and that hopefully one of my cousins could look after her  during the photos and the ceremony. We Skyped three times in the two weeks leading up the big day and hoped for the best!

Next up I kept showing  her the dress and shoes she was to wear on the big day (my cousin had sent us a picture – the dress was coming to Los Angeles all the way from Sri Lanka). Randomly throughout the day I’d ask her if she was going to wear her white dress and drum up her excitement. She was totally into the idea and would occasionally bring up the topic herself. Especially the shoes. She loves her shoes. We did this daily the week leading up to the wedding.

Finally I showed her a couple YouTube videos of flower girls walking down the aisle sprinkling the flower petals down the aisle. This petal business was what I was most weary of. I pictured the toddler in the middle of a cryingfest running in the opposite direction. Walking quietly, on her own AND tossing petals? OH MY!

So what did happen you ask? 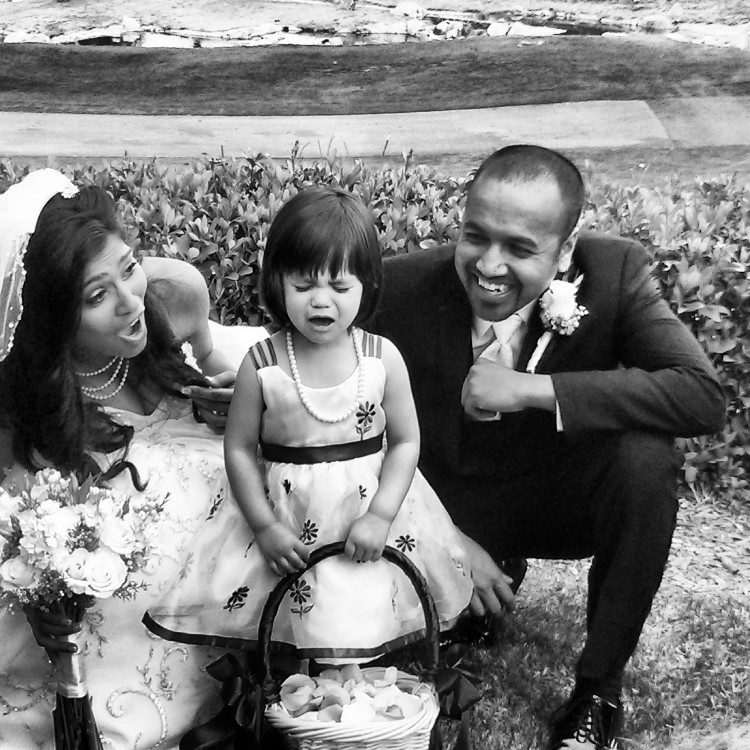 Well, we all went to  meet my cousin and the wedding party and my cousins presented the dress and shoes which the little one happily got into. We also ensured that we went and got lunch for everyone.. true it was fries and burgers but hey! Everyone was fed! I also had a cooler filled with snacks, milk and juice for the toddler. We went along with everyone to the site of the ceremony (it was  a golf course so we were outdoors) and were on hand whilst the pictures were being taken. Luckily everything was very casual and the little one got the chance to practice walking down the aisle, basket in hand. She gave them about 7 minutes for pictures and then thought everyone was laughing AT her and not with her…so she started crying. However we got the best picture with this crying session! 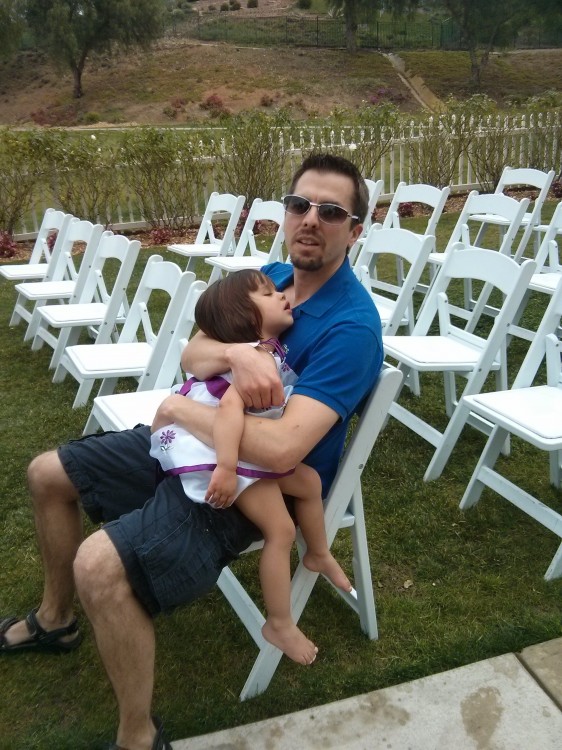 Then she took a nap… but luckily woke up easily and was ready for the show. The hubs and I stood with her at the very front whilst the bridal party walked down the aisle. We then gently told her it was her turn and she started quite nicely. My brother was at the front urging her to come along. All eyes were on the toddler and everyone was oo-ing and ahh-ing. She got halfway and just stopped..uh oh! I was wearing Baby Boy on the Bjorn but figured I had to step up the game or this ceremony would last forever! I plucked some petals from her basket and tossed them out so she started doing the same and then some other guests helped guide her up the aisle. She got to the front and then sat with us for the rest of the ceremony.

I was anticipating a 12 hour day between pictures, the ceremony and the dinner and wasn’t really sure how things would go down. However everything was very casual and this helped us all relax and sneak in that ever so important nap (she never naps at home but naps frequently if we’re out and about – go figure!). Allotting ten minutes for pictures with a toddler and then letting them roam around and do their own thing is the best advice I can give any bride and groom. Don’t expect much from the young ones. They may look cute but they can be high maintenance! 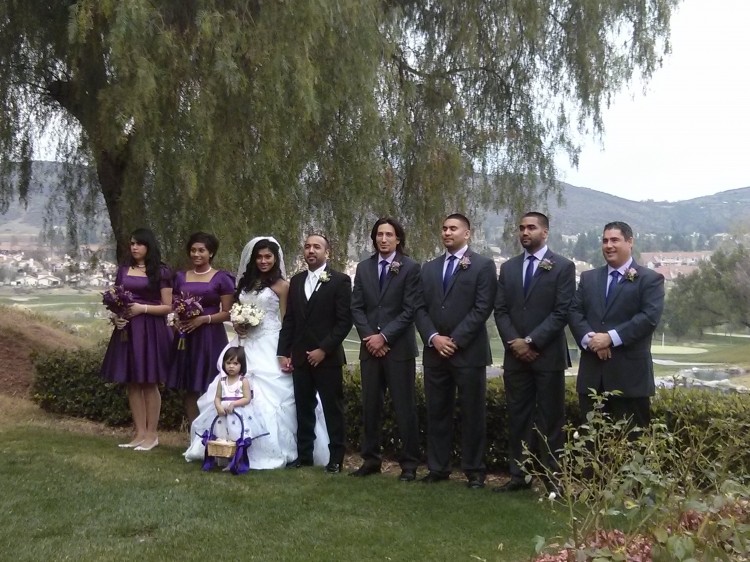 All in all not bad at all and best of all… the bride was pleased. Mission accomplished we partied the night away. Toddler included! She ate plenty of candy and didn’t get to bed till midnight!