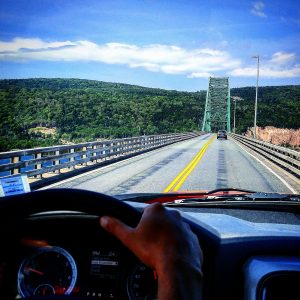 You may have seen us on the news this week. We were THAT family.

Which family you ask? That would be the one who accidentally locked a child in a truck during a quick pit-stop in Rocky Harbour, Newfoundland. Population, 979. It all happened after we pulled into the Fisherman’s Landing Restaurant, a multi-purpose stop complete with a fish and chips restaurant, as well as a Greco pizza in the front plus a liquor store and crafts shop in back. My Mom, always looking to shop, wanted to buy some souvenirs to take home, and Yashy was eager to try a poutine-like dish sold in the restaurant, and so we pulled into the parking lot for a quick break. Everyone then hopped out and proceeded in a different direction. With the Little Monkey asleep in the back seat, I decided to stay behind. 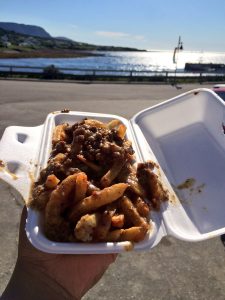 What happened next is somewhat of a mystery. I had the door open on the driver’s seat to let in the breeze to keep us cool and decided to hop down from my father’s rather oversized pick-up truck to stretch my legs. I then removed the keys from the ignition, threw them on the seat, shut my door and went around to open the back passenger-side door to give the Little Monkey some air while she snoozed – only the door wouldn’t open when I lifted the handle. “Strange”, I thought, and tried again to no avail. As I was wondering how her door could have locked, I tried to open the passenger side door. It too, locked. Now I was worried. After trying the other two doors on the driver’s side, I knew we were in trouble. Though it was a relatively hot day, we were near the ocean on the west coast of Newfoundland and so the heat was nowhere near the scorching levels we experience during summer heat waves in the city. However, I knew I couldn’t leave her locked in the back seat for long. My first thought was that I would have to break the window, but then I remembered my mother talking about her CAA membership the day before and so I went into the craft shop to get her CAA card and quickly called them to see what they could do.

When I first got on the phone, the pleasant customer service rep was doing all the talking. I had to pass the phone off to my father to confirm the membership, then started going through the directions to our location. I was trying to stay calm, to avoid blurting out, “Enough with the questions, there is a child in the back seat. We need someone now!”, but just when I was about to takeover, the rep asked about the very topic I was eager to broach. “Are there any pets or kids in the vehicle?” “YES!”, I screamed in my head, but all I had to do was respond with “Yes, there is some urgency as my 4 year old daughter is asleep in the back seat.”

That was all she needed to hear. After quickly reassuring me that they had someone in area, she asked for my number, and said she was going to hang up and take care of it. Within 10 minutes, a guy pulled up right behind our truck, asked, “Keys locked in the vehicle?’, then jumped out and got to work after I let him know he was in the right place. After about 5 minutes, he got the door open. The Little Monkey was still asleep, breathing normally, not even sweating, and all is well. By that point, she had been in the vehicle for a little under 20 minutes, which was the amount of time I was willing to wait before breaking the window.

Looking back, I would have to say that the CAA response was rather amazing, which was the theme of the CBC article. Rocky Harbour, Newfoundland, while not exactly in the middle of nowhere is a pretty small spot. With under 1,000 people, I didn’t expect to be able to get the kind of help we needed so quickly. I was never too worried about the Little Monkey, but I really didn’t want to have to smash the window on my Dad’s truck in the middle of our vacation, and luckily, I didn’t have too. CAA, if you are reading this, thank you! Based on the responses we received from friends, we’re not the first to have locked a child in a car accidentally and we were pleasantly surprised to hear how CAA came to the rescue of some friends who weren’t even card holders! 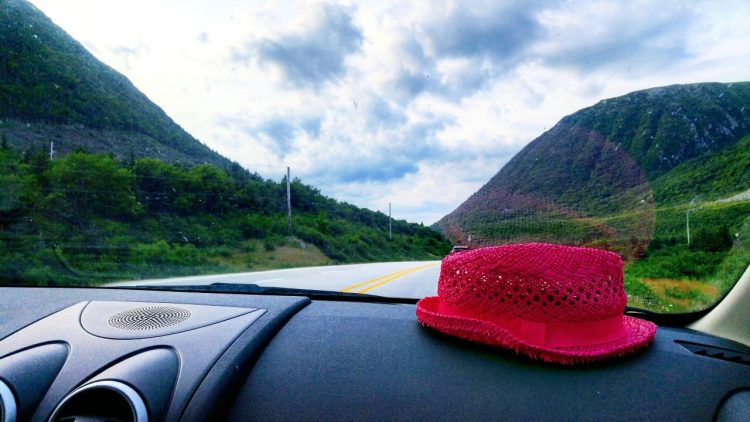 A few days later, on our plane ride back to Toronto, I was listening to episode 8 a podcast called Revisionist History by Malcolm Gladwell, a popular writer best known for the non-fiction books Blink and The Tipping Point. In the podcast, Gladwell was investing the case of a family of four in Los Angeles who were killed when the accelerator in the vehicle they were driving jammed under a floor mat, leading to a crash at an intersection that ended with the vehicle plummeting into a ravine. Upon investigating, Gladwell came to the conclusion that driver error led to the crash, not a faulty accelerator, and that a big factor was the driver’s unfamiliarity with the vehicle (it was a loaner car while the family’s main vehicle in the shop). If you are like us and frequently rent vehicles, I would strongly recommended listening to the podcast. The story made me think of our situation. This was only the second time I had driven the truck. Fortunately, this ‘accident’ was minor, but I wasn’t familiar enough with the truck to know that such a thing was possible. We still don’t know exactly how the car locked. Perhaps I or someone on the passenger side accidentally hit the lock button when stepping down out of the truck, which is what I think happened, or maybe the truck autolocked after I got out of the front seat and shut the door. Whatever the cause, it was a lesson learned. I consider myself to be very diligent when driving, but it looks like I was not diligent enough when parking.

I am always amazed to hear parents express their fears when it comes to children. We are inundated with safety products designed to keep kids safe around the home and outside. All it takes is one story about a child who experiences a freak accident in their backyard for parents to start to worrying about letting their kids play outdoors. And why not? We parents care about protecting our kids more than anything else, but we frequently focus too much on incredibly rare events and forget that the leading cause of death, by far, amongst children and teenagers is motor vehicle accidents. If I could, I would never let my kids in a vehicle, but that is not currently a realistic approach to parenting. Without getting in a car, our kids would not be able to go to school, never get to spend time with their grandparents, and be unable to experience the world outside of the Toronto subway line. In a few decades, when self driving vehicles take over the roads, car accidents will largely be a thing of the past (hopefully), but for now, we rely on our own skills and instincts behind the wheel. For that reason, I always remind myself that I can never be focused enough when driving. 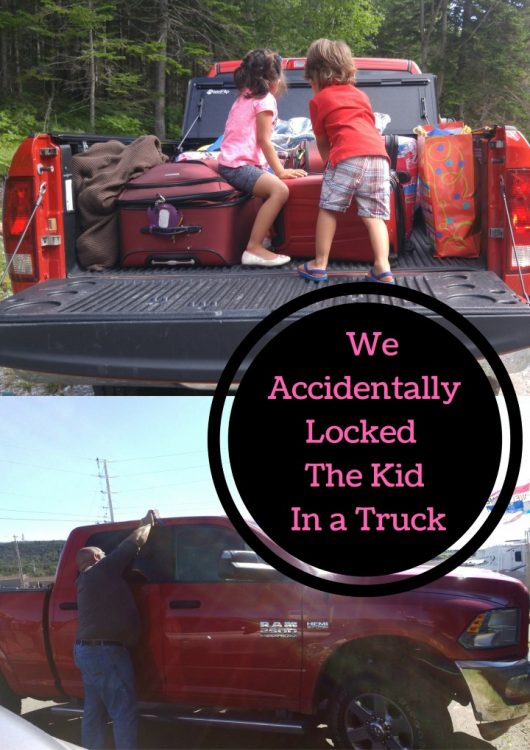