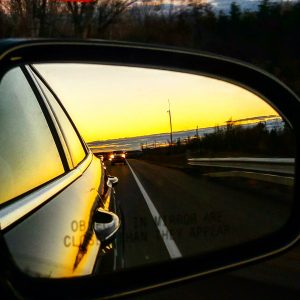 Last Friday afternoon, during an excruciating escape from downtown Toronto in a 2017 Ford Fusion, I discovered the most useful feature I’d ever encountered in an automobile, adaptive cruise control. What made this discovery so revelatory was the fact that I had used the feature before but had never considered just how useful it would be in a traffic jam.

Disclosure : We received a Ford vehicle to test drive but, as always, opinions are TOTALLY ours.

If you are not familiar with adaptive cruise, it works like this: as with regular cruise control, adaptive cruise allows the driver to set and maintain the vehicle’s speed without using the accelerator. Cruise control has always been a very useful feature for those of us with a heavy foot. I would always use it to keep from unwittingly going too fast on the highway. Growing up in Nova Scotia, using cruise control on the 4.5 hour drive, along largely empty roads, from Sydney to Halifax had always been a great experience. Unfortunately, on the congested highways of Ontario, especially around Toronto, cruise control is often rendered useless. Maintaining a steady speed in a traffic jam is not a human capability. 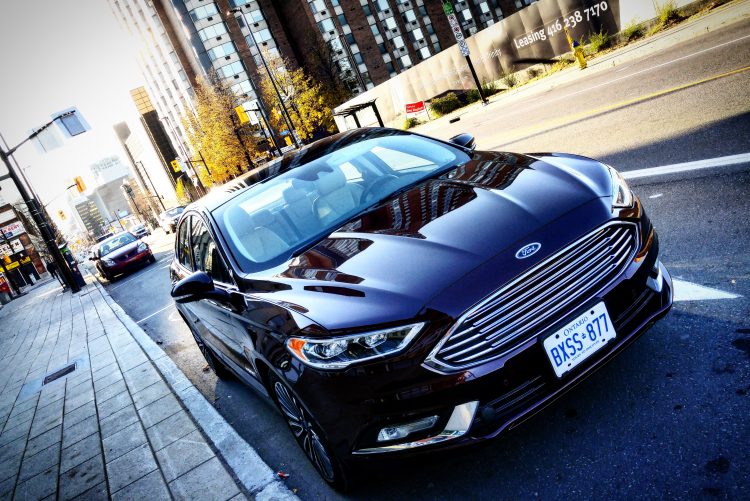 Enter adaptive cruise, which not only regulates the speed of the vehicle, but also the distance between the car in front. When that distance is reduced, even suddenly, the car will automatically slow down and adjust its speed to the lower pace. As a driver, this means that I don’t have to constantly shift my foot from the brake to the pedal when stuck in traffic in an effort to maintain a maddening 10 km/hr pace. My knee would always get sore doing this, sometimes excruciatingly so. Now, I simply set a speed, and adaptive cruise takes over. If traffic is at a standstill, the car won’t move, maintaining a safe distance behind the car in front. When traffic begins to move, the car automatically accelerates. When it inevitably slows again, the car slows down. Even more impressively, it does so with the grace of a ballet dancer, with no sudden jerks while stopping and starting.

In Toronto, it’s a routine sight to see traffic backed up along every stretch of highway in and around the city. If I faced a morning commute in this city, I would consider adaptive cruise to be the most important feature in a vehicle. And it’s just one of a number of features available in the 2017 Ford Fusion, which we recently drove from Toronto to Quebec (the Outaouais region) and back. 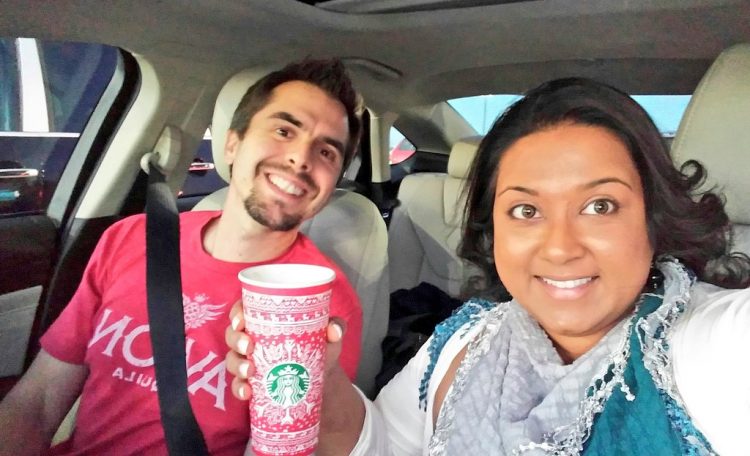 With no kids on this trip, while Yashy napped, thanks to the comfy reclining seats, and then worked, plugging her laptop directly to a power source in the car, I enjoyed a number of other features that made this driving experience a pleasure.

CarPlay: Gone are the days when I would have to go digging for CDs in the glove box (or even scrounging around the house for an audio cable in order to plug my phone into the aux input). CarPlay integrates directly with the vehicle’s built-in display and allows the driver to see a number of apps right on the front panel screen. The phone’s apps, including Podcasts, Music, Maps, and even Spotify from my iPhone are displayed for touchscreen use. Once I plugged the phone in using my standard USB charging cable, CarPlay took over and I was able to use my Apple Apps app for route guidance. For music, even though I am amongst the few subscribers who use Tidal rather than Apple Music or Spotify, this was not a problem. CarPlay will play whatever is being played on the phone through the Now Playing App.

Awareness Alerts: At one point during the drive, I passed a vehicle and then moved back into the right lane without signalling (don’t worry, I checked my blindspot). As I crossed lanes, I received a warning message on the display panel, indicating possible driver fatigue. Add this feature to seatbelts and airbags as an important life saving tool that should be standard in all vehicles. I frequently see drivers on the road that are drifting lanes and this alert system, if properly respected, has the potential to save lives.

Overall, the 2017 Ford Fusion we drove is a very spacious vehicle, that uses hybrid technology and features excellent pre-collision assist technology. When navigating the parking garage in our building, the display provided warnings around all parts of the vehicle. Having been in an accident before in which I scraped a car’s rear right panel against a parking garage wall, I suspect that these warnings would save me some money in the long run. 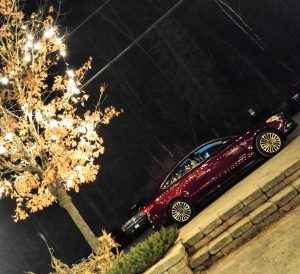 At some point in the future, we are going to consider the first quarter of the 21st century to be the golden age of driving. Those of us with driver’s licenses today are amongst the last citizens who will legally be able to drive a motor vehicle (Yashy still does not want to enter this pool!), and as we shift toward driverless vehicles, a number of the technologies used by those cars are being incorporated into the cars we drive today. One can easily envision the future after driving a car with adaptive cruise control and pre-collision assist. When I first obtained my license, I considered driving to be a task, and a dangerous one at that. Today, with a car like the 2017 Ford Fusion, this parent feels safer on the road, and more comfortable too. Yashy was so comfortable that she slept both ways!