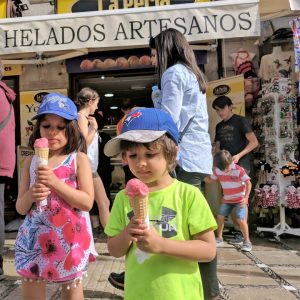 Since we were starting our journey in the South of Spain, we were told by many friends of ours that we had to visit Granada with the kids and so after visiting Ronda, we headed to Granada. Our host family had told us that we’d need a car to explore the area, which is the only reason we hired a car for our road trip. I’m here to tell you that we did not really need a car in Granada! The public transit system is well connected and despite visiting during the Easter weekend, we were able to hop in taxis and buses easily. I really thought I’d fall in love with Granada, the home of free tapas, but I did not. There are two main reasons I’ve identified. First, we didn’t actually find a home in the city and so it was a hour walk into the main areas (a walk we did on one day but never again!) and second, we weren’t organized enough to get to tickets to the Alhambra. Two simple things that could have easily made Granada one of my favourite spots!

That said, we did spend three nights in Granada and as usual, we did our very best to explore as much as we could. My favourite part of Granada is of course the food. While you can get Tapas everywhere, it is in Granada that you get FREE tapas when you order a drink. Yes, even a coke! At first we were really confused on how we should go about it, but at our very first spot we were offered food choices as soon as we placed our drink order. Calamari and burgers were on offer so it was an easy choice for us. That said, I was curios to learn more about the Tapas culture and had found Granada Tapas Tours on Twitter when I was researching where to eat in Granada.

Given that they offer private and group tours, we thought it might be a fun way to not only learn about the food, but also a little bit about the history of the place. Luckily for us, Gayle, the owner of Granada Tapas Tours was not only well versed on where to eat, but she charmed Baby Boy and Little Monkey (which is hard to do as you well know). She had them running around spotting Pomegranates because Granada means Pomegranate in Spanish and one can spot the fruit in various elements throughout the downtown core. Gayle is originally Scottish but has lived in Granada for over two decades and we loved our tour with her. We visited three spots and I found a new love, Habas con Jabon, mini broad beans with chunks of cured ham drizzled with a healthy overdose of olive oil! Ah!! I need to learn to make that dish!! More on our tour experience in the near future – promise! 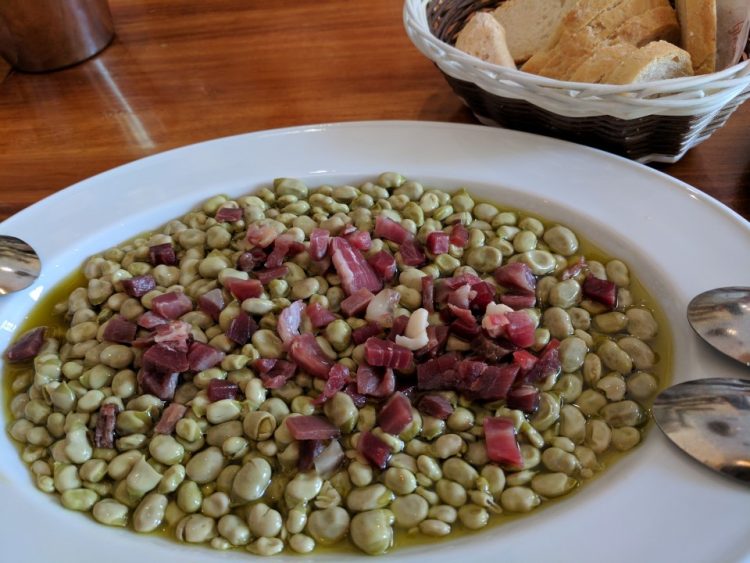 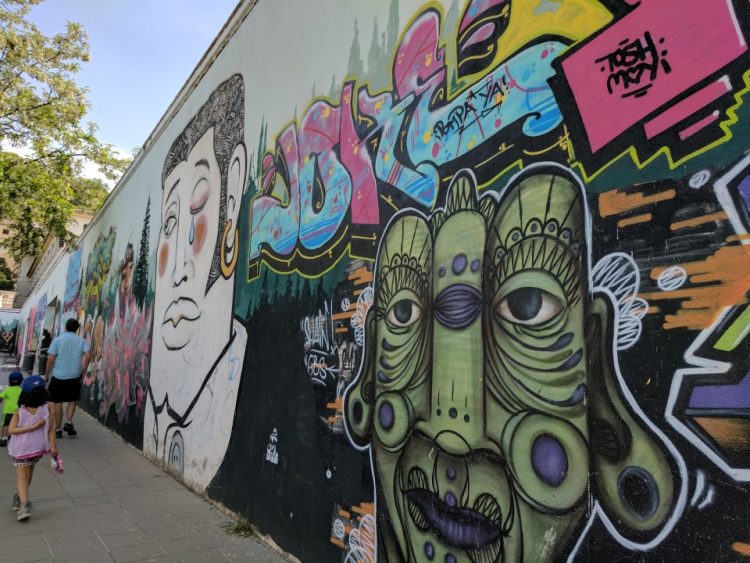 In addition to the tour, we hiked up to the Alhambra (buses weren’t working that day and we didn’t bring the stroller so let’s just say, it wasn’t an enjoyable climb). That said, if we didn’t do the climb, I wouldn’t have spotted some pretty neat street art! Plenty of room for kids to roam around at the Alhambra and even if you aren’t lucky enough to be organized and get your tickets months in advance, you can still enjoy the architecture and visit the free museum on site. There are loads of people of course, and one thing I did learn was that if you come bright and early, you can still get tickets as they release some daily. Sadly, we were snoring away at that hour. We also debated hiring a tour company as that’s another way to get in, but even those tickets were sold out during the busy Easter Weekend. If you speak Spanish, the tourism board has a tour for kids visiting the Alhambra, so that’s something to look into as well. 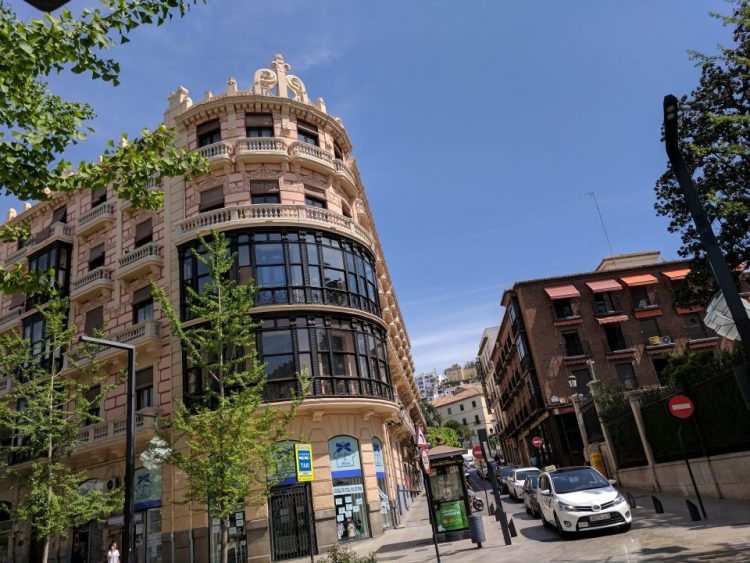 The highlight of Granada, outside of the food and drink culture, was walking through the Albaicin. Granada is rich with history and the influence of the Moors is still present today. We were able to catch up with local blogger and Andalusian expert Molly, who wasn’t too pleased that we weren’t getting a true taste of Granada’s culture. So she made it her mission to share the history of the place and took us around to a couple spots, including the Albaicin (which got me very excited for Morocco). If you’re looking for some great tips, including how to visit the Alhambra, she’s your gal!

As with all the Spanish cities we’ve visited, Granada was very kid friendly, with ice cream shops and play areas at every corner. There is a Science Museum and water park but we unfortunately did not have the time visit those either. If you’re looking for more kid friendly things to do in Granada, here’s a quick overview. Come to Granada for the food and drink and definitely learn from our mistake and do a walking tour of the city and get your Alhambra tickets early. As for the kids, they LOVE Granada…why? Fountains. That’s why! Little Monkey made it her mission to let her My Little Ponys swim in every single fountain and was happy to do that for hours. I may need to consider getting a fountain installed in our condo on our return! 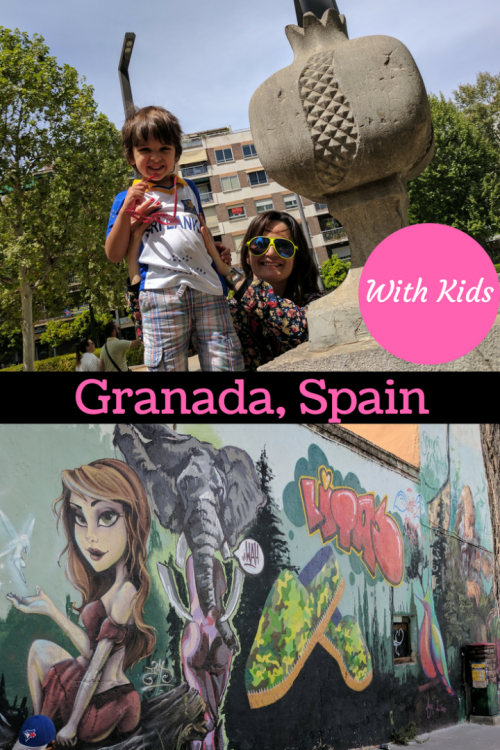