Note: This is the fifth entry in a series of posts looking at the Kid Friendliness, Entertainment Value, and Life Lessons for Kids from the Disney Princess movies. Previous posts covered “Snow White and the Seven Dwarfs”, “Cinderella”, “Sleeping Beauty”, and “The Little Mermaid” 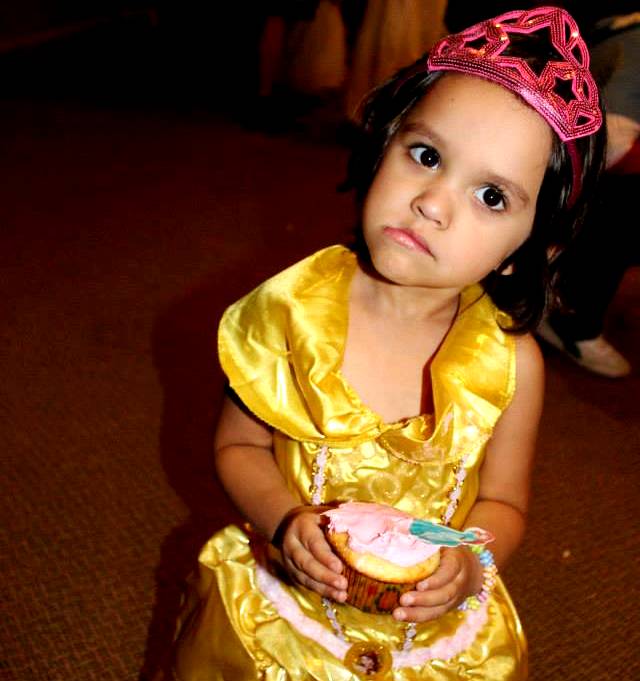 The Little Monkey likes to play favorites. Starting with her decision that pink is her favorite color, her pronouncements have grown more and more decisive. Hide and seek is her favorite game; “Max and Ruby” is her favorite TV show; and cake, ice cream, and lollipops are her favorite foods (why risk choosing one in case all are available?). With the Disney Princesses, Rapunzel will rule the house one week, and Ariel currently holds sway, but beloved Elsa is never too far away. She once inquired about my favorite princess, and after giving it some brief thought, I choose Belle, the star of my favorite Disney film, “Beauty and the Beast”. The Little Monkey still remembers this fact very well and seems to regard a viewing of the film as a special favor to Dada. When she does, I have to admit that I feel very honored.

“Beauty and the Beast” is unlike the Disney Princess films that preceded it in its focus on personality traits. Belle is the first Princess who does not fall in love with her prince during their first encounter, and the love that blossoms is based on the shared experiences and compatibility of Belle and the Beast. She is naturally repulsed by him at first but grows to love him, and the fact that he is a prince is incidental to the story. The Beast, knowing that he is doomed to live a cursed life unless Belle falls in love with him, seems resigned to accept his fate and does not know how to behave around Belle, but the mutual attraction that develops, spurred by the Beast saving Belle from a pack of wolves and having Belle tend to his wounds afterwards, is genuinely romantic. When he later grants Belle her freedom to see her dying father, we know that the Beast has finally understood what it means to love someone. The richly developed story is accentuated by a dazzling array of characters who will meet the same fate as the Beast should he and Belle not fall in love, and they open their arms to her in one dazzling sequence after another.

After an initial scene explaining the fall of the Beast, the film transitions to its great musical opening with Belle singing about her favorite stories and introducing the village and its colorful, but judgemental occupants. The film quickly shifts to entrapment of Belle’s father by the Beast and her journey to rescue him. Once in the castle, Belle meets and befriends a number of  inanimate objects, formerly humans but transformed by the spell. The film’s most magical sequence occurs at the end of the second act, as Belle descends the staircase in a flowing yellow gown and takes the Beast’s hand. The two are soon dancing to the song “Beauty and the Beast,” sung enchantedly in the film by Angela Lansbury of “Murder She Wrote” fame, a song she reportedly sang in one take after the filmmakers had doubts about her singing ability. This sequence, showing Belle and the Beast falling in love and ending with the Beast granting Belle her freedom is the definition of Disney Magic. It’s a scene reminiscent of Cinderella at the ball and also shows influences from Kitty’s first ball in Anna Karenina. Later, the thrilling final act sees the villagers marching to the Beast’s palace, only to be thwarted by the quick thinking of the enchanted objects. Belle rushes to the Beast’s rescue and sees him transformed into her handsome prince thanks to her love. It’s all thrilling. 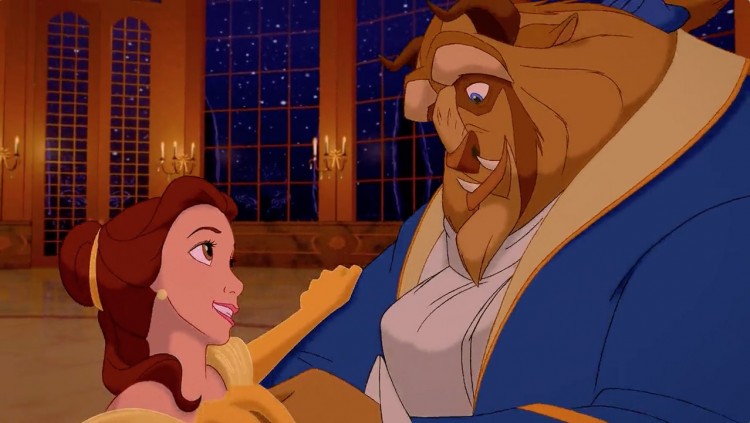 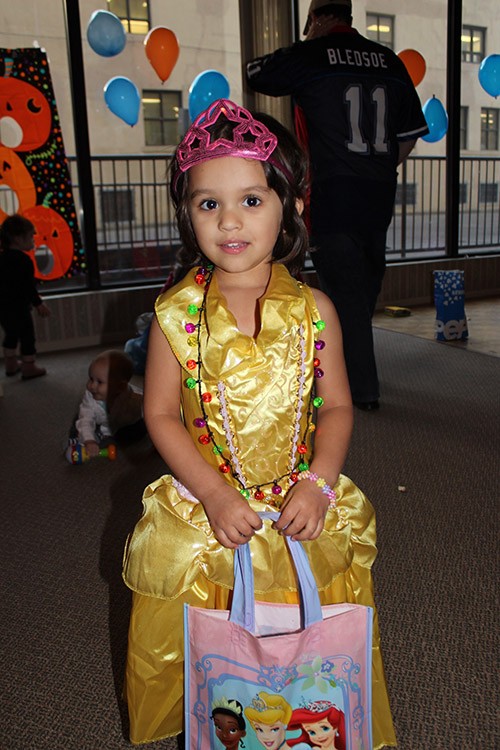 “Beauty and the Beast” is a decidedly adult themed film. The characters often have conversations about their emotions that young children may find difficult to grasp. Little children, like Chip in the film, may not fully understand why the characters are falling in love, especially since the previous Disney Princesses were in love at first sight. The Little Monkey also has trouble with the motivations of some of the characters, including the three maidens in the film depicted as being enamored with Gaston. She is a little confused as to why they are not friends with Belle, since they don’t seem to be her enemies.

The film has a number of frightening elements. The Beast himself is introduced as a very imposing character and is likely to worry small children. We also see the Beast wounded in a battle with several wolves, and the climax of the film features a fight between the Beast and Gaston, an angry, self-centered villager upset that Belle shunned his marriage proposal.

Kids will love the enchanted castle, in which all of the household furniture and cookware are brought to life to help Belle to feel at home in the palace (and hopefully fall in love with the Beast). Mrs. Potts and her son Chip, both teapots, provide support for Belle, lessening the impact of Belle’s captivity in the palace.

The main theme in Beauty and the Beast is about beauty being on the inside, and I relish being able to use this film to talk with the Little Monkey about appearances. Gaston is only interested in Belle for her looks but she is not interested in his, even though she admits he is handsome. While her expressed dream is to find Prince Charming, her bookishness suggest that Belle is seeking someone with shared interests who will like being with her for her brains rather than her looks. When she later meets the Beast, despite his frightening appearance and withdrawn manner, Belle unveils a kind heart after she helps him to heal from the wounds he received saving her from the wolves. Her kindness and willingness to get to know the Beast help her to find her Prince Charming.

Like “The Little Mermaid”, “Beauty and the Beast was first conceived in the 1930s but abandoned twice over the years, but the Walt Disney company never forgets and the film was reimagined as a musical in the late 80s. Audiences loved the film, giving it a rare A+ rating on Cinemascore, and the movie became the first animated film to be nominated for Best Picture at the Academy Awards. Depending on how you feel about Celine Dion, you can either thank the film for providing Dion with the song that introduced her to English audiences or forever hold the film in contempt for the very same deed. Regardless,“Beauty and the Beast” is Disney Animation at its peak. Next week, I’ll look at “Aladdin”, which features a song Yashy and I hold special.