I have always loved movies. Starting with the original Star Wars films and the Indiana Jones Adventures, I realized at young age that the movies could move my imagination to astounding places. In my teens, I began to seriously explore World Cinema as a member of the last generation that actually needed to hit the pavement in search of old classics, and the movies have even influenced my parenting. The Little Monkey was named after one of my favorite directors, and I will probably be showing her movies 2 to 3 years before she is ready. On this blog, I have previously revealed some of the classics I will be showing her at an early age. This post is the second in a series of articles on the Disney Princess films.

Cinderella, the second princess to save Disney Studios 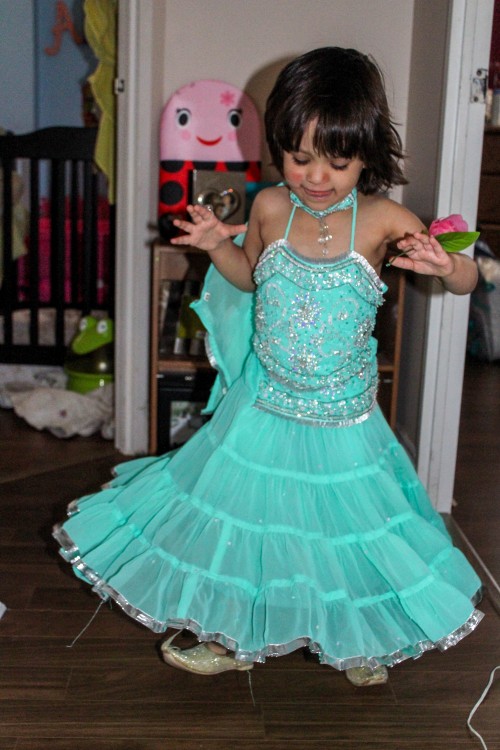 After one day finding myself unable to take another Dora exploration, I decided to show The Little Monkey her first Disney movie. By this time, I had been influenced by the heavily cross-promoted Disney Princess line, which appeared on everything from Kinder Eggs to kids socks and underwear and tried to think back to the films I had seen as a kid. I remembered “Snow White and the Seven Dwarfs” being a little scary, “Sleeping Beauty” too, but the most frightening thing I could remember from “Cinderella” had been the wicked stepsisters, who were mainly just tattletales always trying to get Cinderella in trouble. And so I found an online copy and put it on the TV in my In-Laws’ basement, sitting down with the Little Monkey to gauge her reaction. Captivation would be the most relevant way to describe her behavior. She was quite young at the time, a little under 2, and she likely retained very little of that original viewing, but in the subsequent months, she would frequently request the movie and was clearly engaged with Cinderella’s adventures and her relationships with her mouse friends.

The scene in which Cinderella meets her Fairy Godmother became her early favorite. She would go on to imitate behaviors from the movie. At first, she would kneel down and lean over the couch the way Cinderella does in the garden after her sisters have torn her dress to shreds. Later, Little Monkey would run down the hall and intentionally kick off her shoe, expecting Dada the Prince to pick it up and chase her down. By the time we made it to Disneyland that January, she adored Cinderella and was thrilled to see her walk by during the parade on our way out of the Magic Kingdom.

In last week’s post, I talked about the cultural and commercial impact of “Snow White and the Seven Dwarfs”, the film that essential launched the Disney brand. Following its success, Disney released “Pinocchio”, “Fantasia”, and “Bambi”, beloved classics today that were commercial failures at the time. On the verge of bankruptcy, the studio would once again be saved by a good-hearted princess. “Cinderella”, produced shortly after World War II had ended and released in 1950, became the top grossing film of the year, saving the studio that Show White had effectively launched 13 years before it.

The rags to riches story of Cinderella has been told countless times over centuries, with versions dating back to 7 BC. The Brothers Grimm wrote a version of the tale but the Disney animated film is based on the fairy tale “Cendrillon” by Charles Perraultin. 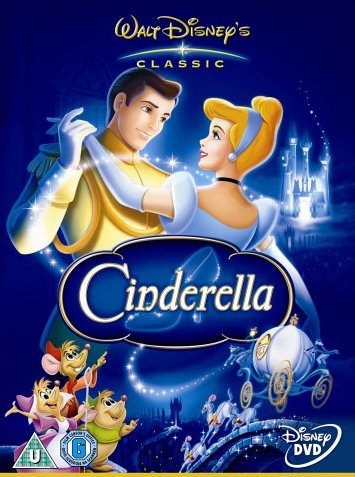 Like Snow White, Cinderella unwisely meets and instantly falls in love with a handsome prince, who saves her from a life of hardship and whisks her away to a live happily ever after, but the film nicely explores Cinderella’s virtues. She is kind to others, even to those who do not reciprocate her kindness, and as a result is portrayed to be a happy young women who finds comfort in being generous and supportive. Cinderella does not complain when she is faced with the chores that she must complete before she can get ready for the ball. She works hard and trusts her mice friends to help her out in a time of need, and she relies on her knowledge to be self-sufficient. Her happiness stems from this positive outlook on life, and it’s an example we use when trying to get the Little Monkey to be kind to others.

When the worst has occurred, and her wicked step-sisters have torn the dress she intended to wear to the ball, she does not lash out, she goes to the garden and cries, which is an important part of growing up. We frequently tell Little Monkey that, sometimes, its OK to cry, especially when she is sad (an idea brilliantly realized in Disney’s latest movie, Inside Out). Of course, Cinderella then meets her Fairy Godmother and learns that dreams do come true, and kids need to hear that too. Dreaming and aspiring are most important traits in a growing child.

“Cinderella” moves at changing paces. Cat and mouse chase scenes kept the little one engaged, and the wonder of the Fairy Godmother’s entrance, as she performs her magic to the tune of Bibbidi-Bobbidi-Boo, is a scene Little Monkey loved right away. She was enthralled with the Fairy Godmother’s magical abilities. Our daughter has also grown to love the elaborate dresses worn by the princesses in the various films, and the sparkling blue dress Cinderella wears to the ball is one of her favorites. The scene at the ball, when Cinderella meets the Prince, has a very dreamlike quality that captures the spirit of the fairy tale that Cinderella is experiencing. To end the film, when the Duke arrives with the glass slipper, Cinderella’s mouse friends execute a suspenseful, and masterful, escape to ensure that Cinderella is able to prove that she is the Prince’s True Love.

Together with “Cars”, “Cinderella” is the most kid friendly Disney movie I have seen. Cinderella is never in any real physical danger. Her wicked step-mother and step-sisters are focused on keeping her employed as their personal servant and never show any intent to harm Cinderella. The biggest danger she faces is the underlying psychological pain of being essentially forced into slavery, which is a bit too complex for young kids to understand.

The mice, Gus and Jacque, are often in danger, with the cat Lucifer usually trying to eat them, but these chase scenes are presented more as adventures for the two mice.