Note: This is the fourth entry in a series of posts looking at the Kid Friendliness, Entertainment Value, and Life Lessons for Kids from the Disney Princess movies. Previous posts covered “Snow White and the Seven Dwarfs”, “Cinderella”, and “Sleeping Beauty”. 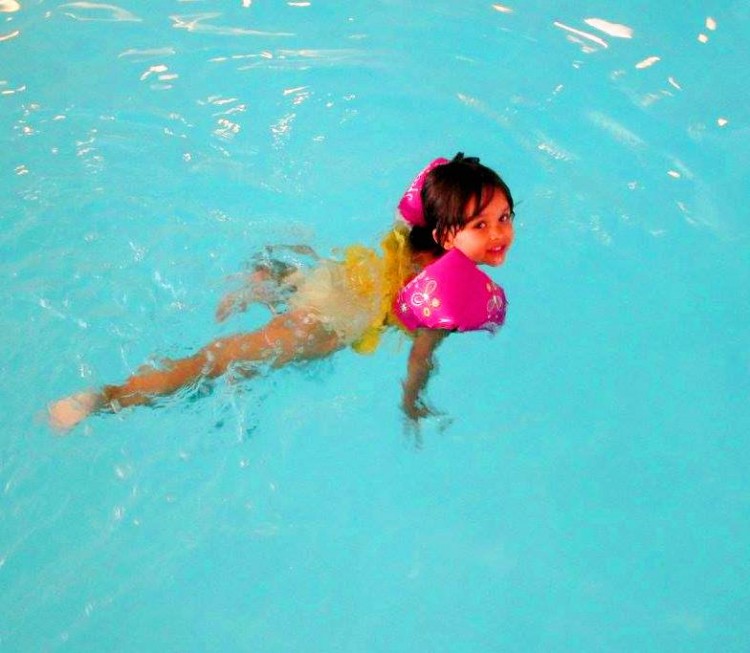 As I write this, the unthinkable has occurred in the Murphy household, the enchanted life under the sea of “The Little Mermaid” has supplanted Frozen’s winter wonderland as The Little Monkey’s favorite place to visit, in her imagination, of course. After months of witnessing the construction of ice palaces and the use of freezing powers amidst sisterly adventures, Yashy and I now see the condo being transformed into a giant aquatic playground. We are finding toy teapots full of water, colorfly transformed into a bright goo with Play-Doh and Beados, and puddles of water on the kitchen floor, with all of the princesses ‘swimming’ around. When recently asked to sing a song, The Little Monkey’s first instinct was to sing, Ah Ah Ahhh, mimicking Ariel singing to Ursula prior to losing her voice. Of course, she’s also taken to wrapping blankets around her legs to create a tail. In the film, Ariel is intent on becoming human. In our house, being a mermaid is much more appealing. On the plus side, the Little Monkey is much more eager to swim when we visit the pool. 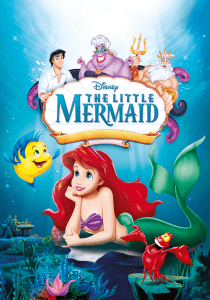 The Disney Princess brand may have started with Snow White, but Ariel is one true queen. When “The Little Mermaid” opened in theatres in 1989, 30 years had passed since “Sleeping Beauty”, and the times had thankfully changed. Whereas Snow White, Cinderella, and Aurora are the dainty centerpieces around which the early Disney fairy tale plots unfold, Ariel, strong willed and adventurous, forges her own path. She questions the advice given to her by her father, eschews the traditional barrier the other mermaids have erected against human contact, and follows her heart to the world above, risking her life for love. The modern princess who have followed: Belle, Jasmine, Pocahontas, Mulan, Fiona, Merida, Rapunzel, Elsa, and Anna have been molded from the Ariel blueprint as brave, strong-willed leaders. Had the “The Little Mermaid” not been a success, the Disney archives might look significantly different today.

Like “Frozen”, “The Little Mermaid” is based on a fairy tale by Hans Christian Andersen, complete with the usual changes to ensure a happier ending and a more kid friendly storyline. The movie was originally intended for development in the 1930s, as part of a feature film containing vignettes of Hans Christian Andersen’s tales, and was reconceived in the 1980s at a time when Disney’s animated output had slowed and musicals simply were not made. The Andersen tale was first published in 1837 and a Little Mermaid statue, which has a fascinating history of vandalism, was unveiled in Copenhagen in 1913, though, strangely, the film was not a hit in Denmark. Worldwide, however, its initial gross of more than $200 Million was considerable for the time.

“The Little Mermaid” is one of the most lively Disney adventures. The music and accompanying scenes for the calypso-influenced “Under the Sea” and “Kiss the Girl”, along with “Part of Your World” are among the best musical pieces in any Disney film. And as Pixar would later do with “Finding Nemo”, Disney creates wonders with the underwater settings, with a range of appealing sea creatures, underwater castles, and ‘collectables’ from the world above. Ariel’s sidekicks, Flounder and Sebastian, perfectly balance Ariel’s adventure seeking nature, acting as voices of reason while tagging along for her perilous journeys. Sebastian the Crab, the wise, old musician and advisor to King Triton, is a personal favorite or mine. The film’s villain, Ursula, is not to be trifled with, and her impressive array of powers make her the ideal foil for Ariel, her brave prince Eric, cunning army of sea friends and family, and powerful father, Triton. The film has charming sequences in which the underwater explorers try to make sense of the human world and Ariel’s transition to the human world is a suspenseful, but humorous affair. 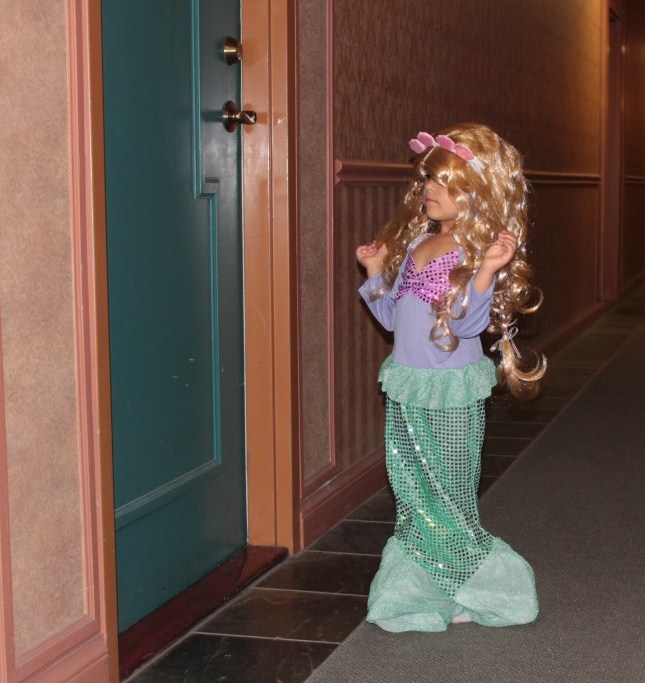 The sea battle that takes place in the final sequence is a thunderous, at times frightening, display of Ursula’s powers, and an outburst in which King Triton destroys a number of the items in Ariel’s treasure grotto might frighten kids into thinking their own father is capable of such anger. Overall, despite being a little scary, I would place the Little Mermaid amongst the most kid friendly of the Disney Princess movies. The film’s charm, combined with Ariel’s bravery, strengthen the film’s tone, pulling kids into the adventure.

The aforementioned destruction of items in Ariel’s treasure grotto is an interesting scene to discuss with kids. We are occasionally threatening to give The Little Monkey’s toys to other kids or to throw them away if they are laying around like garbage, but I would not be able to physically destroy a possession in front of her, as Ariel’s father does. The Little Monkey considers Triton to be a bad guy in this scene but recognizes that he later saves Ariel from Ursula.

Ariel is a brave, but often reckless character, venturing to the surface against her father’s wishes and her friend’s warnings. She is a perfect example of a teenager. We often experience our kids going against our wishes, and they haven’t even reached school yet! In “The Little Mermaid”, we see Ariel get in trouble when she doesn’t let others know her plans, but when her friends and family are around her, she feels the full support that family can offer and is able to achieve her dream once those around her help her with her plan. Using Ariel’s story is a nice way for us to point out to the Little Monkey that she can always depend on her parents to love her, but she would be much safer if she always tells us where she is going.

With “The Little Mermaid”, the era known as the Disney Renaissance had begun. Next up is “The Beauty and the Beast”, the best of all Disney films.