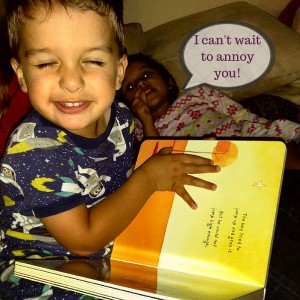 Many of our friends often compliment us on how we’re always out and about Toronto, exploring the city’s hidden gems and discovering new spots to dine at. Most of these pats on the back come from those with no kids and I used to just laugh it off. Surely they’re just being nice, right?

As I look back on our weekend, I came to realize exactly why we’re “so not lazy”, ensuring that we “take the kids everywhere” instead of “sitting on the couch all weekend long”.

“We’re always on the go BECAUSE we have kids”

The alternative to not going out is sitting on our couch and watching tv. Which is exactly how I kicked off Saturday by lounging in front of the tv with the kids and binge watching the new Fuller House on Netflix. Little Monkey is TOTALLY into it and has already requested that the hubs show her the original version, much to his dismay. She and I spent about three hours watching most of the episodes while Baby Boy jumped on the couch. Then slam dunked his Toopy on my face and followed that by asking me for a peanut butter sandwich. Then Little Monkey wanted some juice and to go buy new crayons but only after I allowed her to sticker my arm. Meanwhile the hubs was hiding in the room to save himself from the “horrible tv show” and also because he had spent the last two nights with the kids while I attended events and went out on a girls night.

That scene up there was me attempting relax. Relaxing with kids is tiring and we can rarely sit for longer than fifteen minutes until one or the other requires their bum to be wiped, their mouths to be fed or something pulled out of their hands/nose/ears as the case may be. 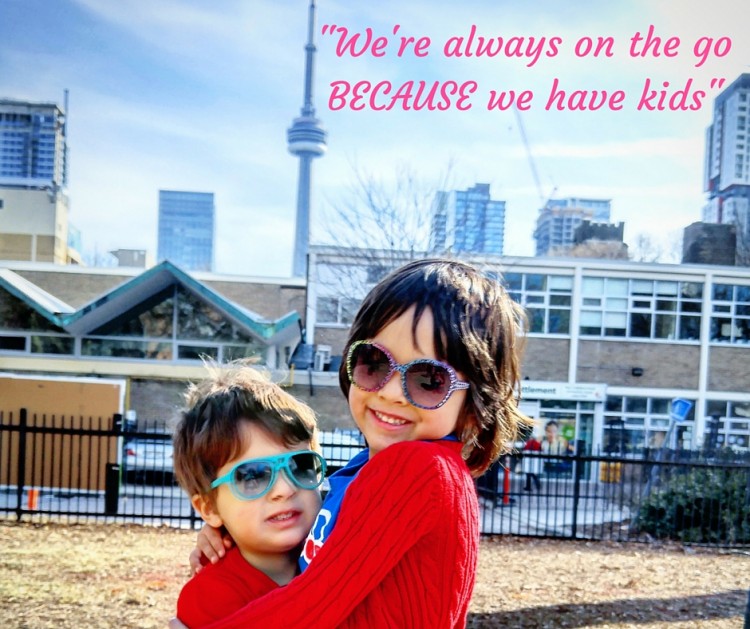 This is why we opt to go out instead!

It’s not simply because we’re awesome parents or because we don’t love lounging around. Staying at home is way more tiring and there’s a 80 percent chance we’d be subjected to Little Monkey’s whining.

My kids are annoying and that is why we’re always out and about.

They behave best when we’re dining out at a restaurants and bother us far fewer times when they’re exploring a new space or playground than when they have to play with their own toys at home.

Colouring at home seems to cause far more fights than if we they were to colour at a pub and perhaps it’s the beer talking but I like hanging with my kids far more when we’re on vacation or outside of our home!

So the next time you tell us how awesome we are for taking the kids out and doing fun stuff with them…realize this.

I’m a parent who is avoiding spending time alone with my kids!

I’m a lazy parent who finds it tiring to entertain my kids 24-7.

I’m actually looking for other people and things to entertain them. This is the real reason our kids are out and about. This is the reason they went curling, to the playground, to the AGO and a restaurant in the last two days.

We go out because it’s far more fun and relaxing than sitting at home trying to entertain them while the comfy couch and bed are calling out our names. We go out because if I were at home I’d be asleep or bored with two nagging kids tugging at every part of my being.