Note: This is the sixth entry in a series of posts looking at the Kid Friendliness, Entertainment Value, and Life Lessons for Kids from the Disney Princess movies. Previous posts covered “Snow White and the Seven Dwarfs”, “Cinderella”, “Sleeping Beauty”, “The Little Mermaid”, and “Beauty and the Beast”. 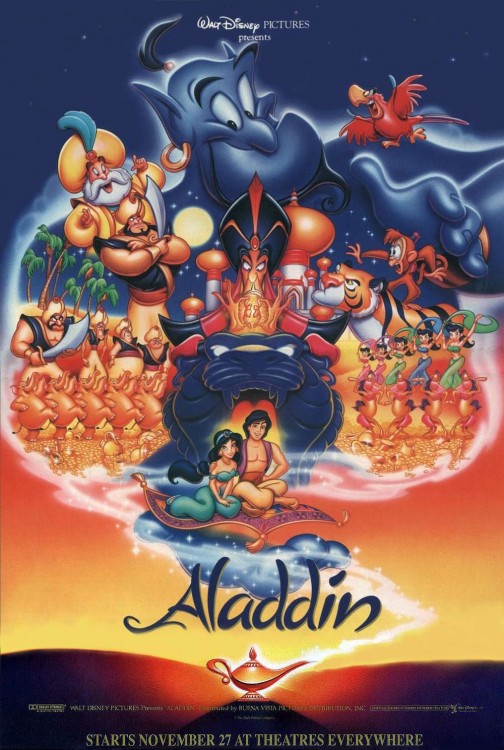 I had not known Yashy for very long before I discovered that she loved “Aladdin”, especially the song, “A Whole New World”, to which she had always intended to walk down the aisle. And who can blame her, she is an explorer and the song fits her personality. As she planned our wedding with the song in mind, the Catholic church wasn’t amused, but we were able to play it at our wedding in Colombo. I can still hear the instruments playing and can definitely say that I felt like I had found a beautiful princess the day I walked down the aisle. Now that we have kids, “Aladdin” has joined the rotation of Disney Princess movies that appear daily in our household, and every time I see Aladdin and Jasmine on screen, I think of that day. and we’ve also seen the musical at the theatre

“Aladdin” is a fun movie . The late Robin Williams made sure of that, famously improvising much of the Genie’s dialogue in creating an indelible film sidekick. Williams, whose mark on film will be felt for a long time, uses animation as an opportunity to create a dizzying array of characters. When he died last year, social media was filled with an image from the film in which Aladdin is hugging the Genie after freeing him from the lamp, a heartbreaking, poignant tribute to a great man.

“Aladdin” is arguably Disney’s most entertaining movie. With a magic lamp, a flying carpet, a flamboyant Genie, and a scheming monkey at his side, Aladdin constantly finds himself on the run or in search of Jasmine. The film moves at a frenetic pace, especially in scenes with the Genie, and the music in the film is on par with the other great soundtracks from the era, including “The Little Mermaid”, “Beauty and the Beast”, and later “The Lion King”.

A notable element of the movie is the gender role reversal of its two protagonists. Whereas past Disney Princesses took center stage in their quest to find love (in the form of a prince of course), in “Aladdin”, the male character is down on his luck and eventually finds himself trying to woo the beautiful princess. Aladdin’s efforts take him to the magic cave where he finds the lamp, meets the Genie, and proceeds to figure out a way to get close to the Princess. His foil, Jafar, is an excellent villain with an entertaining sidekick of his own. Because the film centers much of the plot on the use of magic, kids are drawn to the adventure. 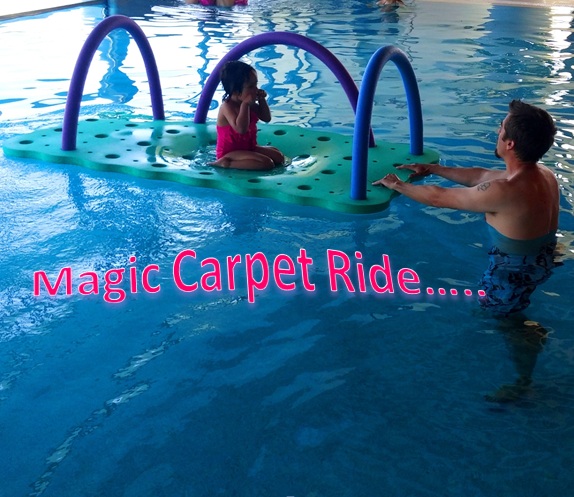 The comedic elements in the movie overshadow the frightening scenes, though there are a number of dark scenes in the film. Having an omnipotent Genie on his side allows Aladdin to escape much of the trouble he encounters, but he does find himself locked in a cave when he first discovers the lamp and later comes close to drowning. In the climactic scene, Jasmine becomes trapped in an hourglass and the we also see Jafar transformed into a large, venomous snake.

I do find that The Little Monkey is more worried when humans are fighting in Disney movies, especially with swords or guns. The magical elements used in portraying Jafar as an enormous snake or with Maleficent posing as a dragon in “Sleeping Beauty” are less apt to frighten her, but this may not be true for all children.

Honesty is an important theme in Jasmine and Aladdin’s relationship. He spends part of the film trying to deceive her into believing that he is a Prince and angers her as a result, albeit only momentarily. We see that Aladdin succeeds in the film when he is true to himself, winning Jasmine’s love when he displays a willingness to help people and the Genie’s gratitude when he forgoes his own wishes to grant the Genie his freedom. Aladdin’s happiness is the result of being kind, thoughtful and supportive of his friends, and not in seeking material needs.

Jasmine’s father also finds a worthy son-in-law in Aladdin when he looks past the class system that requires him to find a prince for his daughter. The film portrays the other princes as self-centered or borish. Of course, the reason these types of fairy tales exist are to combat society’s frequent placement of human beings into different classes. Kids can see in films like “Aladdin” that there is no reason why individuals from two different words cannot be together.

Though Jasmine is the first non-caucasian Disney Princess, the film was criticized for making Aladdin and Jasmine speak in Anglo-American accents and have more Anglicized features that the other Arab characters in the film. The original film also featured a very controversial line in the opening song Arabian Nights, subsequently changed from “Where they cut off your ear if they don’t like your face,” to “Where it’s flat and immense and the heat is intense.” Despite these protests, the film was a another huge success for Disney. “Aladdin” was the top grossing film of 2012 and later made A LOT of money on VHS sales. I know we definitely had a copy. My sisters probably watched this movie a 100 times.

Disney would follow up “Aladdin” with “The Lion King”, which became Disney’s most successful movie of the decade. After “The Lion King”, the studio would make a strange choice in creating “Pocahontas”, the subject of the next post.