#MurphysDoNS and on our first day we decided to explore the Waterfront with the kids. The second largest natural harbour in the world, the Halifax Harbour, is home to the world’s largest boardwalk that spans 4 kms. The boardwalk is the perfect way to kick off a vacation as"/> 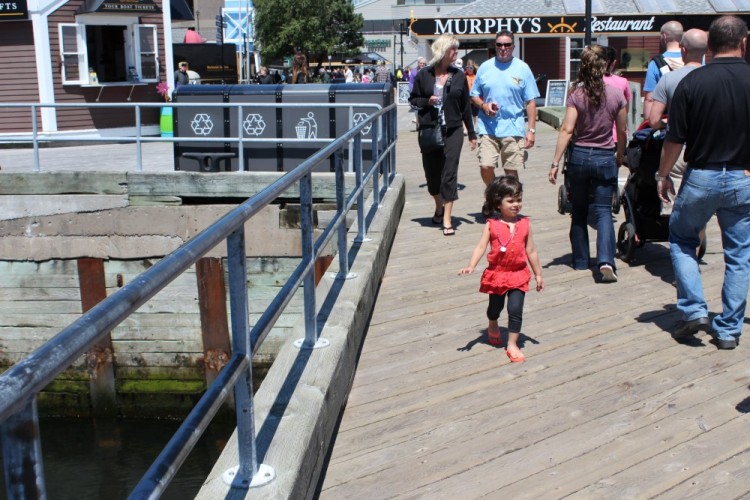 Halifax was our starting point for #MurphysDoNS and on our first day we decided to explore the Waterfront with the kids. The second largest natural harbour in the world, the Halifax Harbour, is home to the world’s largest boardwalk that spans 4 kms. The boardwalk is the perfect way to kick off a vacation as it has a little bit of everything; culture, good eats, play areas and plenty of history. With a toddler and infant we were able to spend a very leisurely sunny day as we took in gorgeous sights, felt the salty wind on our face and soaked in the Maritime heritage. 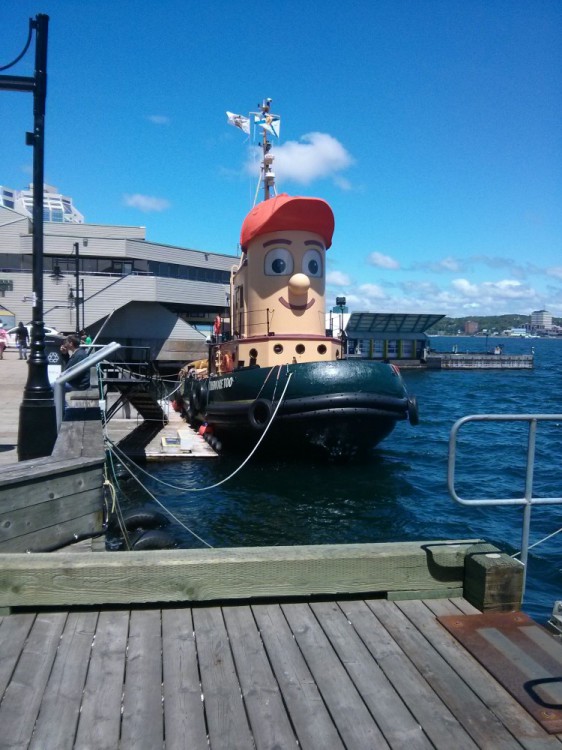 If you’re staying at a downtown hotel, like we were at the Lord Nelson, wear comfy shoes as Halifax is a hilly city. We were glad to have our double stroller with us for exploring the waterfront as it allowed Baby Boy to have his naps and Little Monkey was able to take a rest when she got tired. Below are a list of the attractions we took in during our day of exploring the Halifax Waterfront.

Disclosure : This trip was coordinated by Destination Halifax and we received complementary access to certain exhibits during our travels.

Maritime Museum of the Atlantic

Home to the largest collection of Titanic artifacts, the museum also showcases elements from the largest man made explosion (prior to the atomic bomb of course!). We spent an hour here as we chatted with Merlin the Parrot, took a fake nap on a replica lounger that would have been on board the Titanic and oohed and aah-ed at the many artifacts from the yesteryears. While we could have easily spent another hour reading through the many narratives that have come to link Nova Scotia to the sea, the Little Monkey was getting antsy and Baby Boy was ready to taste some fresh fish! The space is extremely stroller friendly and there’s a change table in the washrooms. Get here at the start of the day and the ticket is good all day long, so you can come back to use the change table if needed! 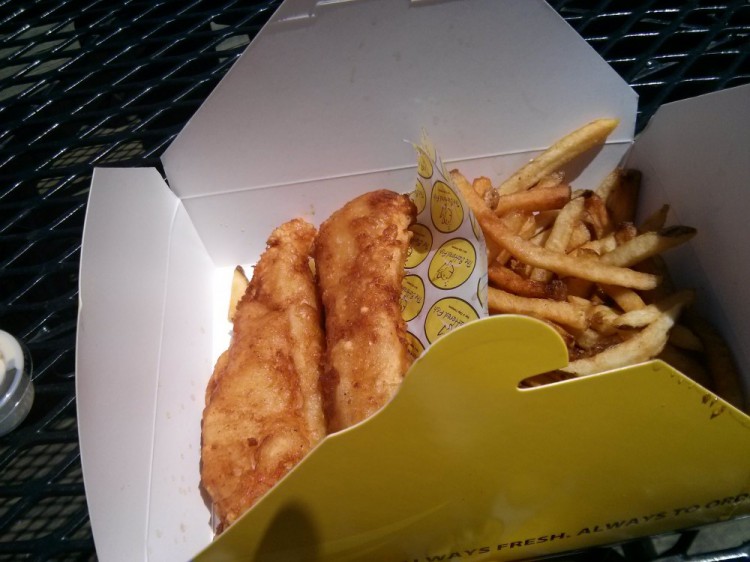 There’s many shops peppered along the boardwalk, from fancy eats at Hamachi Steakhouse to authentic Italian eat at The Bicycle Thief. Or if you’re like us and in need of a quick nibble there’s plenty of pop up huts featuring everything from Poutine to Lobster Rolls. We had some Fish and Chips and sat on the boardwalk overlooking the harbour. We did have to battle the seagulls who wanted our food, but luckily Baby Boy ate his fish pretty quickly! Don’t forget to grab some Cows Ice Cream or a Rum Runners Rum Factory pop.

Our first time checking out one of those road and sea vehicles and we loved it! The Larc V was originally a military vehicle built for the U.S. during the Vietnam War era and costing $100 million per vehicles, it is currently the most stable amphibious vehicle ever built. The hubs and I enjoyed hearing the history of the town and it was a great overview of the city and the various buildings. Our tour guide had plenty of stories to share so it made for a very speedy hour. Sit at the back if you want a good view, the views as you get up to the Citadel are unreal! Also during the busy tourist season ensure you get there fifteen minutes early and don’t listen to tour guides from external companies who may dissuade you from jumping on your hopper. We turned up for our 2 p.m. ride and stupidly listened to a tour guide who was getting his group onboard the Harbour Hopper. He incorrectly informed us that it was the 1:45 Hopper and we had to wait for the 3 p.m. Hopper in the end. The Little Monkey took a nap right before we got into the Halifax Harbour but Baby Boy stayed awake for the entire tour. Strollers are to be parked in the store across from the boarding corner and baby wearing is highly encouraged if you don’t want to deal with a wrigley infant! Bring a light jacket, even in the summer, as it can be quite windy.

There’s plenty of room to run around in the boardwalk but stumbling on a full playground was just what was needed to tire out the toddler. Slides, mini jungle gyms and sand can be found here. Also situated right by the park is the famous sculpture, ” The Wave”. It’s super steep and you’re NOT supposed to climb the structure…but that didn’t stop us or the other kids around from attempting to do the run. Kids will be kids and us parents will turn the blind eye (or run up with them) even though we know the dangers that could loom ahead, all in the name of fun. There’s a washroom with change table right by here too! 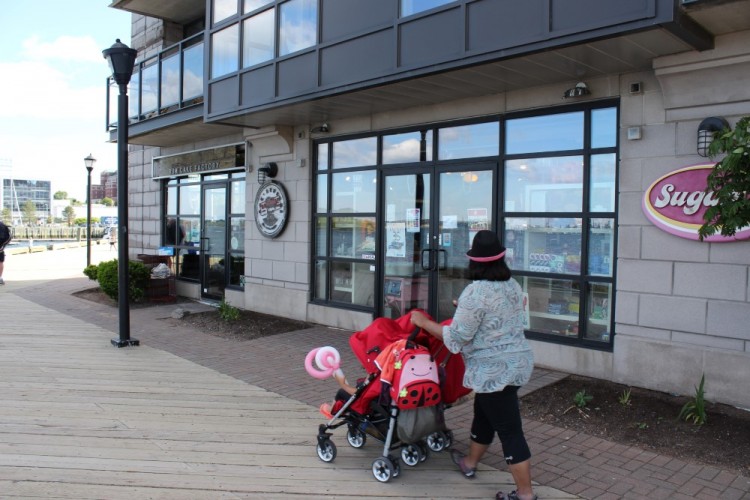 The Halifax Waterfront has plenty to keep adults and kids occupied from balloon artists and face painters to pubs and museums. You can even see Theodore Tug Boat if he’s not travelling around. A perfect way to immerse yourself into Halifax and the lovely water views that are visible from most parts of the city. As always we left without exploring everything we wanted to, namely the Alexander Keiths Brewery (where everything is set in period times), Canadian Museum of Immigration at Pier 21, dining out at the fabulous eateries and watching the famous Nova Scotian crystal being blown.