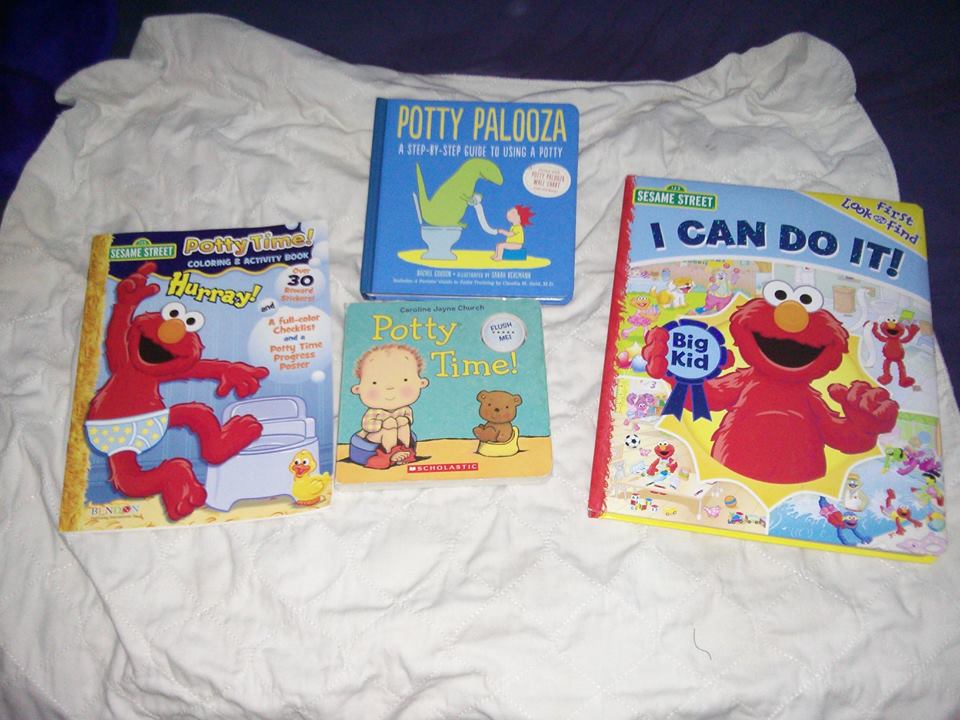 Our potty training expedition continues.. it has been a slow journey unfortunately. For my new readers, you can read all about the part 1 frustrations at the 24 month mark here. Since that first real attempt at potty training we’ve continued the conversations and she had a couple potty themed books we’ve read daily. We’ve also kept asking the Little Monkey if she wants to go to the potty. She kept saying “No. Not yet”… to which we’d ask ” Then when?”…. and the reply always was “YESTERDAY!”  These are the kind of conversations we’ve been having for the past five months.

She’s a month shy of 2.5 years and our conversations are still the same. She now had a huge list of items she’d get if she goes to the potty. Every time we did a diaper change our conversations would be as follows :

Me : You should have gone to the potty!

Little Monkey : Too Late! Could have got a Kinder Egg!

Me : Yes! You could have! When are you going to the potty?

Little Monkey : … umm…. YESTERDAY!! I’ll get a Kinder Egg, a brown balloon, a party.. lots and lots of things! 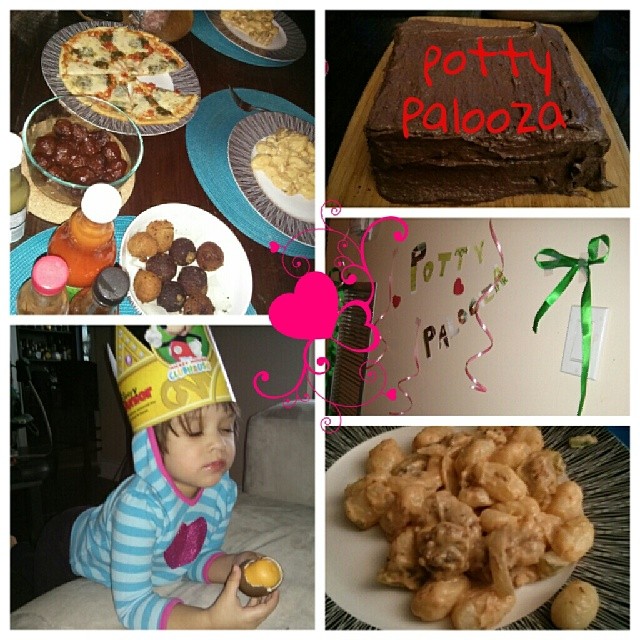 This past Sunday she woke up and told us that she HAS to go to the potty. Umm. Say WHAT? Well we jumped on it and I took her to the bathroom where she didn’t want to sit in her potty. No, she wanted to sit on  the regular toilet. So there I sat on the ledge of the bathtub whilst prodding her up so she wouldn’t fall into the bowl. Looked like she was constipated so we decided she’d drink some water and come back again. She also  told us that she didn’t want to wear a diaper or underwear. Okaay.. this could be trouble but we went with the flow. Ten minutes later she peed on the playmat and Baby Boy!.. urrrgh… cleaned up the mess and put on a pair of Super Undies we still had at home. An hour later she told us ” Potty! Mum.. I need the potty” .. we went and she did the job! Immediately she got her Kinder Egg and then big celebrations ensued. We got my folks and my brother over for an impromptu party. Skyped with her other grandparents. I even hunted down a brown balloon!

That was ONE time. The hubs and I had heard many a tale about them doing it ONCE and then nothing happens for the next couple months so our hopes weren’t high. Sure enough at the end of her party she pooped herself once again. We took it in stride and told her she’d have to go back to diapers for the night and coincidentally her brown balloon burst (seriously, we did nothing!) which was perfect for us. We told her that since she didn’t use the potty the brown balloon went away! Perhaps a green one next time?

Monday came and we went back to diapers. We kept asking her if she wanted to visit the potty and we got “no not yet”. We also had no poops on Monday. Tuesday rolled by and she wanted to poop on the potty. I’m getting tired of running to the potty every fifteen minutes! I’m in horrible shape!  She kept telling me she needed to go and then did NOTHING! This happened for three hours and then finally she pooped in her underwear. YUCK!!! Everything eating toddlers should never poop in their underwear! ABSOLUTELY GROSS!!  I’m still struggling to get the stench off my hands!! It’s hard for me to have her run diaper free and cleaning up messes from the underwear is disgusting so I’m going back to diapers though it really won’t help us in the long run. I know this…..

This potty training is going nowhere! We’re going to keep listening to her and she what she wants…but if nothing happens over the next three months I may have to call in some professionals! I’m assuming potty training doulas exist? Similar to sleep training ones?