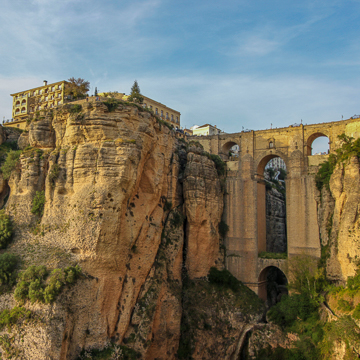 Our second stop of a family trip through Spain was Ronda, a city that was first settled by the Celts in 6th century BC and has since been occupied by the Roman Empire, the Visigoths, and the Berbers. Those who have visited the city will understand its appeal. Set atop a huge cliff that towers over the El Tajo Canyon, Ronda warrants consideration as one of the most beautiful cities on earth.

Amongst the city’s most ardent admirers were filmmaker Orson Welles and the novelist, Ernest Hemingway, who is said to have based a key section of his novel, For Whom the Bell Tolls, on historical accounts from the city. We spent two days and two nights exploring Ronda, even taking in a captivating Flamenco show one evening at El Quinque Restaurant, which was one of the most memorable nights of of our summer.

Here are some of the best images we captured in the city:

The Three Bridges of Ronda

The El Tajo Canyon is spanned by three connecting bridges, El Puente Romano, Puente Viejo, and Puente Nuevo, the ‘newest’ of the three, which was completed in 1793. During our two days in the city, we tried to see the bridges from every possible angle and stood in awe of their beauty.

Exploring the Streets of Ronda

The bridges may get most of the attention, but the city of Ronda is great place to explore on foot. It contains the oldest bullfighting ring in Spain, an Arab Bath dating to the Moorish occupation of the city, and a number of charming outdoor restaurants and shops.

The Mirador de Ronda provides one of the best views in the city. Visitors can take in the serine vistas of the gorge to the West as they relax in one of the city’s most popular destinations.

We first encountered the weeklong Semana Santa celebrations in Málaga, before catching the final few days in Ronda. These impressive Easter processions are an important part of Spanish culture.

As beautiful as the views were during the day, we captured a stunning sunset on our last night in the city, which also gave us a chance to take some great family photos in the twilight.

From Málaga to Ronda

On our way into town, the views along the roads into the city were filled with spectacular skies and beautiful countrysides. We had decided to rent a car to travel through Southern Spain. While it was tough to drive in the cities, cruising though the highways of the Andalusian region gave us a chance to capture rural Spain.

If you are looking for more inspiration, check out our Ronda video below. This was the second post in our series. Click here to see some great pictures from Málaga, Spain, and check back next week as we continue our picture post series from the 35 cities we visited in Europe and Morocco.

Click here for a complete summary of posts from our 148 day journey or here for our adventures in Spain. 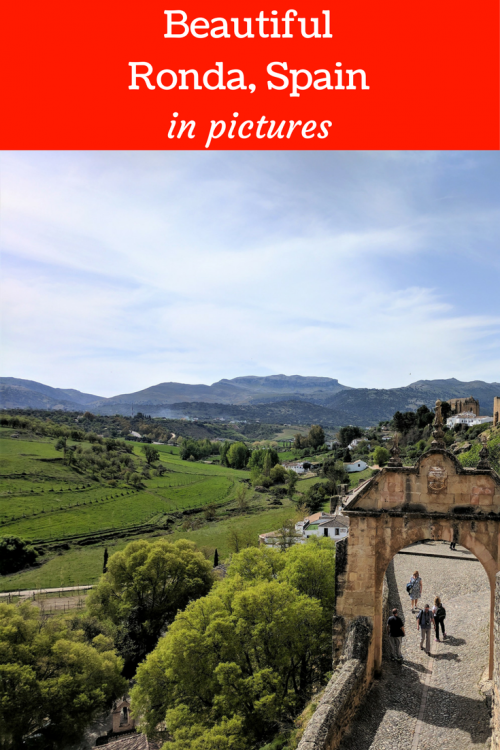