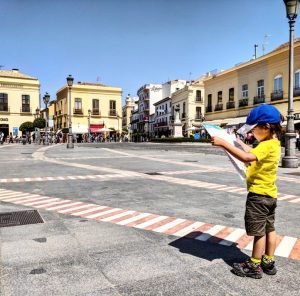 Ronda is a city unlike any other place I have visited. Located near the Spanish cities of Grenada, Málaga, and Seville, Rondo features a number of attractions that make it an ideal place for visitors to spend a few days away from the urban centers of the Andalusia Region in Southern Spain.

We had originally planned just an afternoon trip to Ronda but found that numerous visitors lamented that they did not spend more time in the city. So we booked two nights at a Guest to Guest home located in the “city” center and made our way from Málaga to Ronda in what would be just the second stop of our five month adventure through Europe, the United Kingdom, and Morocco.

After settling in to our apartment, we immediately went exploring. Within 200 meters of our doorstep, we encountered a view that alone would make travelling to Ronda a worthwhile visit. The city has a large canyon running through its center, with three connected stone bridges providing access between its two separated sections. I glanced over the bridge to find myself staring down at the floor of the El Tajo Canyon, resting a little more than 100 meters below the city, a sight that I will remember for a long time.

Over the next three days, we would explore the area and take in a great mix of history, entertainment and architecture. Here are the top five reasons to visit this Spanish gem:

Views from the Puento Neuvo and the Mirador de Ronda

Of the three bridges that span the canyon, the tallest is the Puento Neuvo, or New Bridge, which is a mere 224 years old. Visitors can walk along the edge of the northern section of the canyon to catch spectacular views of the three bridges, as well as the mountains to the west, where picturesque sunsets add to the beauty of Ronda. As we continued along the cliff, we discovered the Mirador de Ronda, a large gazebo perched on a section of the cliff jutting westerly. A musical duo were performing that day with a harp and a pan flute, their melodious sounds drawing hundreds of people to experience the serine beauty of the area.

I feel lucky to have witness such a wonderful performance. Featuring a Flamenco dancer, an acoustic guitar player, and two vocalists, this intimate show transported me into Spanish culture and made me feel as though I had witness something special. The dancing is alive and alluring, the accompanying guitar smooth and at times frantic, and the vocals express equal parts love, joy, and madness. One vocalist performed most of the lyrics, but it was the second who provided the show with its heart. Like an ardent spectator, thrilled to see and hear the rhythms, he spent most of the show providing the beats, frequently yelling “yasahh” during the most active parts of the performance. These beats were the vocal embodiment of my feelings while watching the show. I am now a Flamenco lover. 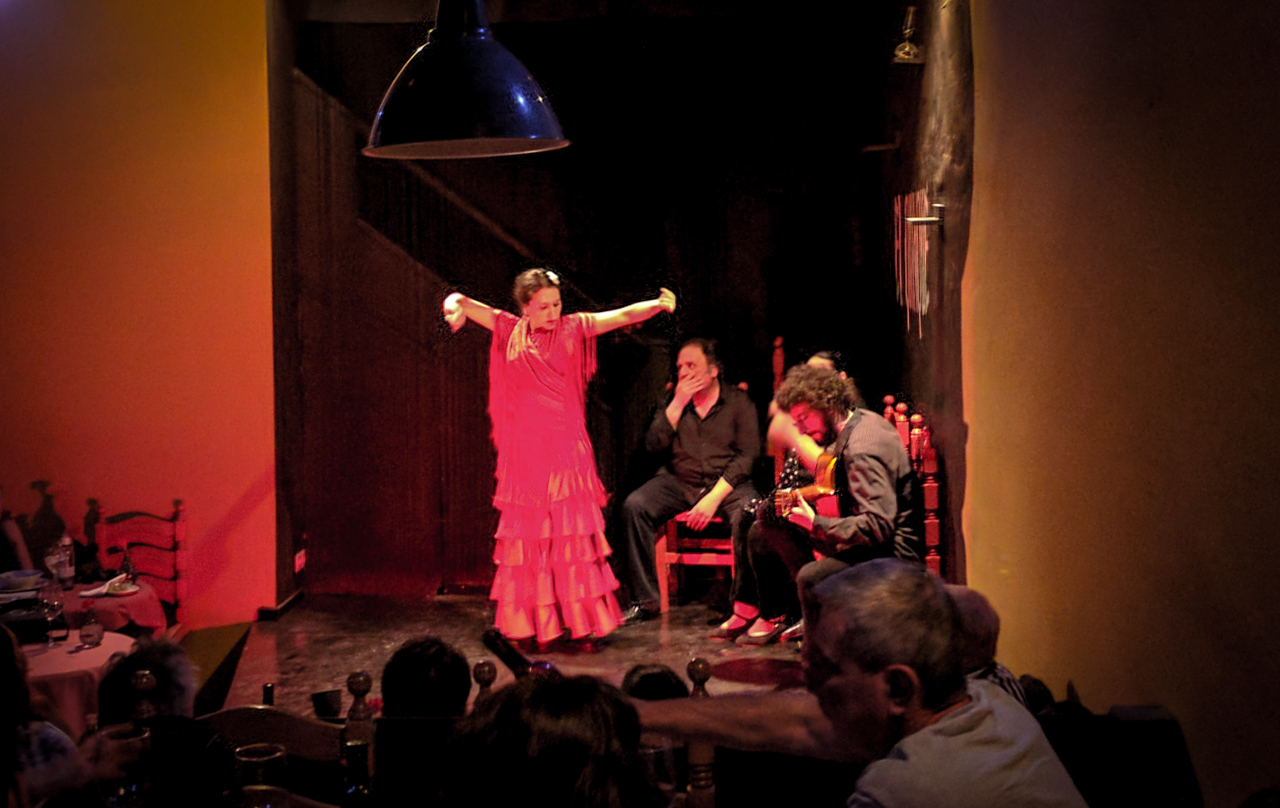 Aside from the bridges, the bullfighting ring is the largest structure in Ronda. The Plaza is also the oldest bullfighting ring in Spain, dating back to 1784. Sadly, there were no contests during our three days in Ronda and I found myself wishing we had arrived in the city for the annual Corrida Goyesca. Ernest Hemmingway and film director, Orson Welles, both frequented Ronda in their days, in part because of its bullfighting traditions.

Exploring the Many Side Streets, Restaurants, and Cafés

Most cities in Andalusia contain large sections that can be explored on foot, a treat for North Americans used to sharing the road. This Torontonian is not used to encountering large city sections where cars are either forbidden or slowly creeping through the streets. Ronda does have vehicle traffic on most roads, but pedestrians still rule the roads. We spent an afternoon walking down to the historic Arab Baths in the lower section of the city and discovered a number of little cafes, open squares, fountains, and resting areas. Narrow cobblestone roads surrounded by great architecture make for a charming afternoon walk.

On the opposite site of the Puente Nuevo, visitors can follow a paved path down into the canyon. Ideal for photographers, the path provides visitors with a view of the city from below. The paved path ends about halfway down to the canyon, where more daring travellers can then scale down the cliffs using ropes and metal ladder rungs embedded into the rocks. 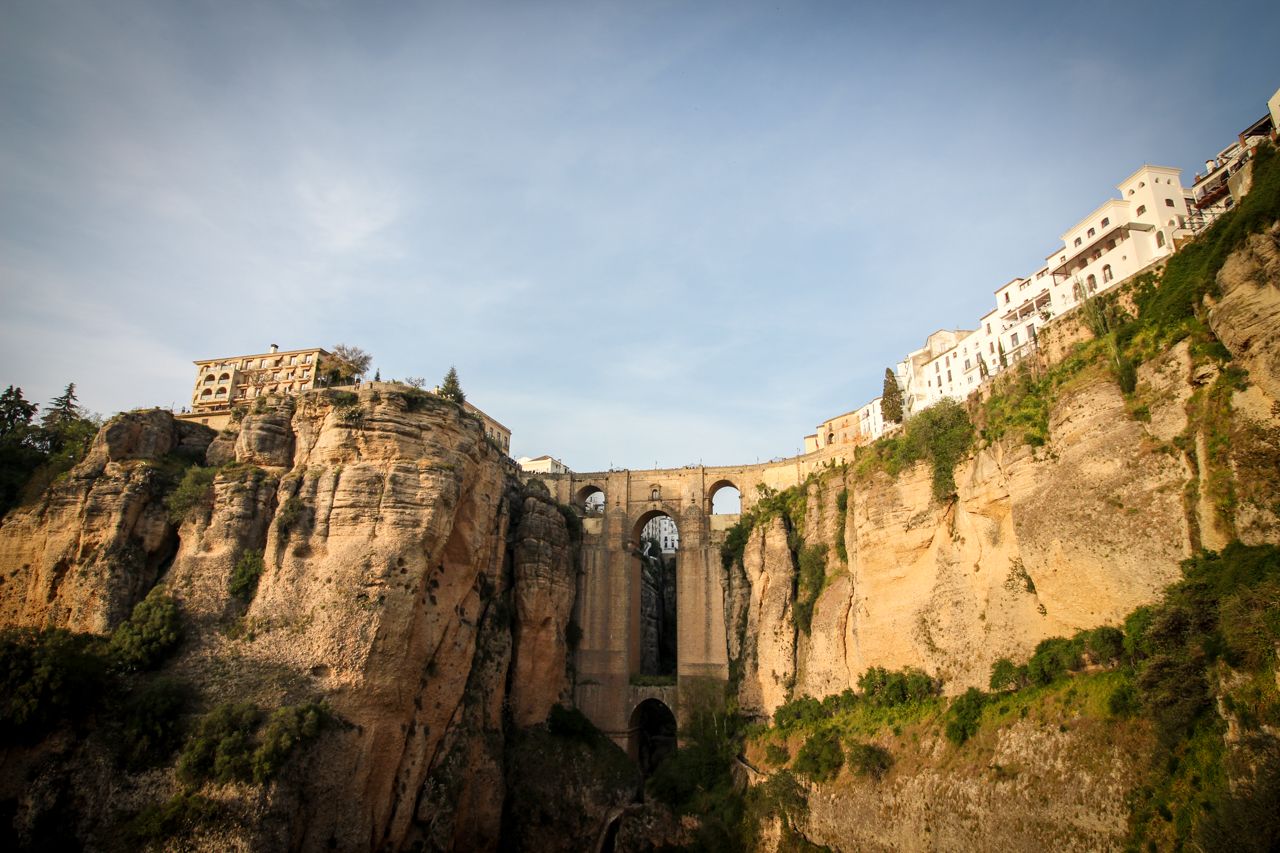 Our decision to spend a few days in Ronda was a good one. A lot of tourist frequent the city, but I still felt immersed in small town Spain. Ronda has a rich history. It’s Wikipedia page is an interesting read, particularly for Hemmingway fans, as the bridges of Ronda are cited as the inspiration for a famous chapter in his classic novel, For Whom the Bell Tolls. If you ever find yourself in Southern Spain, Ronda is worth a visit. 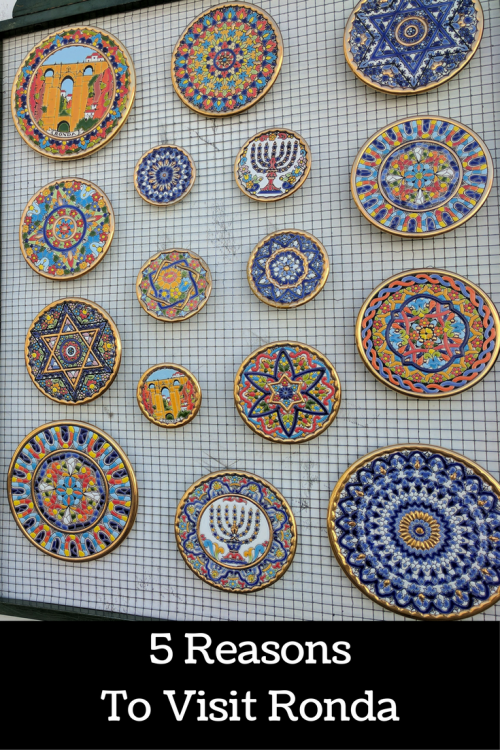