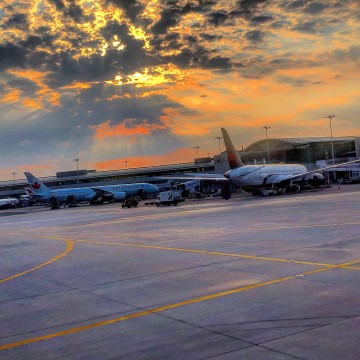 What happens when dad leaves for a boys trip?  Probably nothing.

What happens when mom leaves for a girls trip? EVERYTHING. She preps for the apocalypse!

I’ll be the first to admit that dads are often unfairly painted in negative strokes when it comes to parenting stories. I know many hands-on dads who handle their fair share of household responsibilities and some even do more than their fair share! Chris has always been very hands-on when it comes to raising our kids and he’s the one who does the laundry, takes out the trash and cleans our bathrooms. Oh and ensures we’re stocked on things like diapers, detergent and garbage bags. We divide and conquer in a manner that works for us. He has always been a work from home dad and  I’d say that he “parents” more than I do on a daily basis, especially during my corporate days or these days when I am rushing from one event to another. This morning he left us behind in Toronto and made good use of his RBC Avion points to get him to San Diego for a boys trip. Yes, he’s off on his dads getaway and while I’m yet to take a girls trip, I think it’s fair that he gets a belated 40th birthday trip (now that he’s 41) filled with beer and whatever else they get up to. However, if you watched my Instastories this morning you would have had quite the chuckle about how things unfolded.

Little Monkey turns 7 in a few weeks and that means we’ve been parents for nearly 7 years. Over the course of these 7 years I’ve had to leave Chris in charge of the kids when I had work trips or conferences. I’ve probably left them on 4 or 5 occasions. Each time either his mom or mine were around to help out but during my most recent trip to Victoria, he did it all on his own. During the last 7 years Chris has been away once for a conference (at least to the best of my recollection). So this is probably the first time in 6 years that he has flown without us. He’s an adult so I didn’t really probe too much in terms of his preparations or plans and assumed that the three guys have things under control for their 5 days in San Diego.

I’m starting to wonder if perhaps it was wise to leave the guys in charge!? 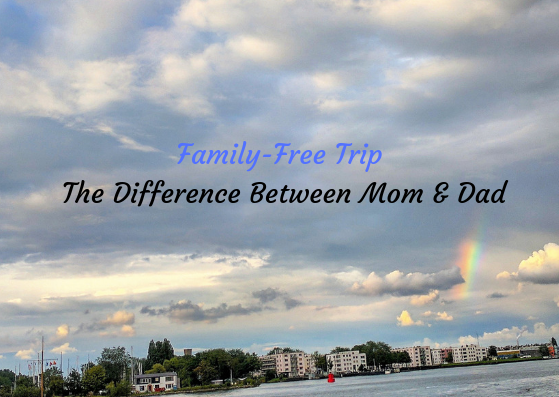 I randomly woke up before my 7 a.m. alarm and realized that it was 6:35 a.m. and that Chris was still in bed. Chris who has an 8:30 a.m. flight to the U.S and who should have probably left home at 6 a.m.! Luckily, guys tend to dress rather quickly and it seems he was all packed up so after me reminding him to grab a reusable bottle of water and asking if he had his passport, he was out the door within 10 minutes of me nudging him awake.

Apparently his alarm didn’t go off!

Of course it didn’t!

As I was getting the kids ready for school I soon realized two things.

First, the kids had NO CLUE he was going away for 5 sleeps! I know I had mentioned it in passing because I had told them we’d be going away on a trip without Chris but he hadn’t actually sat them down and prepared them for this. Here’s a tip dads, if you’re going away for the first time, maybe take a couple minutes each day leading up to your trip to chat about it with the kids? I wrote this post about preparing for a work trip, and I think it’s worth a read EVEN if you’re a dad! Luckily our kids are pretty nonchalant about things like this and after 10 minutes, they got over it and moved on to ignoring me yelling at them to put their school uniforms on.

The second thing I realized is that between a last minute poop explosion (yes, Baby Boy is STILL in diapers) and rushing to the school bus, I had two missed calls from Chris. UH OH! I call him back and there’s no answer but I then received the following text.

All I could think was…”what the actual F!?!?”. How is this even possible? Better yet, what’s next?

Good news is that he made his flight and the guys are on their way to U.S.

It’s funny how moms and dads operate so differently. I’m usually the one to ensure that things are put away properly and that the house is in order before each of our trips, while Chris ensures that the tech is all charged up and that we don’t get lost along the way. I’m usually in charge of the agenda and ensuring that we travel smartly and wisely (“don’t be a naive tourist ” is my motto) where as Chris is more apt to just wake up and roll with it. It’ll be interesting to see how things unfold.

All said and done, while Chris may not have taken the week leading up to prep the house and kids, he did ensure that the laundry loads were done and that I have all the chargers and tech gear for our upcoming trip tomorrow, so that’s definitely appreciated. As for the trash… yeah… he may have forgotten that one.

I have my fingers crossed for a smooth trip and that none of them lose their passports or kidneys. Hopefully we’ll hear more about the adventures and misadventures on a future podcast about the dads getaway.