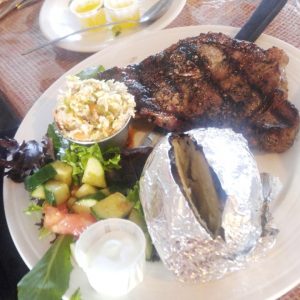 A few years ago, during a weekend getaway on Prince Edward Island, we discovered a restaurant called New Glasgow Lobster Suppers and experienced one of the more memorable meals in all of our travels. In a large restaurant, amidst what could have been more than 200 diners, we sat down and enjoyed a delicious lobster supper that included dessert and a bottomless bowl of chowder. For Yashy and I, seafood lovers who eat far too few lobster in our diets, this was exactly the type of meal we wanted to eat on the East Coast. That was 4 long years ago, and after we finally made it back out east this summer, we were excited to learn that a similar family run restaurant, Baddeck Lobster Suppers had opened in Baddeck, Nova Scotia, a picturesque village located on the Bras D’Or Lake at the centre of Cape Breton Island, about an hour from where we were staying in Sydney. 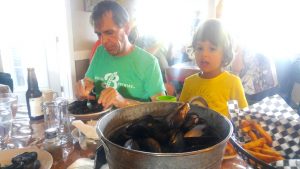 After a day of exploring Cape Breton, which included a short but challenging hike to the beautiful Egypt Falls and a stop at Big Spruce Brewery for some fine ales, a dozen oysters, and a few Cape Breton tunes from the live band on site, we made our way into Baddeck, famished and ready for some lobster. I parked and ran inside to ask if and when they could seat us and soon discovered that we arrived just in time. The hostess managed to find an open table and in the 5 minutes it took me to gather the family, about a dozen more hopeful diners showed up looking for a table. The web site recommends reservations for groups of 10 or more, but based on the crowds we encountered on our Thursday evening visit, I would recommend calling ahead.

Once we were settled in, we took a glance at the menu, and to the delight of our rumbling stomachs, the restaurant offered an all you can eat mussels and chowder option with every meal. The menu listed four entree options: Locally Fished Lobster, Fire Planked Atlantic Salmon, Cape Breton Snow Crab, and Grilled Strip Loin Steak. A difficult choice, but luckily, we were four so we ordered one of each! Each dish came with salad, coleslaw and a baked potato and let’s not forget dessert! 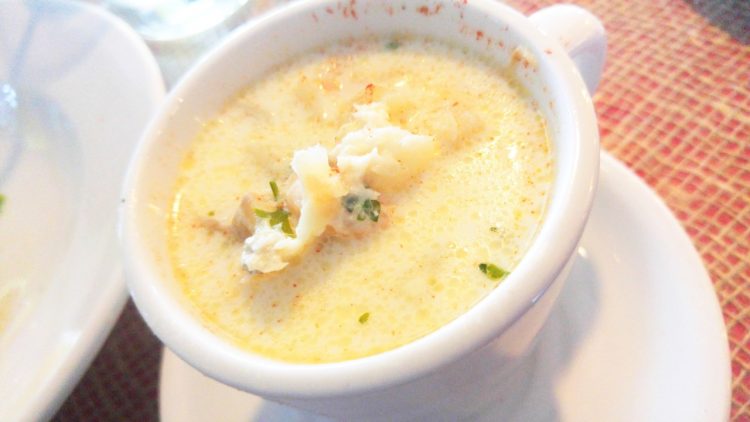 I ended up getting through 2 plates of fresh mussels before the meal arrived. The chowder was not as good as the mussels, but I am admittedly very picky when it comes to seafood chowder. By the time our meals arrived, I may have eaten a few too many mussels, but managed to save some room. We each arranged our own smorgasbord from the 4 dishes on the table and everything was great, with the salmon and crab being my favorites. They smoke the salmon in house and my advice would be to get anything smoked you see on the menu. My Mom informed me that lobster season was over in Cape Breton and that the lobster may have arrived from mainland Nova Scotia but that crab season was open. That made sense to me; the crab tasted like it was caught that morning. I was also happy to see a few Propeller and Boxing Rock beer options on the menu, a perfect accompaniment to the meal. 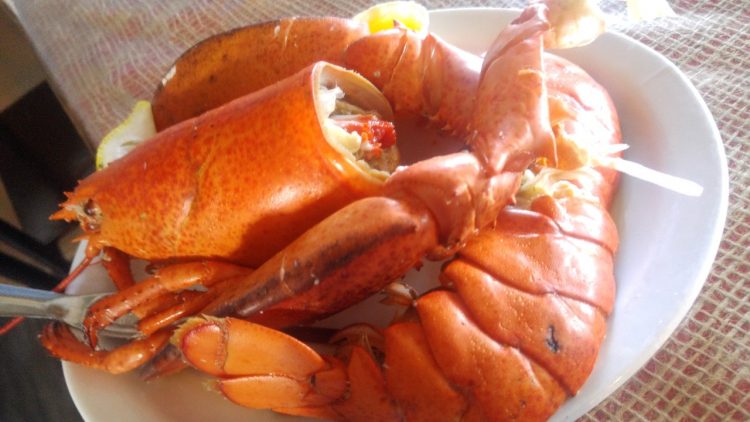 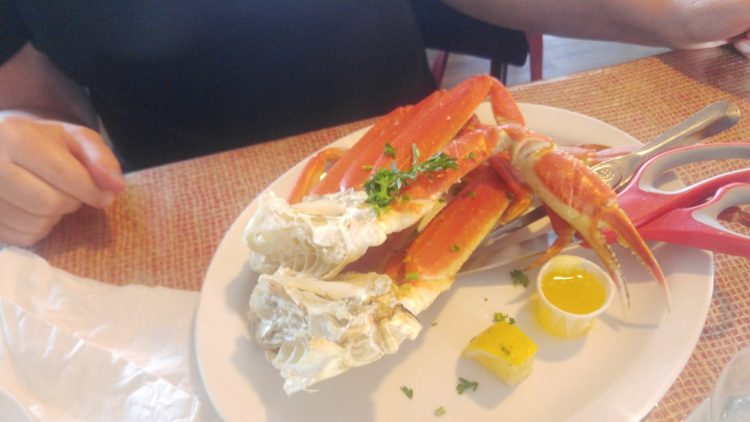 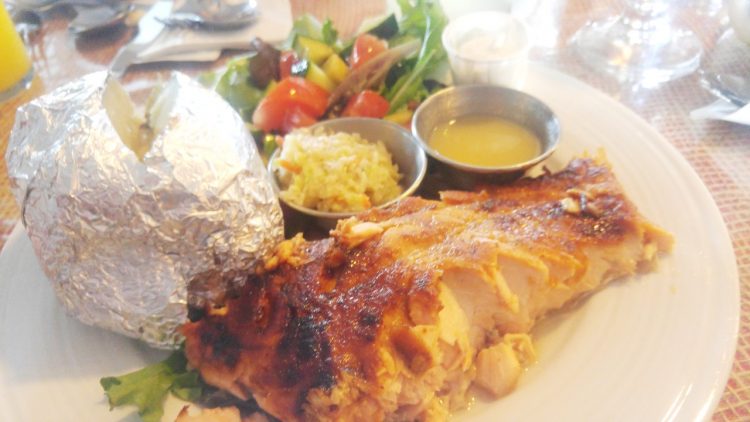 The restaurant is kid friendly as well. Its lively atmosphere ensures that noisy kids don’t feel out of place, and although there is no kids menu, our waitress rhymed off several options for the little ones and they settled on chicken tenders, very succulent and made with white meat. 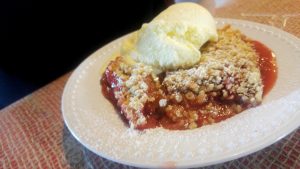 If you are looking for a fun and relaxing meal on Cape Breton Island, Baddeck Lobster Suppers is a great stop. Baddeck is pretty close to the Cabot Trail so it’s an ideal dinner place for those who have been out exploring the trail all day. The village has a number of gift shops and activities as well. Yashy and I really enjoyed our afternoon sail with Amoeba Sailing Tours with friends the day after our wedding seven years ago, and the Bell Bay Golf Club golf course in the area might be one of Canada’s finest courses. Cape Breton is filled with idyllic ocean and lakeside towns and villages, and Baddeck is one of the prettiest of them all.