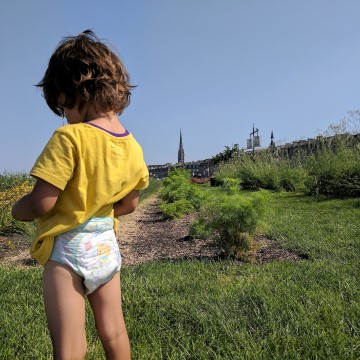 I wasn’t planning on sharing more stories on potty training boys because it has been a huge failure (at least in my opinion). We have a 4.5 year old boy who refuses to potty train and we’re at our wits end. However, I keep getting messages asking how the potty training process is coming along and it seems there are other parents with older kids struggling, just like we are. Potty training the first time around was a breeze and Little Monkey was out of diapers when she was 2.5 years old. Baby Boy has been absolutely frustrating. He showed signs of wanting to train very early but then we encountered some setbacks and before our big trip, we thought we were in the clear. Sadly, that was not the case. Chris even threw out the diaper genie and has refused to buy one since our return! Potty training an older child is not a task for the faint of heart, that’s for sure!

Why Are We Still Struggling with Potty Training?

Baby Boy absolutely refuses to get rid of the diapers. We’ve tried going cold turkey and have ended up with mess after mess. He says he doesn’t feel the poop/pee coming out and can sit in it for hours at end. It just doesn’t bother him. We’ve tried every trick recommended and have had no luck. When he’s at home we’ll remind him to go to the bathroom and 6 out of 10 times he will but not without a fight. We’ve tried to talk to him and figure out what exactly is going on but there seems to be no logical explanation for any of this. The daily arguments and tantrums are oh so exhausting and after yelling more than a few times, we all get frustrated and just give up. For the most part we’re still using the Pampers Baby Dry but we did buy a box of Pampers Easy Ups and sadly didn’t see any improvements in terms of transitioning to “big boy underpants”. We’re still going through 2-3 diapers a day with our 4.5 year old and he says that he’ll be out of them when he turns 5. I don’t believe him because he said the same for when he turned 4 and see where we are now! At the end of the day, he’s not ready for whatever reason. 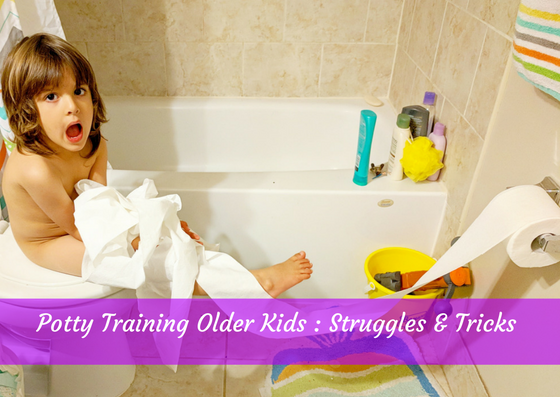 This is a question I get quite often and honestly, it’s not that we haven’t tried everything in our power short of full on banishing him to a life of ridicule. We’ve seriously tried it all (see below) and it hasn’t helped us any. I don’t prescribe to the wishy washy rules of parenting but with this one, I don’t see any other solution beyond letting him take control of this process. Dealing with diapers is a lot easier than having to clean up the mess off our couch and throwing every single pair of pants out (been there done that) and so, here we are! If you have other ideas on how we can “lay down the law” please do share. I’m willing to try ANYTHING (well, within reason).

We’ve received some great suggestions and I pride myself on being crafty, so I’ve come up with some stellar ones I was SURE would work, but sadly, no luck. However, each child is different and if you’re still struggling and have an older child potty training, maybe one of these will work for you.

We’ve been trying the above tricks for months now and some work and some don’t. Nothing has helped us with long term solutions but we’ll keep trying. Oh and yes, I know I really shouldn’t be shaming him but I’m only human and occasionally it totally happens. Going to hell for that one, yes I know! One thing we need to do is take him back to the family doctor to see if there might be some bowel issues as he says he doesn’t feel the poop/pee coming out. Hopefully a simple scan can help us with that. The other thing we’re wondering is if he might be lactose intolerant as we’ve had some stomach aches lately and loose stools, another thing to monitor.

Do you have any advice for us? Misery loves company so do share your stories with us and who knows, perhaps one of your tricks/threats might work for us even if it didn’t for you!!

Update : We met with our doctor in early 2019 and they determined that he may have a dairy allergy which MAY have been contributing to the lack of bowel movement feelings. We stopped dairy and it helped him immensely. He quickly moved out of diapers in Feb  2019 and while he does have occasional accidents we’ve been diaper free! 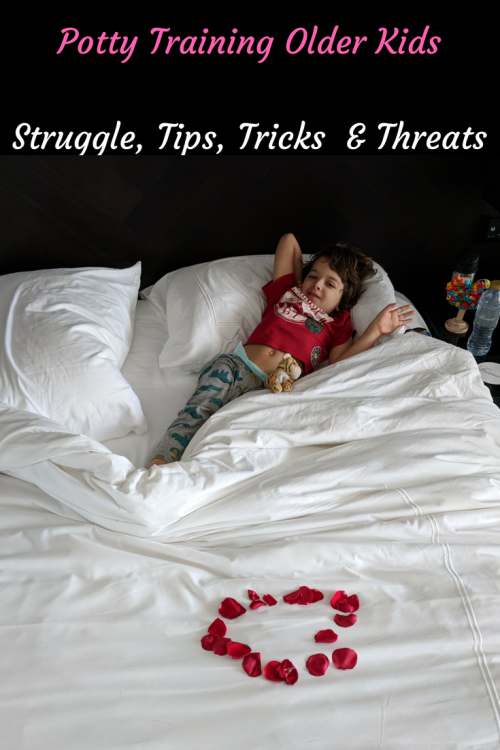